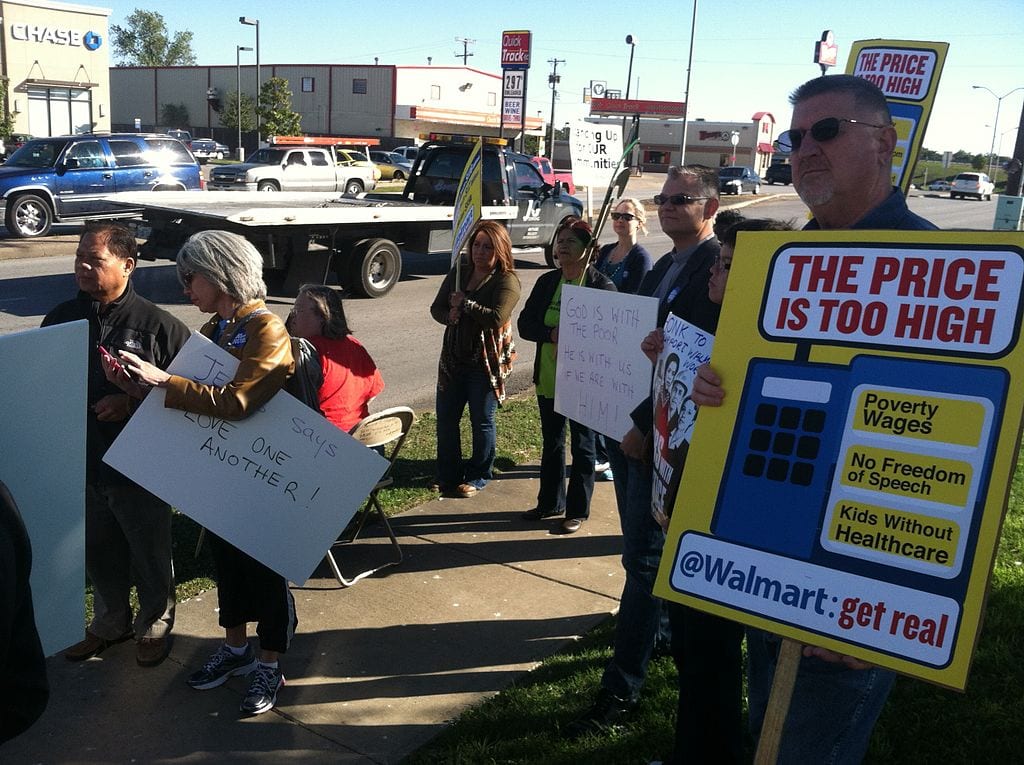 Let’s say employers must pay a substantially higher wage for all unskilled labor. Would this requirement lift many people out of poverty? Still more, would it lead to greater general prosperity?

Everything does come up roses — if you ignore costs and think only about the benefits. By the same faulty reasoning, however, you could take a cup of water out of one end of a pool and pour it into the other end, thinking you had raised the water level.

With that as a caveat, here are some of the rosy claims found on the website (raiseupmo.org) supporting Proposition B in the Nov. 6 elections in Missouri. If approved, Prop B would raise the minimum wage in Missouri in increments from $7.85 per hour today to $12 in 2023:

Take the first bullet point. Well, yes, you arrive at a figure of $2,800 if you take one dollar and multiply it by 2,800 hours (40 hours per week over 52 weeks). You can dress that number up a bit by calling it “new consumer spending per household” — even though most minimum-wage earners are not heads of households. Where is the business owner going to find the money to pay an extra dollar per hour for entry level workers?

You can see the trade-offs in watching how big employers have tried to juggle those options in responding to calls for higher “living wages” for inexperienced and unskilled workers. Amazon made a splash in early October — winning applause from Bernie Sanders and President Trump — when it announced a $15 per hour internal minimum wage for all of its hourly workers.

Soon after its big announcement, however, Amazon confirmed in response to queries that it is eliminating annual stock awards and bonuses for its hourly workers. In the past, Amazon gave warehouse workers a share of company stock for every year on the job, with an extra share at the end of five years. At the day-end price on Oct. 24, a share was worth $1,664. Reportedly, many hourly workers with two or more years of experience at Amazon are fuming that they are being short-changed to pay for higher wages for new hires.

Early this year, Walmart, the nation’s largest private employer, announced that it was raising its base wage from $10 per hour to $11. On the same day, it also announced that it is closing 63 Sam’s Club stores. Walmart — no longer the mighty job creation machine it used to be — has also invested heavily in e-commerce and in finding other ways to boost sales with minimal additions to physical stores and employment.

It is a simple fact: If firms cannot find profitable employment for unskilled workers bumped up to a higher pay grade for no good reason, they will employ fewer unskilled workers and look for new ways — through automation and other means — to do the same work at lower cost.

That last point is the big one for the purposes of this article. Minimum-wage laws are inherently anti-competitive. They protect unions and many entrenched businesses from the challenges of low-cost competition and new entrants to the marketplace.

Andrew B. Wilson, a long-time contributor to The American Spectator, is the senior writer and resident fellow at the Show-Me Institute, a free-market think tank based in St. Louis, MO.