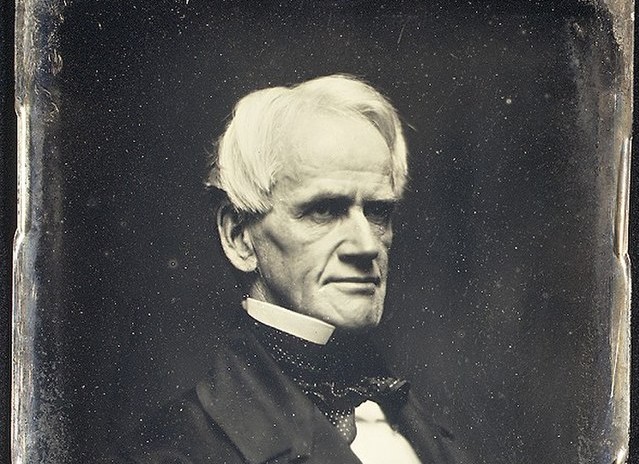 Horace Mann’s legacy is literally carved in stone. Across America his name appears in lapidary form above schoolhouse doors, a signal accomplishment for someone who turned 20 without spending more than six weeks a year in classrooms. Mann rose from humble beginnings to prominence by importing to America the educational model he observed in Prussia, and he ended life as a college president.

Mann’s initiative was known as the Common School Movement as it urged that all children be educated by government-run schools. Until 1811, Massachusetts had an established religion — the Congregational Church — and classrooms were extensions of the Puritan meetinghouse, with students taught from the Church of England’s catechism. The original Massachusetts constitution provided for earmarked funding of religious schools to accommodate minority faiths in a form of voucher program, through which members of other religions could direct educational dollars to schools they operated, thereby defusing religious strife.

But Mann viewed educational options as a bug, not a feature. In his mind, greater diversity led to fragmentation, with his establishment values challenged by competing worldviews. In his valedictory address from college, Mann inveighed against Islam, Hinduism, Catholicism, and Asian religions, and urged “Science” to “smite the Mosque and the Pagoda, as she did the convent and the Vatican.”

To Mann, Catholicism was a greater threat than other religions because of the influx of immigrants of that faith in the 19th century. The essays he wrote as an undergraduate referred to the pope as “the vice-regent of hell,” and his religious bigotry fueled the passion with which he pursued a monolithic school system.

It wasn’t just members of other faiths Mann distrusted; he thought parents could not be trusted with their children’s education. Anticipating Virginia gubernatorial candidate Terry McAuliffe’s recent comment that parents shouldn’t “be telling schools what they should teach,” Mann wanted to elevate educators above parents. Mann viewed children as statistics rather than members of families, and the hierarchical structure he copied from Prussia served as a defense against the masses, whom he thought should take orders from a priestly teacher caste.

Mann’s professed devotion to science was undercut by errors his rigid mind led him into, precursors to the educational fads of today. He believed that phrenology, a pseudo-science that claimed intellect and personality were determined by the size and shape of one’s cranium, was “the only practical basis for education.” When Mann caught a cold in 1838, he applied leeches to his body. He favored the failed “whole language” approach over phonics.

Mann’s views on race evolved over time, but early on he envisioned an all-white America achieved by returning freed slaves to Africa. He was forced by necessity to hire a “black lady” for housework when his wife returned to her parents for a time, and eventually rented a room in his home to a Black woman who attended a nearby teachers’ college.

Mann is thus less the saint we think of when his name is invoked with reverence and more a man of many faults, some typical for his time but others that reflected his particular make-up. Given the mixed bag that Mann presents, how heavily should we allow his dead hand to rule education today?

A starting point would be Mann’s distrust of democracy. In his day, only a small minority of parents were college graduates, but that figure is 36 percent today. There is thus less basis now for unquestioning deference by taxpayers to teachers; in Mann’s day a schoolmaster was likely to be the most learned man in town, but on parents’ night at an average school these days, the educational attainment of the audience is higher than that of the teachers. Mann’s view of enlightened professionals leading benighted commoners upwards towards the light thus no longer applies.

A second ground of distinction is that public services are better served by competition. Those who support alternative methods of K-12 learning today are cast as enemies of education, while in other public services competition among providers is welcomed. Is the transmission of knowledge and values from past to future generations through our schools less important than paving streets, for which competitive bidding is required?

Mann’s fear of diversity has no place in current-day educational policy. He grew up and lived in a world dominated by a state religion. His successors today are heirs to the monopoly his model acquired through the combination, now prohibited, of state with church. The time for that cartel of thought to be broken up is past.

Con Chapman is the author of “The Know-Nothing Amendments: Barriers to School Choice in Massachusetts” (Pioneer Institute), and “Rabbit’s Blues: The Life and Music of Johnny Hodges” (Oxford University Press), winner of the 2019 Book of the Year Award by Hot Club de France.