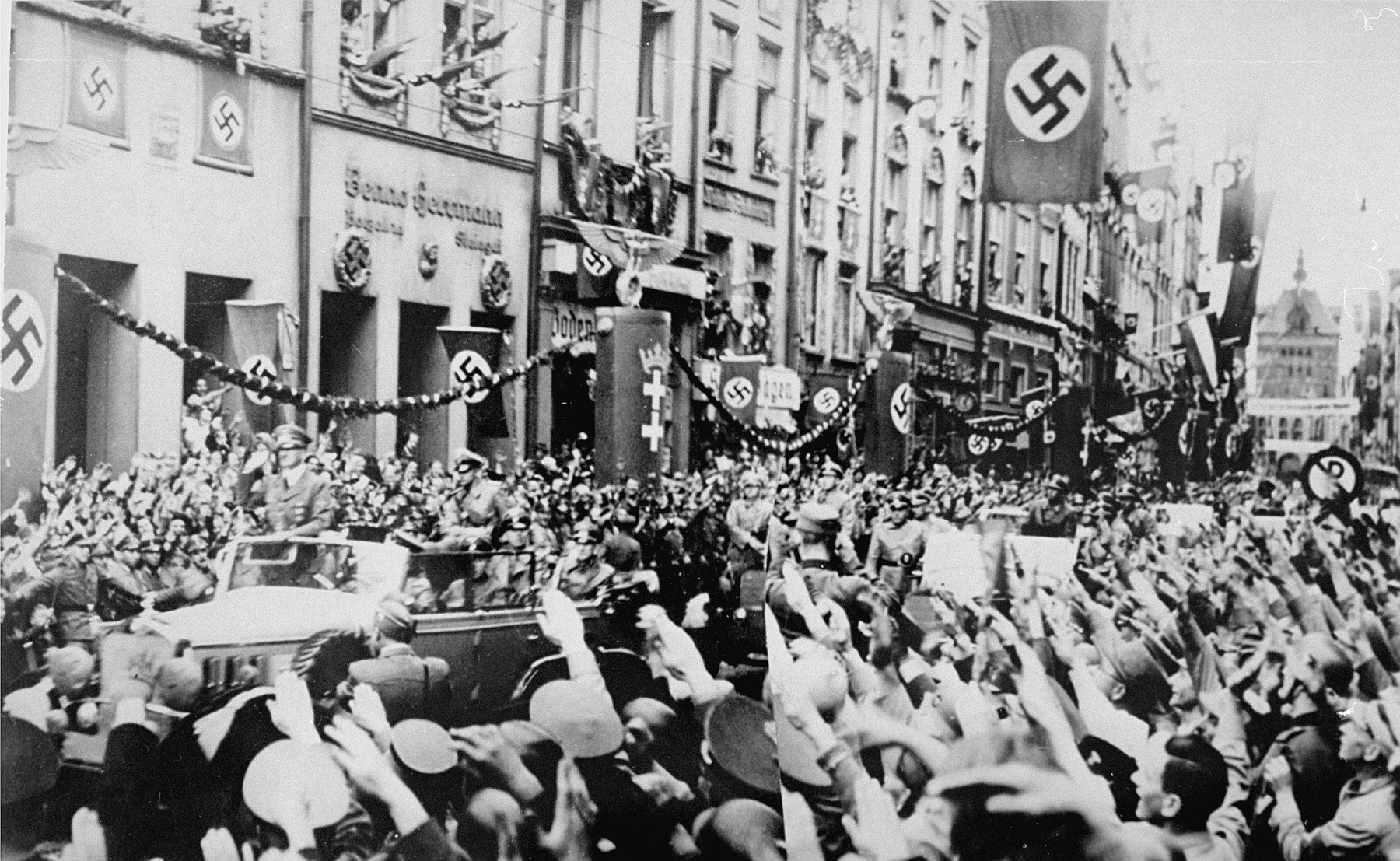 The classroom was so packed that there was barely standing room. It was so popular that students not enrolled in the course and even enrolled in other schools came to hear it: the final lecture in the basic course on European history, at the University of Illinois, Chicago, some 60 years ago, known as the Hitler lecture.

The lecturer was Robert L. Nicholson, not everyone’s favorite professor, but surely the most memorable.

A European historian of some distinction, Nicholson had published several well-received books on medieval history. But his passion was contemporary politics.

He was a vociferous anti-isolationist, believing that a destructive strain of American isolationism had almost resulted in the Nazis winning the war. His intellectual mission was to see that America never fell into that trap again, and that his students understood the evils of totalitarianism, of both the left and the right.

He would invite speakers from communist consulates in Chicago to lecture to the class and then eviscerate them with probing intellectual incisions, exposing their hypocrisy and duplicity.

He never proselytized or expected his students to reflect his politics, although he hoped they would. Rather than incorporate his politics into his teaching, he would write long political statements on the blackboard and not comment on them.

“Bricks for Bricker,” he wrote one day in jubilation as Ohio Sen. John Bricker, author of the ill-fated isolationist Bricker Amendment, went down to defeat.

He was the sort of adviser who told you directly and without qualification what the world was like. When a Jewish student told him that he wanted to become a history professor, Nicholson affirmed the decision and then explained the blunt realities of the job market for a member of the Jewish faith.

Today, that would be considered a micro-aggression, discouraging someone from choosing a career, and result in some spoiled student running to the office of diversity and inclusion with a complaint.

In those days, such realistic advice was difficult to hear, but greatly appreciated.

Nicholson uttered these unforgettable words to an incoming class at their orientation: “In their infinite wisdom the solons of the state have told me, I have to take all of you, but they neglected to tell me I had to keep all of you. Look to the left of you. Look to the right of you. By midterms, one of the three of you will be gone.”

It was another dose of reality, whether the students wanted to hear it or not. Today, students would run to the dean and claim the orientation lecture was discouraging, laced with negativity. A Star Chamber would be convened, and the professor would have to explain his remarks in the context of the university’s exceptional commitment to diversity, inclusion, and, above all, retention.

But if Nicholson and professors like him were to be drawn and quartered on the quadrangle at high noon, it would have been the Hitler lecture that would undoubtedly have condemned him to be torn limb from limb by the intellectual Gletkins who serve in the campus bureaucracy.

A diminutive man with a slight stoop, Nicholson marched into the classroom dressed totally in brown with a Nazi armband on one sleeve. There was no trigger warning. No one ever heard of such a thing back then.

“Attention, Brownshirts!” He began. “Today, I appear to you not as Professor Nicholson but as Adolf Hitler.” And then with hand outstretched, he would give the Nazi salute and say, “Heil Hitler!”

“Sieg Heil!” the students would respond. And then for the next 50 minutes, he gave a dramatic, spellbinding lecture, encapsulating the main elements of Nazi propaganda. He beat his chest, pounded on the lectern, and struck the map of Europe where the enemies of the Reich were.

It was a great performance! The class rose and gave a thunderous round of applause. He smiled, nodded in appreciation, and walked out. The applause followed him down the hall.

None of that could happen today. A diversity bureaucracy relentlessly needing to justify its overstuffed existence requires victims and targets. “Did you say ‘Heil Hitler’ in class?” would be the opening salvo, and a gaggle of intellectually challenged students and their administrative coaches would escalate the crime from there.

Decades later, sitting in a restaurant outside of Chicago, I reminisced with other former students who had the good fortune to have had Nicholson as a teacher. Some of us went on to become teachers ourselves and strove to emulate him, but that was impossible.

According to his obituary, he had no survivors. That was wrong. He had generations of survivors from his college courses, on whom his passion for teaching and his liberal politics have left an indelible mark.

Political correctness has destroyed that for this generation. The Hitler lecture could never be given today, and we are the worse for it.