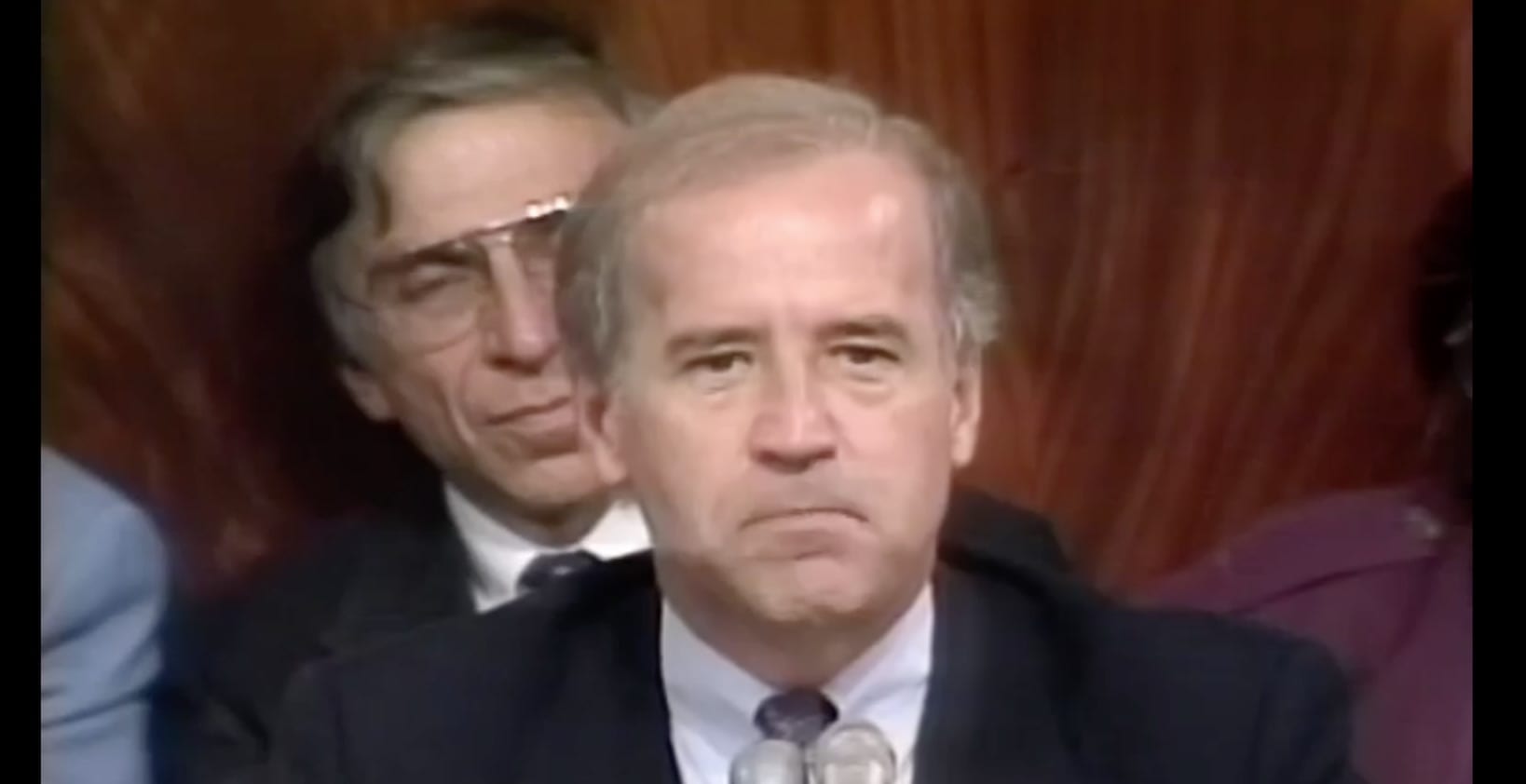 I say apparently because, at this point, the FBI investigation and report demanded by Democrats has not been publicly released (or leaked). Instead, Chuck Schumer and Dianne Feinstein (after reading the report) shamelessly rushed to the cameras demanding still further FBI investigations — not of the alleged witnesses, who apparently cleared Kavanaugh — but of Ford and Kavanaugh themselves, who would merely repeat what they said repeatedly last week. With this latest stunt by Schumer and Feinstein, it’s now obvious that this is a delay game, a game of moving the goalposts endlessly. Their bluff has been called. It’s a disgraceful deceit by two U.S. senators.

This time last week, I felt that a one-week delay — pushed by Democrats and agreed to by Jeff Flake — might be a wise move by Republicans if it served to vindicate Kavanaugh. It looks like it did just that. But rather than concede that reality, Democrats are doubling-down on the delay game.

Senator, have you no shame?

As for the apparent lack of corroboration by Ford’s named witnesses, that reality speaks either poorly of Ford’s memory or integrity, or something else. Let it be said emphatically that if Ford blatantly lied last week, then her actions were despicable. Nonetheless, short of a retraction or confession of some sort, we’ll never be able to render a definitive judgment on Christine Blasey Ford.

At the outset of the accusations against Kavanaugh, I did several interviews in the media. I tried to be as fair and charitable as possible, saying that I obviously didn’t know what happened to Ford at some moment in (to quote her at various points) either the early ’80s, 1982, or even the mid-’80s. I did know this much, however, and I repeatedly warned: For Brett Kavanaugh, there cannot, should not, and must not be a repeat performance of what happened to Clarence Thomas in October 1991.

We all know what happened to Thomas, right? No, not to the full extent.

The most egregious thing about what happened to Clarence Thomas is that it should never have happened publicly, on national television, amid all the cameras and full media spectacle. Anita Hill’s accusations, and Thomas’s response, should have been fielded by the Senate Judiciary Committee behind closed doors. The cast of lawyers sitting on that committee, including among the Democrats running it, knew that.

Instead, Democrats allowed Hill’s unsubstantiated charges to be laid out on national television, with no filter. The only purpose this ultimately served was to forever tarnish and (they hoped) undermine Clarence Thomas. The character assassination of Thomas was so successful — Thomas, bear in mind, was accused primarily of crude sexual comments (nothing physical) — that a perverse Sen. Patrick Leahy last week took a shot at Thomas in his questioning Kavanaugh, as if a grave historical-moral mistake had been made in October 1991 in not stopping Thomas, another serial sex abuser permitted to slither on to the Supreme Court to torpedo “the rights of women.”

Pat Leahy is the last remaining good old boy from the Democrats’ posse against Clarence Thomas, when he joined forces with Sens. Joe Biden and Ted Kennedy.

Ah, yes, those two. There they were, in October 1991, Joe Biden and Ted Kennedy, two paragons of purity, two models of morality, two men of renowned gentlemanly comportment toward women, two men never shy about overly affectionate public displays toward women (click here for some of Biden’s greatest hits), two men who never made women physically uncomfortable, recklessly ruining a man’s reputation because of alleged crude comments. That Clarence Thomas would be so bruised by this pair was the ultimate insult.

“This is a circus,” protested an irate Thomas, as his distraught wife sat behind him, a precursor to Kavanaugh’s wife in 2018. “It is a national disgrace.” Thomas called it “a high-tech lynching for uppity-blacks who in any way deign to think for themselves, to do for themselves, to have different ideas, and it is a message that, unless you kowtow to an old order, this is what will happen to you, you will be lynched, destroyed, caricatured by a committee of the U.S. Senate, rather than hung from a tree.”

It was a high-tech lynching, alright. Mostly because it was done in broad daylight for the whole nation to see.

Two weeks ago, prior to Ford’s and Kavanaugh’s testimonies, I told anyone who would listen that no such repeat circus, disgrace, or high-tech lynching should be permitted toward Brett Kavanaugh. This accuser’s charges in 2018, likewise with no corroboration, should not be aired on national television. This investigation by the Senate Judiciary Committee must be conducted behind closed doors.

And yet, there it was, again. All over again. Another soap opera. Another spectacle. Another wrecking-ball to another man’s reputation.

Today, one week later, we have the results of the very FBI investigation that every Democrat on the Judiciary Committee demanded in carefully scripted, blatantly obvious talking-points. The report apparently has proven that Ford’s charges cannot be corroborated. Nonetheless, Brett Kavanaugh stands as a man whose reputation has been ruined.

Kavanaugh should turn to all those Democrats and ask what an exonerated Reagan official once asked, “To which office do I go to get my reputation back?”