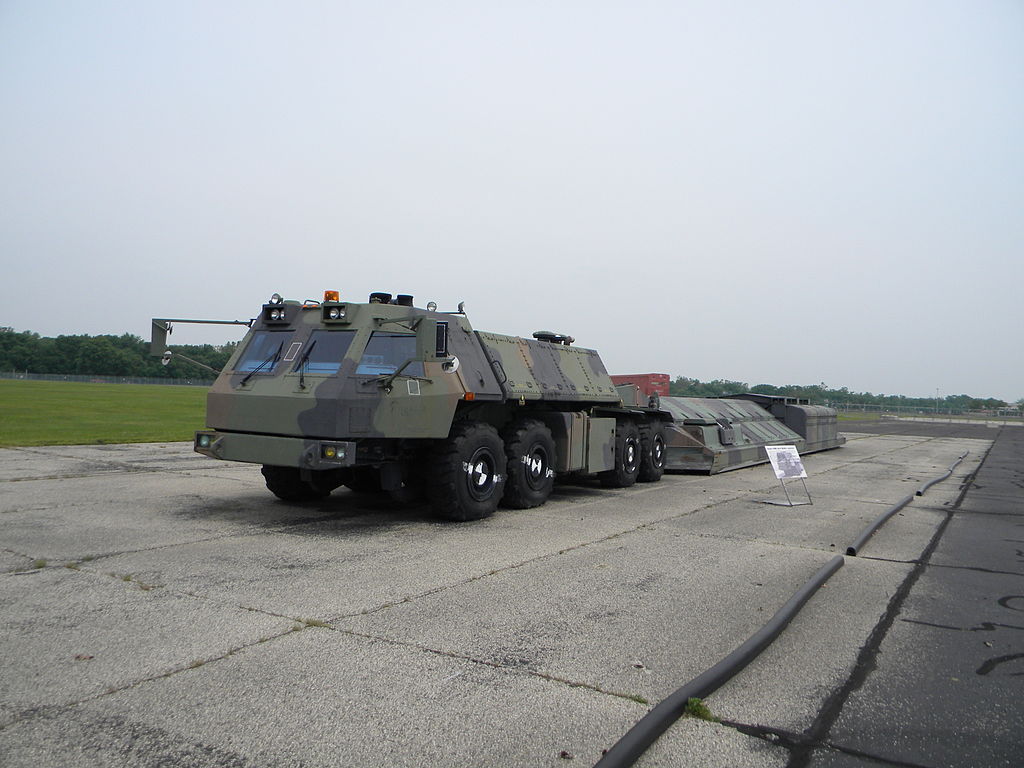 Russian officials have announced a successful test of the Sarmat Intercontinental Ballistic Missile (ICBM), which reportedly is an advanced version of the old Soviet SS-18 missile, capable of delivering up to 20 independently targeted nuclear warheads on targets. Those targets will be U.S. strategic nuclear forces — our aging Minuteman III ICBMs, submarine-launched ballistic missiles, and bases that host nuclear-armed bombers. The Sarmat missiles are accurate, immensely powerful (a 10 metric ton throw weight), and have ranges up to 11,000 miles. TASS recently reported that Russian President Vladimir Putin stated that it will be combat ready by the end of this year.

Kissinger dramatically concluded that “Rarely in history has a nation so passively accepted such a radical change in the military balance.”

As Mark Schneider, a former Defense Department official, and now a senior analyst with the National Institute of Public Policy, explains, Russia developed the potentially destabilizing Sarmat ICBM in the midst of the Obama administration’s negotiation of the New START Treaty and the Biden administration’s extension of New START. It appears that once again the “arms control delusion” may be opening a new “window of vulnerability” on U.S. strategic forces.

Back in December 1980, the Washington Post’s George Wilson noted the emergence of a real “missile gap” (unlike John F. Kennedy’s false missile gap in 1960) that the incoming Reagan administration faced largely as a result of arms control treaties and an ill-fated strategic doctrine adopted in the 1960s by the Johnson administration under the leadership of Defense Secretary Robert McNamara known as “Mutually Assured Destruction” or MAD.

“Reagan will be told,” Wilson wrote, “the Soviets have nuclear warheads on the line powerful and accurate enough to destroy half our land-based missiles standing silently in underground silos in the Northwest.” And Wilson continued, “Soon, the analysts will state, the Soviets will have so many of these accurate warheads deployed that they could destroy almost the whole U.S. force of” ICBMs. In the Summer 1981 issue of Strategic Review, nuclear weapons expert Blair Stewart warned that there was a “growing asymmetry” in “counterforce capability” that was “dramatically tipping the strategic-nuclear balance toward the Soviet Union.” The vulnerability of our land-based ICBMs, submarine pens, and bomber bases, afforded the Soviet Union with a “first-strike” capability that could leave an American President with the unpalatable choice of surrender or suicide.

Wilson’s Washington Post article laid the blame for the 1970s missile gap at the door of the Carter administration, and it noted that Carter’s Defense Secretary William Perry acknowledged being taken by surprise at the increased accuracy of the Soviet SS-18 ICBM. “We were caught short,” said Perry. But the blame, as noted above, goes back farther into the 1960s when the United States knowingly allowed the Soviets to eliminate U.S. strategic nuclear superiority under the MAD theory. MAD postulated that both sides needed only enough nuclear weapons to threaten to destroy each other, and that nuclear superiority didn’t matter.

Henry Kissinger, testifying before the Senate Foreign Relations Committee in July 1979, explained that the Soviets did not conform to McNamara’s MAD theory. “Instead of stopping when they reached [nuclear] parity with us, as the Johnson administration expected,” Kissinger said, “the Soviets continued their missile buildup — until they were frozen at the levels of the ceilings established by the first SALT agreement in May 1972. Then they switched energetically to qualitative improvements in their missile forces.” Kissinger lamented that “we have placed ourselves at a significant disadvantage voluntarily,” and this occurred as “the consequence of unilateral decisions extending over a decade and a half,” and most consequentially by the adoption of the strategic doctrine of “assured destruction.” Kissinger dramatically concluded that “Rarely in history has a nation so passively accepted such a radical change in the military balance.”

The Reagan administration responded to the Soviet “first-strike” threat by increasing the size of our own nuclear forces, hardening ICBM silos, and launching the Strategic Defense Initiative (SDI), which was derided by Democrats in the U.S. but which Soviet leaders took very seriously. In the end, the Reagan defense buildup and SDI helped close the window of vulnerability and end the Cold War.

Mark Schneider warns that “Sarmat will be Russia’s main nuclear counterforce weapon with the role of attacking the U.S. strategic nuclear deterrent.” “The very existence of this weapon,” Schneider writes, “is a reflection of the systemic failure of the 2010 New Start Treaty to constrain nuclear threats.” Yet, as Schneider notes, the Biden administration appears blind to the threat. Its Pentagon spokesman reacted to the successful test of Sarmat by stating: “We did not deem the test to be a threat to the United States or its allies. The Department remains focused on Russia’s unlawful and unprovoked aggression against Ukraine.” This statement caused the Washington Examiner’s Tom Rogan to label the Biden administration’s approach to Russia as “appeasement.”

At the same time that Russia tested its new ICBM, the Biden administration canceled a scheduled test launch of an unarmed Minuteman III ICBM, explaining that the U.S. is “a responsible nuclear power.”

A Defense News commentary notes that the Sarmat test coupled with China’s rapid nuclear expansion “underscores the need to modernize America’s own nuclear triad.” It appears that the Trump administration’s skepticism about extending New START and its plan to modernize U.S. strategic forces were entirely warranted. But elections have consequences, and the 2020 election may have opened a new window of vulnerability; a window that the Biden administration doesn’t appear willing to close.