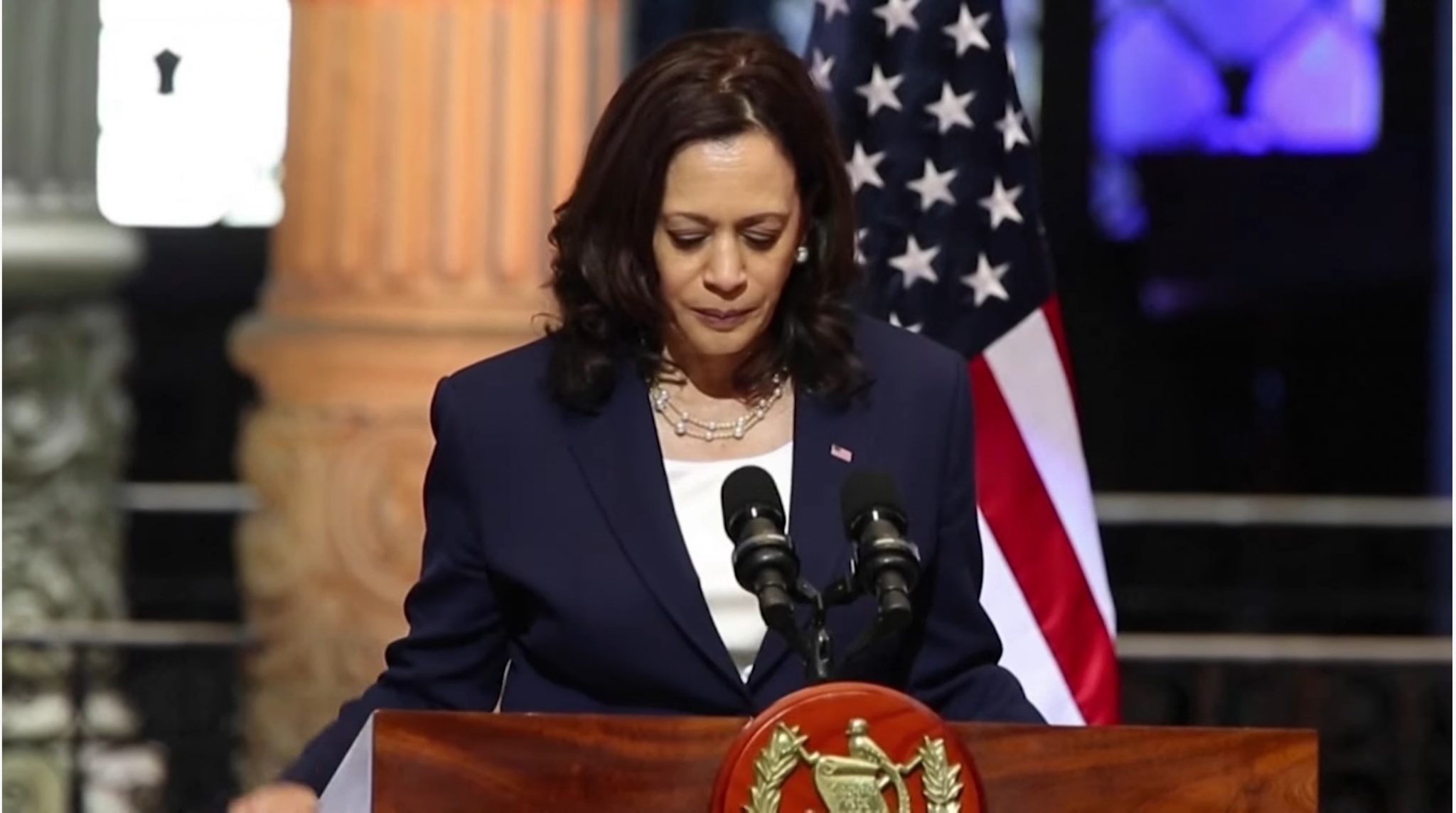 Vice President Kamala Harris, who is leading the Biden administration’s response to immigration from Central America, embarked on a two-day trip to Mexico and Guatemala Sunday. Harris stressed that the purpose of her trip was to focus on the “root causes of migration.” During her diplomatic travel, Harris pivoted her public approach to illegal immigration.

During a news conference on Monday with Guatemalan president Alejandro Giammattei, Harris said, “I want to emphasize that the goal of our work is to help Guatemalans find hope at home.” To those who make the trek to the southern border, Harris said, “Do not come. Do not come.”

She also claimed that the Biden administration would “continue to enforce our laws and secure our borders.”

The vice president’s comments starkly contrasted with her previous stance on immigration. In response to the Trump administration’s immigration policies, she tweeted in 2017, “An undocumented immigrant is not a criminal,” as well as stating, “Say it loud, say it clear, everyone is welcome here” with the #NoBanNoWall hashtag.

Giammattei has previously condemned the Biden administration for sending “confusing messages” to potential immigrants, adding that he was wary of safety hazards for migrant children. Before her arrival, he said that he and Harris “are not on the same side of the coin” and asked that the United States government “send more of a clear message to prevent more people from leaving.”

The vice president has likely switched her immigration philosophy in an attempt at damage control, but her comments attempt to put a Band-Aid on a gaping wound.

U.S. Customs and Border Protection has encountered nearly 900,000 illegal immigrants at the border since October 2020, including more than 170,000 immigrants entering in May. In April alone, roughly 6,000 immigrants were detained every day. The influx of immigrants in May and April, which broke a 20-year record, has prompted Biden to give an $86 million contract to hotels near the border to house the immigrants. And the prevalence of human trafficking and drug cartels add to an already complex and dangerous situation.

In an NBC interview with Lester Holt upon returning to the U.S., Harris discussed the purpose of her first foreign trip as vice president. After being asked if she had any plans to visit the U.S.–Mexico border — a contentious issue during her time as border czar — Harris repeatedly responded, “We’ve been to the border.” After Holt corrected her, saying that she has yet to visit the border, Harris laughingly said, “And I haven’t been to Europe, I mean, I don’t understand the point that you’re making.”

Harris’s efforts at mitigating the current migrant surge were met with criticism from both the right and the left. In response to her comments on NBC, Sen. Ted Cruz (R-Texas) pointed out that “we don’t have … a European border crisis.” And Rep. Alexandria Ocasio-Cortez (D-N.Y.) said the vice president’s comments were “disappointing,” as “We can’t help set someone’s house on fire and then blame them for fleeing.”