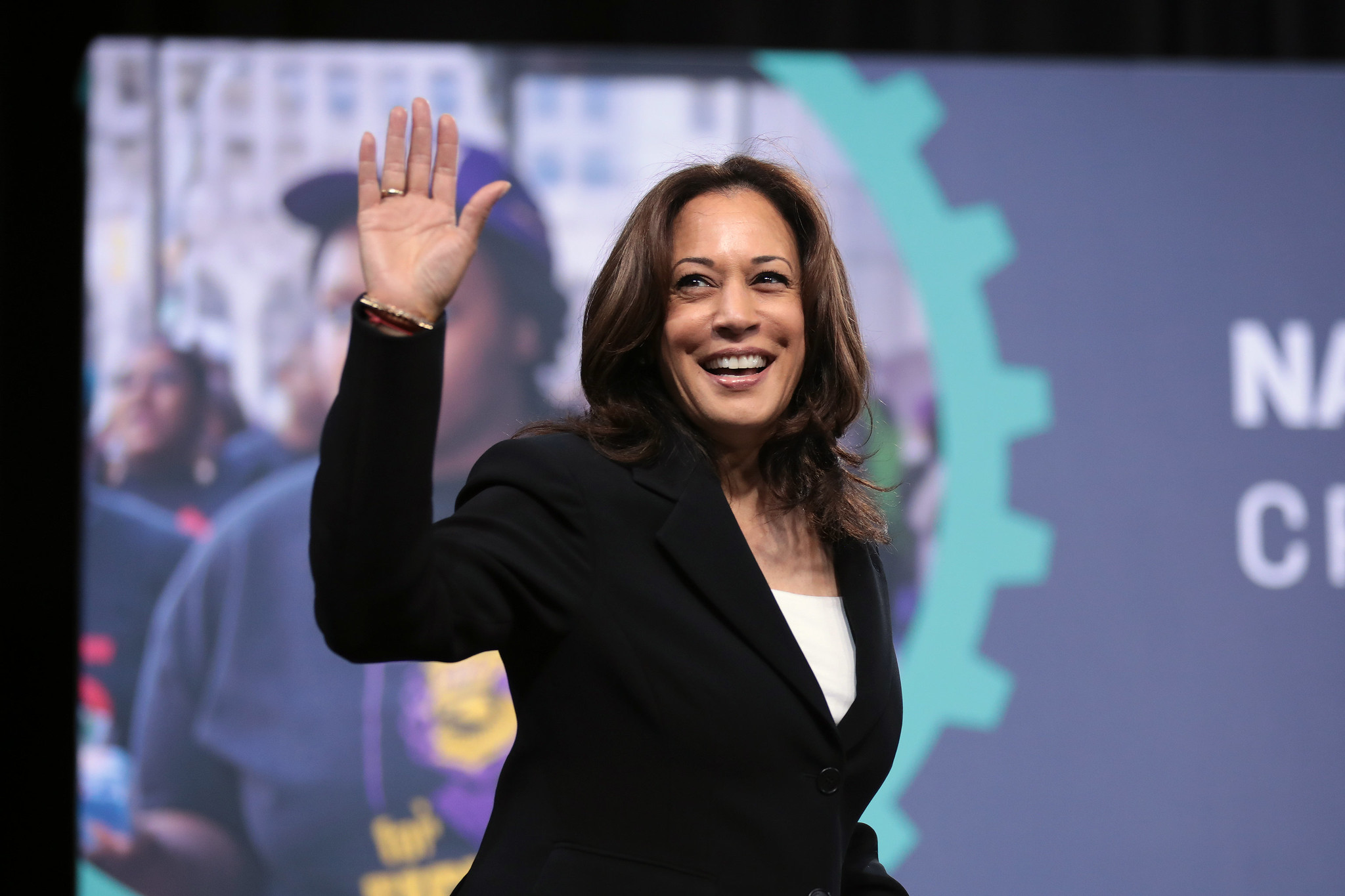 A Trafalgar poll released Monday spells danger for Vice President Kamala Harris, finding that almost 64 percent of Americans are not confident that she is ready to be president.

The report, released in partnership with Convention of States Action (COSA), surveyed more than 1,100 likely general election voters. The poll found that 63.6 percent of respondents were not confident in Harris’s ability to assume the presidency “[b]ased on her performance as vice president.” Only 22.2 percent were “very confident” in Harris’s ability to take Biden’s role if necessary.

While the majority (52.3 percent) of Democrats expressed confidence in Harris’s ability, a stunning 42.6 percent of Democrats responded “not confident,” saying that the vice president’s performance did not convince them that Harris was ready to be president. GOP respondents were even less convinced, with 88.4 percent of Republicans saying they were not confident in Harris, and only 8.8 percent saying they were confident in the vice president’s ability.

Only 4.8 percent of total respondents said they were “not sure” about Harris’s capability to succeed Biden.

Mark Meckler, president of Convention of States Action, pointed out that this voter sentiment is unusual. “These results, and the lack of confidence in Vice President Harris, are not normal,” Meckler told The American Spectator. “When Rasmussen asked this question about Vice President [Mike] Pence in the first year of [Donald] Trump’s term, over 60 percent of Americans were confident Pence was ready to lead if needed. Yet, even after all the glowing coverage from the media, 63 percent of Americans don’t trust that Vice President Harris is ready to lead, and that includes 43 percent of Democrats.”

The Trafalgar poll is the latest indicator that Harris’s ability to lead when necessary is highly doubted.

Harris has received tremendous negative press on various issues in her first half-year in office, especially for her perceived reticence to visit the southern border with Mexico. Harris waited three months after President Biden tasked her with immigration policy to pay the U.S.–Mexico border a visit. Before the border visit, Harris went to Guatemala, where Guatemalan president Alejandro Giammattei slammed Harris and the Biden administration’s immigration narrative as “lukewarm.”

On June 25, Harris visited the border but notably avoided migrant housing facilities such as Fort Bliss, described by current and former workers as “a stockyard” with “traumatizing” conditions. Harris had previously depicted migrant housing facilities like Fort Bliss as perpetrators of “human rights abuse[s].” When asked why Harris didn’t visit the facility, Homeland Security Secretary Alejandro Mayorkas refused to answer.

Harris has also had her fair share of gaffes. On Memorial Day, she stoked the ire of patriotic Americans when she posted a picture of herself smiling with a caption that read simply, “Enjoy the long weekend.” Although Harris also tweeted a message of remembrance for fallen heroes, the “long weekend” post was seen as tone-deaf by many Americans, including former Maryland GOP congressional nominee Kimberly Klacik, who sharply criticized Harris: “Long weekend? I know many are upset & saying this is disrespectful, but I believe you are really just stupid.”

The vice president continues to create controversy with her avowed support of critical race theory in American classrooms. In an April visit to New Hampshire, Harris told the Concord Monitor that discussions of systemic racism are “absolutely critical” to have with students, saying that systemic racism “goes to everything from our education system, housing, our system of wealth creation…. all of that is part of a system and the effects of that system still linger. So we have to recognize that.” Republicans in New Hampshire have lambasted critical race theory, with state Reps. Keith Ammon and Daryl Abbas calling CRT “divisive racist propaganda” and “a radical doctrine…. rooted in Marxism.”

Despite these gaffes and controversies, Harris’s political future is by no means ruined. A May poll by Mclaughlin and Associates found her chances of winning a Democrat primary (sans Biden) reached 35 percent, outpacing both former First Lady Michelle Obama at 16 percent and New York Rep. Alexandria Ocasio-Cortez at 7 percent. The report found that 94 percent of Democrat respondents were at least somewhat favorable to the vice president. Harris’s primary chances were echoed in a Trafalgar poll of likely Democrat primary voters that put her chances at 41.3 percent.

While Harris may have a shot at winning primaries, her combination of PR mishaps, perceived reticence to act on policy, and support for CRT are not winning favor with the broader American populace. RealClearPolitics lists her current approval rating at 45.3 percent and her disapproval rating at 46 percent.

As Americans continue to question Biden’s ability to execute the duties of the presidency, it remains unclear whether Democrats are capable of gaining the trust they so desperately need to stay in power.

Meckler believes that the lack of trust is endemic in the Biden administration: “This administration has not been upfront from the very beginning, and the voters know it. It’s why our polling has shown that Americans don’t think Biden is in charge, don’t trust Vice President Harris, and don’t believe Washington, D.C., even cares about the needs of Americans anymore.”