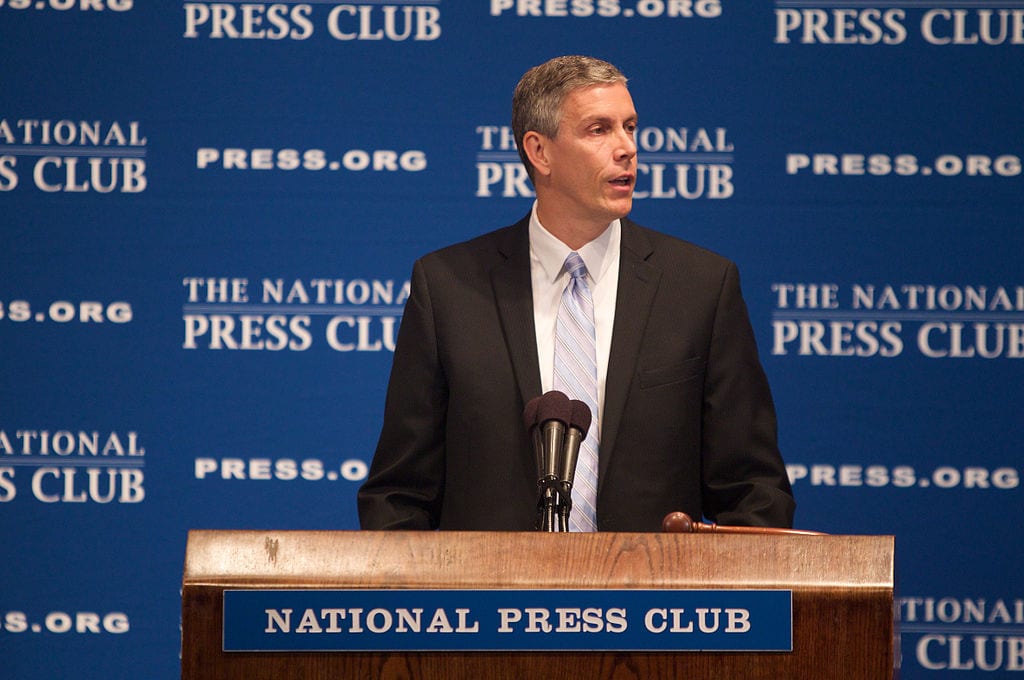 In response to the tragic shooting at a Santa Fe, Texas high school earlier in May, former Secretary of Education Arne Duncan tweeted, “What if no children went to school until gun laws changed to keep them safe? My family is all in if we can do this at scale. Parents, will you please join us?”

Duncan’s shoot-from-the-hip reaction embodies the “action for the sake of action” mentality that so often follows in the wake of heartbreaking school violence. Duncan, the former CEO of Chicago Public Schools, served as secretary of education under President Barack Obama. Apparently, Duncan is taking advice from Chicago’s mayor and former Obama chief-of-staff, Rahm Emanuel, who infamously quipped, “Never let a good crisis go to waste.”

By no means is Duncan’s “call to action” extraordinary in the aftermath of heinous crimes. This tactic has become commonplace among those on the Left. Just tune in to any Hollywood awards show and you’ll most likely be inundated with celebrities espousing the pressing need to enact gun control at the drop of a hat. Gone are the days of respecting the grieving process for victims and families. Now, everything is said and done for political gain, and it happens almost immediately after a tragedy — especially when guns are involved.

“Student-led” protests and Duncan’s call for a nationwide school boycott this fall to spur legislators to pass gun control laws are disingenuous and put the cart before the horse. The student-led protests are little more than AstroTurf shenanigans perpetuated by the anti-gun lobby, which uses students as pawns to garner attention and sympathy. Like Emanuel’s crisis aphorism, anti-gun groups will use whatever tactics necessary to “win.”

Putting emotions and political tactics aside, the real focus should be on properly diagnosing why these shootings are happening in the first place and then working to enact realistic solutions. Demanding the nation’s 270 million guns magically disappear isn’t going to happen anytime soon, regardless of how badly gun-control activists wish it would.

A problem as complex as the scourge of school violence is multifaceted and requires an all-encompassing set of solutions, one that addresses the cultural, economic, and social origins of our problems with violence. It’s understandable that humans would want to immediately stop these horrific murders, but it’s naive to believe that a set of laws will eliminate or even substantially decrease such atrocities.

If simply passing gun-control legislation worked, then those cities and states with the strictest gun laws would be the safest, and the evidence shows they clearly aren’t. Don’t believe us? Go ask the people of Chicago’s South Side whether they think gun control has worked in their community. Or take a few minutes to examine the crime statistics in states such as Idaho or New Hampshire, where guns are readily accessible and gun-related homicides are relatively rare.

In fact, the Giffords Law Center to Prevent Gun Violence, a group that advocates for gun control, gives in its current gun-control report card “F” grades to three out of the four states with the lowest homicide rates (Maine, New Hampshire, and Vermont). It also gives “A” or “B” grades to some states with high homicide rates, like Maryland, which received an A grade for its gun laws but is one of the five worst states for homicide, according to FBI’s Uniform Crime Reporting data.

What America desperately needs is a deep self-examination of its important institutions, including the breakdown of the family, and what the meaning of morality is in our postmodern world. That’s not something most politicians or left-wing media pundits want to discuss, however, because the harsh truths that would likely emanate from a frank inspection would undermine some liberals’ longstanding attack on traditional America. It’s much easier to blame gun owners, which is a minority group in the United States, and call for gun bans.

There are policy solutions that lawmakers can pursue that would likely help to make schools safer. More resources could be invested in increasing trained, armed security at schools, for instance. Access points could be limited to a single, well-guarded part of the school, making it difficult for someone to enter with weapons without facing resistance.

However, these are merely Band-Aids on the much-larger societal problems facing the United States. Until Americans realize that’s where these issues really need the most attention, not in Washington, D.C., violence can only be contained to a limited degree.