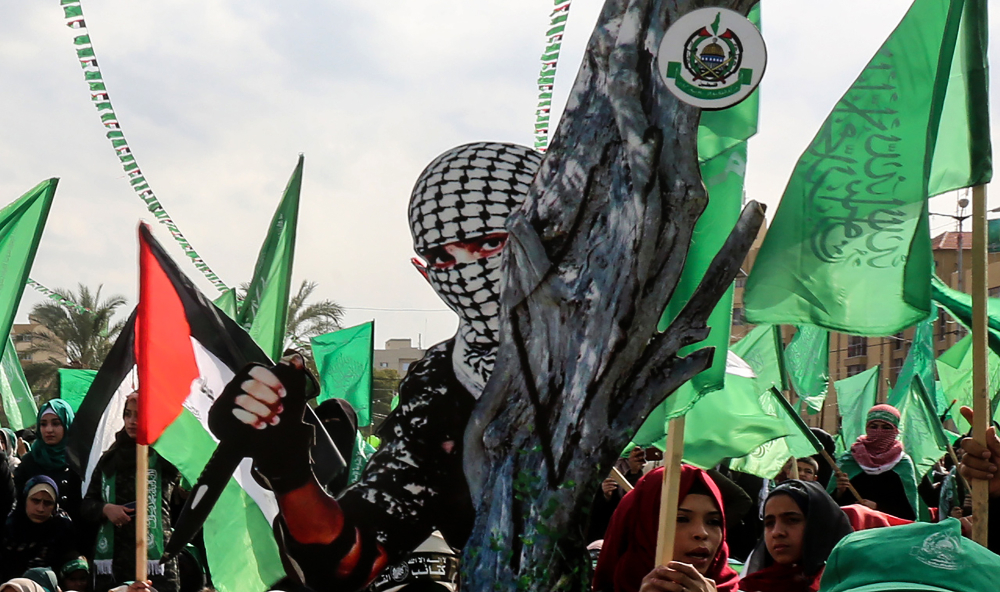 The latest round in the war between Islamic terrorists and Israel broke out last Monday with an unprovoked rocket and missile attack against Israel launched by Hamas terrorists in the Gaza Strip. It is playing out, as these wars always do, with casualties on both sides but also in some highly unusual ways. Israel will survive this war, but its society and government may be greatly changed by it.

Among the usual effects are attacks on Israel by American congressional Democrats and media and the terrorists’ success in broadcasting disinformation around the world. There is also the carefully calibrated mini-interventions by Syria and Lebanese Hizballah, both of which have fired several missiles at Israel. (I use the term “Hizballah” for that terrorist network rather than the bowdlerized “Hezbollah” because that is the name they use for themselves.) Unusually, there are Arab-Jewish riots in several cities across Israel.

Israeli politics has been in turmoil for two years, in which there have been four parliamentary elections. Prime Minister Benjamin Netanyahu, who has been in that post since March 2009, is so greatly disliked by many Israeli politicians that he has been unable to assemble a coalition government in those four elections. Hamas may have timed this war to topple Netanyahu’s government, which no longer can rely on the friendship toward Israel — and Netanyahu personally — that was U.S. policy under Trump. Biden and his closest advisers have an abiding personal dislike for Netanyahu. While they mouth the words of undying alliance with Israel, they’d love to see Netanyahu tossed out.

By launching what is now more than 3,000 rockets and missiles at Israeli civilians in several cities — most of which are intercepted by the Israeli “Iron Dome” antimissile system and about 15 percent of which fall on Gaza, causing casualties that Hamas blames on the Israelis — the Palestinian terrorists may have done what the Israeli pols couldn’t: unify Israel under Netanyahu.

Netanyahu, who is on trial for corruption, remains strong. He has said that Israeli Defense Forces operations against Hamas in Gaza will go on as long as necessary.

Naftali Bennett, leader of one of the conservative parties opposing Netanyahu, has dropped his opposition to a Netanyahu-led coalition for two reasons: first because of the Arab-Jewish riots, which are a direct threat to Israeli democracy, and second because any anti-Netanyahu coalition government would have to be supported by Mansour Abbas, leader of an Islamist Arab party that is aligned with the faux government of Mahmoud Abbas’s Palestinian Authority and is sympathetic to Hamas.

If Netanyahu’s prime ministership survives this war, he may be more powerful than ever.

As I have written before in The American Spectator, President Trump’s Abraham Accords, under which Israel has made peace with a few Arab nations, proved that the Palestinians are irrelevant to a broad Arab peace with Israel. The Arab nations are much more frightened by the danger posed by Iran than any threat they may perceive from Israel.

For that reason alone, the Abraham Accords should survive this Hamas war and thus will redundantly prove that point. Several other Arab nations should find it necessary to join the Accords after this war because, as they survey Iran and Israel, the choice of joining or not may be uncomfortable but essential.

The problem is, of course, President Biden. He will not make any diplomatic effort to expand the Abraham Accords. Though he has managed to say that Israel didn’t overreact to the Hamas attacks, his position may change. His personal dislike for Netanyahu — which is shared by his advisers — may cause him to criticize Israel severely. Others in his party, such as Rashida Tlaib, Ilhan Omar, and the effervescently dumb Alexandria Ocasio-Cortez, have already accused Israel of terrorism.

That accusation is nonsense. Israel is the only nation whose forces give warning to civilians to vacate buildings used by Hamas before those buildings are attacked. They did so last weekend before blowing down a building that housed Hamas offices as well as journalists from the Associated Press and al-Jazeera, the all-jihad-all-the-time Arab television and radio network. All Biden & Co. managed to say is that protecting journalists is of utmost importance, implying that killing terrorists who are attacking Israeli civilians is a lesser concern.

Congressional Democrats like Omar, Tlaib, and Cutie-Cortez overlook the fact that Hamas — like several other Palestinian terrorist groups such as the Popular Front for the Liberation of Palestine, Palestinian Islamic Jihad, and Hizballah — have been formally labeled Foreign Terrorist Organizations since 1997. To qualify for that label, an organization has had to be responsible for taking American lives.

Biden should, but won’t, say clearly that the Israelis are the good guys and Hamas are the bad guys in this war. He won’t because his closest advisers, including Susan Rice, Antony Blinken, and Jake Sullivan, wouldn’t let him even if he wanted to. They — and Biden — hope that Netanyahu will be thrown out of office as a result of this war, but that is most unlikely.

Hamas, as it has in the past, is doing whatever it can to exaggerate casualty counts and will — as Hizballah did during and after their war in Israel in 2006 — use “fauxtography,” posed and photoshopped pictures and videos of supposed Israeli “war crimes.”

The last time they tried this the UN Human Rights Council (which is notoriously anti-Israel) commissioned South African Judge Richard Goldstone to investigate supposed Israeli war crimes in Gaza during “Operation Cast Lead,” which ran in 2008–09.

Unfortunately for Hamas and the UN, Goldstone was an honest investigator. Though he didn’t exonerate individual Israeli soldiers, his reports in 2011 found that there was no Israeli policy to intentionally target civilians and that Hamas had committed a number of serious war crimes.

Israel has wised up in its use of the media. It is not above using the media for its own purposes, nor should it be. A false report, planted last week with the media, said that Israeli tanks and ground troops were moving into the Gaza Strip to attack Hamas positions. That report had the effect of driving Hamas fighters into their underground network of tunnels that have been constructed to burrow under the border with Israel and under much of Gaza to hide people and weapons. When they had gone underground, the Israelis bombed several tunnel complexes, reportedly with U.S.-supplied bunker busters, killing an unknown number of Hamas terrorists. Good on ’em.

Israel’s “victory” in this war will be, as similar past conflicts have been, both partial and temporary. But Israel will change.

Israel’s Arab citizens — of which there are almost two million, nearly 20 percent of the population — enjoy almost all of the rights Israelis do. They vote and their representatives sit in the Israeli parliament with full voting rights. (One exception is that they are ineligible for military service in the Israeli Defense Forces.) They hold jobs and, until now at least, have been good citizens. But the riots between Arabs and Jews over the Hamas attacks shows that many — too many — no longer value Israeli democracy.

That dims the prospects for Israel to continue as a thriving democracy. Hamas is, like Hizballah, supplied with rockets, missiles, and other weapons by Iran. Many of the Hamas-fired rockets and missiles are built in the Gaza Strip using smuggled Iranian engineering plans and materials. That Syria and Lebanese Hizballah — an Iranian proxy — have fired missiles at Israel during this round of war shows how emboldened they are by Israel’s political stalemate. They are tempted to start a larger war by continuing and increasing their missile attacks. Israel would be hard-pressed to fight a three-front war.

Biden, who is beset by crises on the border, inflation surging because of his over-spending, and the gas shortage caused by the Colonial Pipeline shutdown after a cyberattack, should speak out in support of Israel’s democracy, but he won’t. Like Jimmy Carter was in the 1970s, he is befuddled and unable to deal with any of these crises.

If Trump were still president, Israel would have a reliable ally in the United States. Biden isn’t one. Israel, as my friend Chuck Freilich (former Israeli deputy national security adviser) has written, is entirely dependent on U.S. military and other aid that Omar, Ocasio-Cortez, and Tlaib want to threaten. They, and other anti-Israel democrats like Bernie Sanders, are enough to silence Biden.

Biden should warn Syria and Lebanon that if they make further attacks, U.S. support for Israel will have no limitations. Because he won’t, his weakness is an invitation to a wider war.