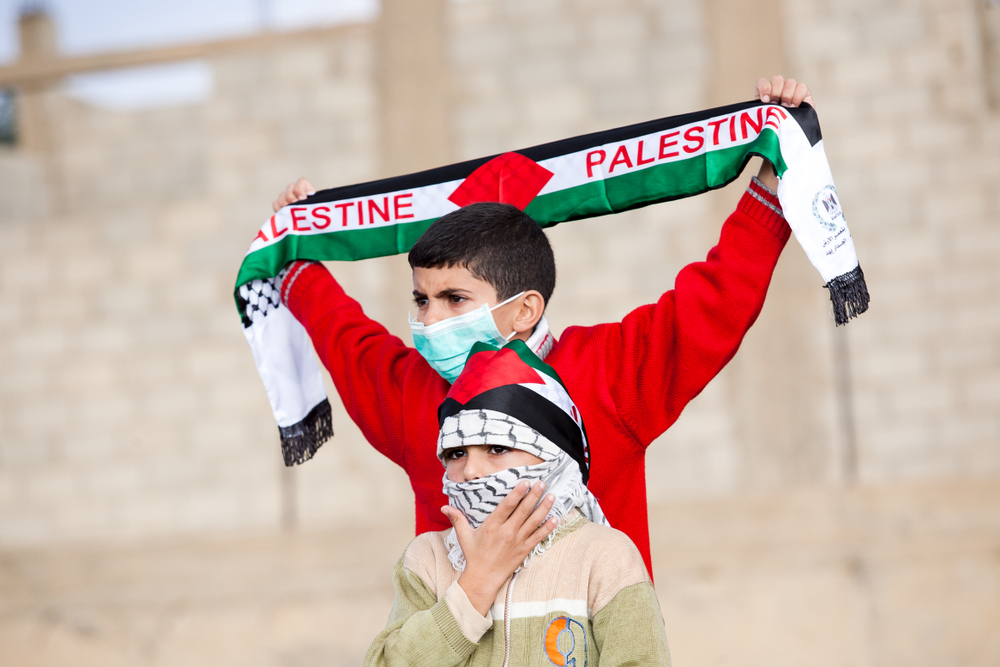 Commencing shortly after his inauguration, President Biden has been decreasing U.S. support for Israel that had existed under former President Trump. He has done so by resuming relations with and payments to the Palestinian Authority (PA), undermining the Abraham Accords; by withdrawing U.S. opposition to the Durban Declaration; and by stating his intention to resume U.S. participation in Obama’s nuclear weapons deal with Iran.

President Trump, by engineering the Abraham Accords between Israel and Arab countries, proved what this column has been saying for decades: that the Palestinians, whose only reason to exist is to fight against Israel’s nationhood, are irrelevant to peace in the Middle East. They had been used by the Arab states as a political tool against Israel, and Biden evidently wants that use to resume.

The Abraham Accords were one of two of Trump’s major diplomatic accomplishments, the other being his cancellation of Obama’s 2015 nuclear weapons deal with Iran, the so-called “Joint Comprehensive Plan of Action” (JCPOA). Revoking the JCPOA greatly benefitted both our and Israel’s national security significantly, as did Trump’s massive campaign of economic sanctions against Iran.

Trump did much more, recognizing Jerusalem as Israel’s capital, moving our embassy there from Tel Aviv, and cutting off U.S. funding of the Palestinians.

In short, Trump threw out the old approaches to Middle East peace that had failed to bring it about for more than three decades and pushed ahead with better solutions that actually had a chance to succeed. Biden is in the process of throwing it all away and returning to Obama’s anti-Israel policies.

In January, Acting UN Ambassador Richard Mills announced U.S. support for the “two-state solution,” which would presume a Palestinian state existing peacefully with Israel. In March, Biden resumed payment of U.S. funds to the Palestinian Authority, supposedly in support of Palestinian refugees. The aid – $15 million for “vulnerable communities in the West Bank and Gaza and $75 million in “economic aid” to the PA – is only the beginning. Congress has been notified of Biden’s intent to pay $125 million to the PA.

Much of the aid we and other nations give to the PA isn’t spent on helping refugees but on support for terrorists and their families. It is a matter of record that in 2020 alone the PA paid about $150 million to incarcerated or freed terrorists as well as in “martyr’s” benefits to the families of terrorists who were killed while conducting or attempting terrorist attacks. Those payments continue.

The 2001 Durban Declaration – a laboriously long resolution – was made by the “World Conference against Racism, Racial Discrimination, Xenophobia and Related Intolerance.” Its effect has been to single out Israel as a “racist” state and affirms the Palestinians’ key demand of a “right” of all “Palestinians” – not the 700,000 who left in 1948, but at least six million of their descendants – to return to Israel.

If all of those people were to return to Israel, Israel would have a majority Arab population and cease to be the self-governing Jewish state created by the UN. (The “right of return” is entirely fictitious, based on disinformation and an intentional misreading of a subsequent UN Resolution.)

At about the same time, the State Department issued its annual Country Report on Human Rights, which significantly changed the Trump administration’s language in the previous report.

The new report eliminates the statement that the Palestinians exercised no control over Jerusalem, Israel’s capital. It also adds the term “occupied” to lands Israel controlled since the 1967 war, saying that one section of the report “covers Israel within the 1949 Armistice Agreement line as well as Golan Heights and east Jerusalem territories that Israel occupied during the June 1967 war and where it later extended its domestic law, jurisdiction, and administration.”

Those two statements indicate a significant shift in policy away from what Trump accomplished. As significant as those indications of a policy shift are, Biden’s undermining of the Abraham Accords are equally significant. He has, for example, stopped the sale of F-35 aircraft to the UAE, which was one of the inducements for it to sign the Abraham Accords and make peace with Israel.

Israeli Prime Minister Benjamin Netanyahu has been the most vocal opponent of Obama’s JCPOA, which puts him in opposition to Biden’s big push to rejoin the agreement. Israel cannot afford for Iran to obtain nuclear weapons. The Jewish state could easily be wiped off the map by any nuclear attack, as Ayatollah Khamenei has often said.

Biden visited Israel in 2010 to assure Israel that Obama was committed to its security after Obama’s 2009 Cairo speech, in which Obama praised the Palestinians, quoted from the Koran, and said he wanted all U.S. troops out of Iraq by 2012. Biden went to Israel to convince the Israelis of Obama’s dedication to ensure Israel’s security in regard to the growing Iranian nuclear threat and to visit Palestinian President Mahmoud Abbas. In meeting with Abbas, Biden encouraged the never-ending “peace process” negotiations.

Biden’s assurance of Obama’s commitment regarding Iran, as the signing of the JCPOA proved, was entirely false. The JCPOA, which contains no right to inspect all of Iran’s nuclear sites and ignores its development of missiles capable of carrying nuclear weapons, is enormously dangerous for Israel, the U.S., and the entire world. Yet Biden is committed to undoing Trump’s revocation of the JCPOA.

Biden is reversing all of the progress Trump made in the Middle East and reverting to Obama’s opposition to Israeli security and independence. The damage he is doing, so quickly, may not be repairable.