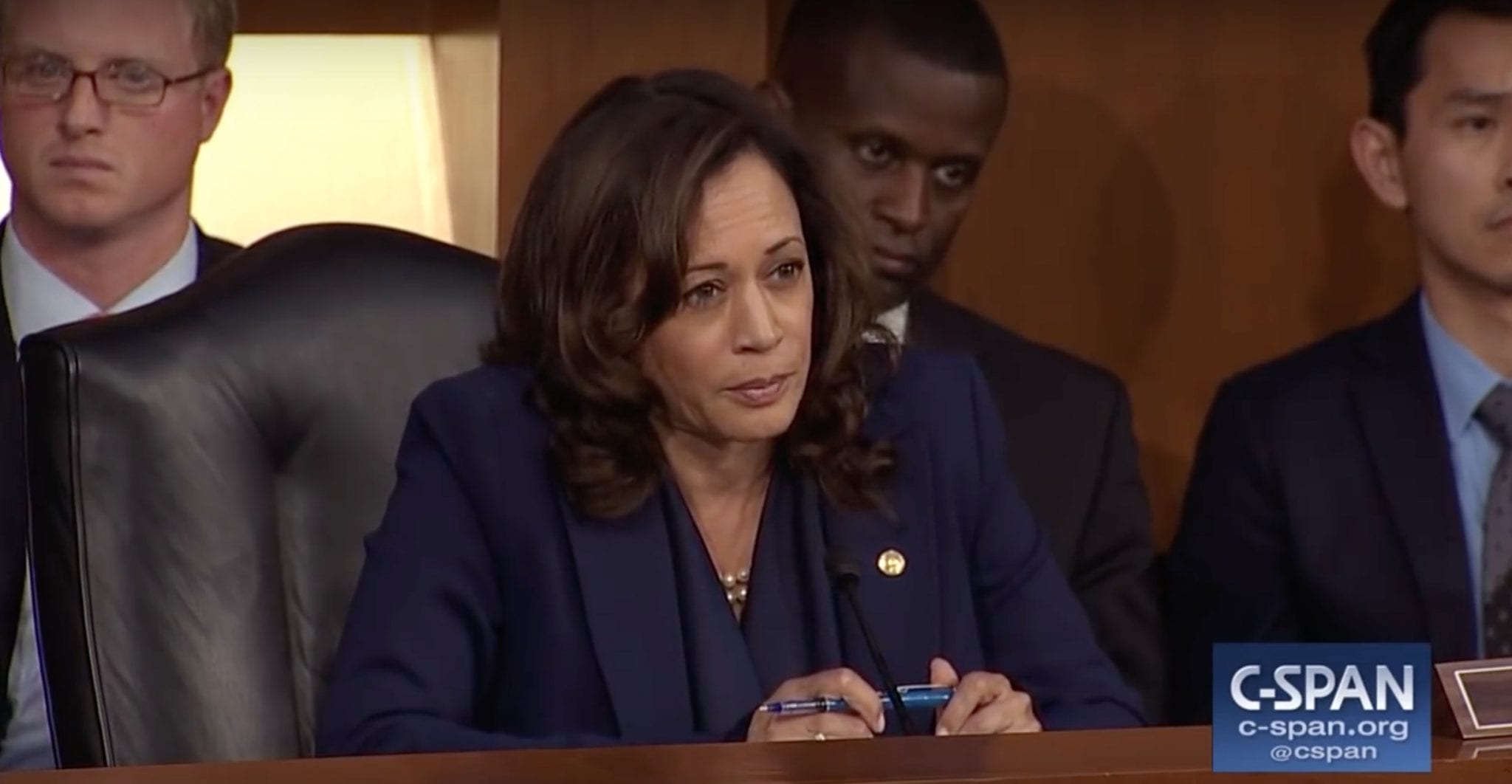 So. The hearings of the Democrats versus Trump. Any trick. Any sneering innuendo. Any vile trick will do to try to upset Judge Kavanaugh. My favorites are the idiotic sniping by our California Senator “Kamala” Harris. She’s trying to “trap” Judge K. into saying he either met or did not meet with some unnamed person about the Mueller inquiry into Russian witch craft. There’s no point to the questions and no point is ever dragged forth, except that Kamala Harris is a fool. Then there’s New Jersey’s Cory Booker, who wants to show that he’s even more of a fool than our Senator Harris. He’s got some public papers which he’s trying to show are secret and he’s Martin Luther King, Jr. by revealing papers that are already public. How stupid can you get, Senator? There’s no “there” there and you’re just a big dope.

It all reminds me of when I was 9 years old and we lived on the other side of a dense stand of maple trees in Maryland. I could only find my way home by listening for my mother watching the Army-McCarthy hearings, which she did nonstop. She was anti-Communist to say the least. But she was deeply uneasy about McCarthy. She even taught me to say my Pop was a “statistician” rather than an economist because “economist” out of my young lips might sound like “Communist.”

But those hearings, even with the wicked little dwarf, Roy Cohn, and the cunning little magician, Joseph Welch, were Shakespeare compared with the Kavanaugh hearings. Today’s hearings are like rap compared with Mozart if we contrast them with the McCarthy hearings.

Well, Kamala Harris never really got to any kind of point. Cory Booker came across as a bully and a fool. But that’s their right as Senators. Still, it’s sad that we as a people aren’t prostrate with gratitude that we have a man as brilliant and learned and fine as Judge Kavanaugh who will take this kind of nonsense day after day for a basically minimum wage job. It’s an act of pure altruism and patriotism as far as I can tell.

God bless you, Judge. And God bless Mr. Trump for naming such a fine man to the Supreme Court. As far the actors trying out for President in 2020, Senator Harris and Senator Booker… good luck. But I think Americans see right through you.

Speaking of politicians who tell a lot of lies, how about Mr. Obama saying the economy was just as good in 2015 and 2016 as it is now? It takes 10 seconds to look up the data on Bing or Google and you see that the economy is far, far healthier than it was in 2015 and 2016. Mr. Obama is a comically inept liar. Key question, though, about the recovery: Is that because of anything Mr. Trump did or is it just the business cycle? I don’t know the answer AND NEITHER DOES ANYONE ELSE.

As my Pop used say with a mournful look, “We still just don’t know much about macroeconomics.” Somehow, in any event, the economy is roaring along and God bless us all. I hate the new tax law, which is deadly poison for me. But I am a citizen and I have to pay my taxes anyway.

Further speaking of my old Pop, it’s now 19 years since he entered immortality. My sister was holding his left hand and I was holding his right hand, reading him the Psalms as the line went flat. I feel the pain every hour of every day. My father grew up with very little besides a prodigious intellect. He graduated from high school at 15 and entered Williams College, the finest small college in the country, in 1931, and loved it there. They took care of him.

Despite the fact that his own father had been jobless for most of the Great Depression and could do little for him, my father did everything for me. His guidance and insights and connections got me very far down the road of life. Just for one example, my Pop helped me get the summer job at the State Department that allowed me to go to the July 4, 1966 Junior Foreign Service Officers’ Ball. It was there that I met my wifey. We’ve been together one way or another ever since. My Pop’s friends got me into the RN White House, a job of great consequence for me. My parents were also extremely generous to me. It made a huge difference.

When I got sick at Yale, my father came to rescue me. He was a man of great heart. His loyalty was unquestionable. He would not have turned on RN or Mr. Ford, for whom he was also briefly Chair of the Council of Economic Advisers, if you had offered him a billion dollars. It would have been inconceivable to him that a White House aide would write a piece anonymously biting the hand that feeds him.

Anyway, now it’s 19 years since I have looked into his intelligent brown eyes. Hours before he expired he was writing a piece about expectations of Treasury bond yields. I still have the notebook. It’s spattered with blood from the needles they were endlessly taking in and out of him.

God almighty, I miss him.