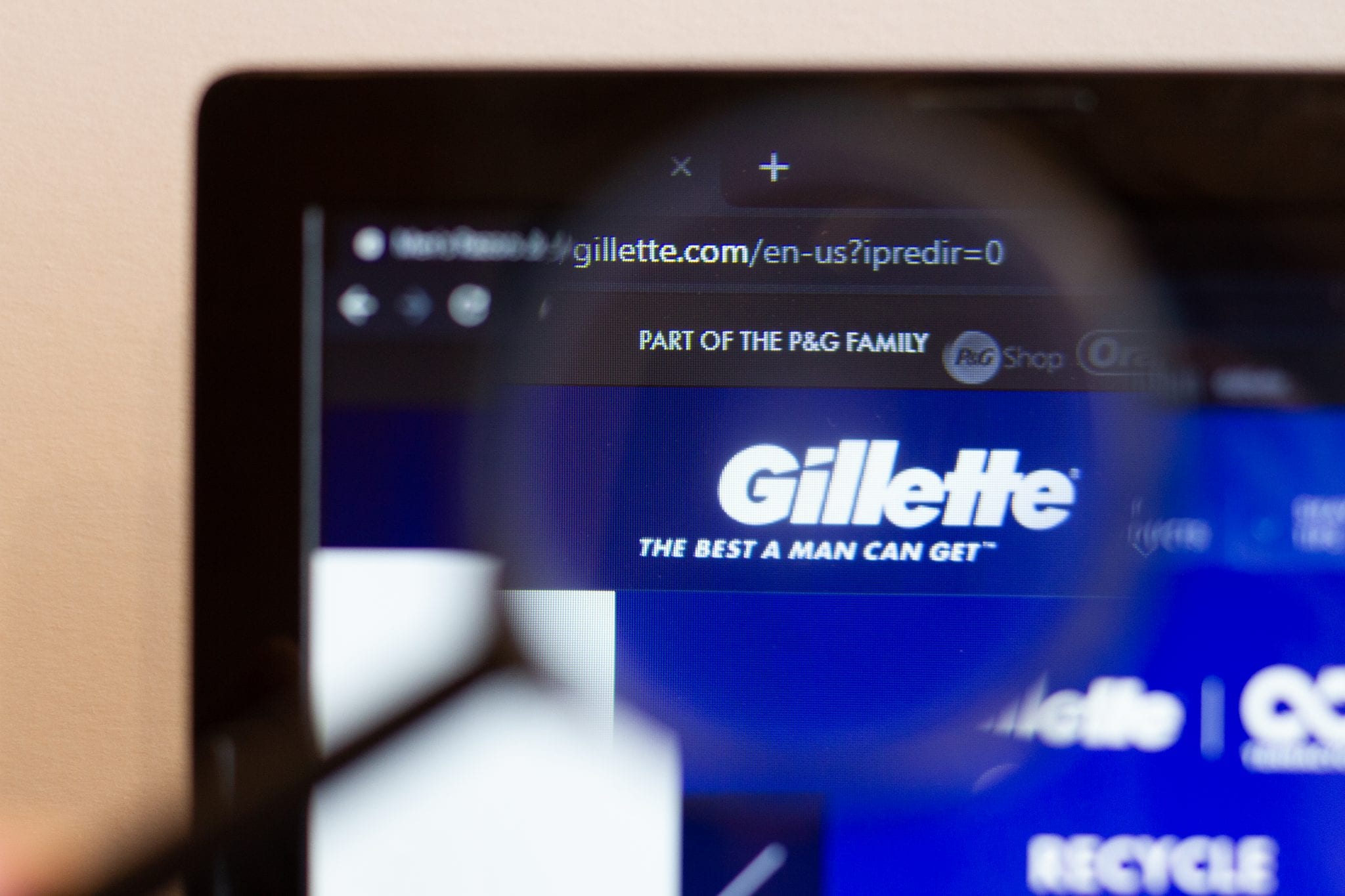 Are you interested in some social justice? Here’s some …

That’s one hell of a writedown, isn’t it? Remember back in January when Gillette launched their ad campaign essentially accusing their customers of “toxic masculinity”?

This space had something to say on the topic you might not have heard about elsewhere:

One thing I will add is the decision-maker who opted to embark on the unwise course of insulting half the razor company’s customers by accusing them of substandard character is a man named Pankaj Bhalla, who has been the brand manager for Gillette and Venus, the Procter & Gamble company marketing razors for women.

Bhalla is, as you might notice from his name, of Indian extraction and was in born and raised in that country. He didn’t attend college in the United States — Bhalla received a baccalaureate degree in business and managerial economics from the Indian Institute of Management and Commerce, Hyderabad, and then earned a post-graduate degree in brand management from Mudra Institute of Communications, Ahmedabad. He then held several corporate posts upon entering the workforce, including an assistant brand manager position at Hero Honda Motors, Ltd. of India, Brand Manager, Gillette & Duracell — Middle East, located in Dubai, and Senior Brand Manager, Oral Care — Central, Eastern Europe, Middle East & Africa, located in Geneva, before moving to the United States to work for Procter & Gamble’s Oral Care health franchise in Cincinnati in 2012.

You read that right. This man is not from the United States and has been working in brand management in this market for less than seven years, and he greenlit a commercial spot which assailed American men as boorish and barbarian. And prior to 10 years ago he’d spent his entire life in India and the Middle East.

Now how does it feel to be lectured to about your toxic masculinity by Pankaj Bhalla?

So far as we know Bhalla still has a job, which is somewhat surprising.

The other day one of the more underrated movies of the past 20 years or so, Elizabethtown, was back on one of the movie channels. It stars Orlando Bloom as a young designer of athletic footwear who debuts an ahead-of-its-time shoe that bombs badly in the marketplace and loses the company he works for, which is Nike in all but name, a billion dollars.

This, naturally, results in his job vanishing along with the company’s capital, and — his career in ruins — Bloom’s character plunges into a deep depression and contemplates suicide before he’s rescued, ironically enough, by the death of his father and the need to reconnect with his family for the funeral. What results is a heartwarming, soulful tale of redemption.

Pankaj Bhalla lost his company $8 billion. If ever somebody needed a real-life re-enactment of Elizabethtown, it’s this guy. Perhaps Bollywood could do the honors, complete with some line dancing.

There is nothing good which can be said about those two mass shootings over the weekend in El Paso and Dayton.

At this point it’s clear we have a mental health crisis in this country specifically affecting a particular age group in disproportionate numbers, and it’s time to re-evaluate what’s being done to these kids that so many of them are so badly off track. Whether it’s parenting, medication, school environments, entertainment, or culture — all of it needs to be on the table for discussion.

Instead, it all comes back to guns. A gun is a tool. To this date the worst example of a mass killing along the lines of what happened in El Paso and Dayton didn’t even involve a gun but rather a bomb. The people demanding gun control every time one of these incidents happens never seem interested in talking about why someone wants to use a gun for evil rather than focusing on the tool.

And they need to be asked why. Because it’s clear that unless you fix the problem of the maladjusted human who has fallen into such horrific evil you will not prevent atrocities like we saw over the weekend. And the numbers of those maladjusted, evil humans continue to grow.

Oh — and pray for Beto O’Rourke, that he might see the evil of his ways.

So Mario Lopez, the host of Extra, said this …

Look, I’m never one to tell anyone how to parent their kids, obviously, and I think if you come from a place of love, you really can’t go wrong. But at the same time, my God, if you’re three years old and you’re saying you’re feeling a certain way or you think you’re a boy or a girl or whatever the case may be…. I just think it’s dangerous as a parent to make that determination then — “Okay, well then you’re going to be a boy or a girl,” whatever the case may be. It’s sort of alarming and my gosh, I just think about the repercussions later on.

… and it was controversial?

Lopez ended up retracting his “transphobic” statement a few days later, because you must retract such statements or you can’t work in Hollywood.

I think the market is ready for a competing institution with Hollywood. I think the advent of streaming services creates a delivery mechanism for new players in the entertainment market to swiftly build mass audiences, just like the innovations in self-publishing are sweeping away publishing houses as gatekeepers deciding what books we can read.

I think the day is coming when the Mario Lopezes of the world won’t have to kowtow to the moral degenerates who run Hollywood and can say what they believe without losing their jobs.

It’s coming, and it can’t come fast enough. A race is developing — the Left is trying to shut down our freedom of expression before we can throw off their control of the culture. Nothing less than the future of Western civilization might be at stake.