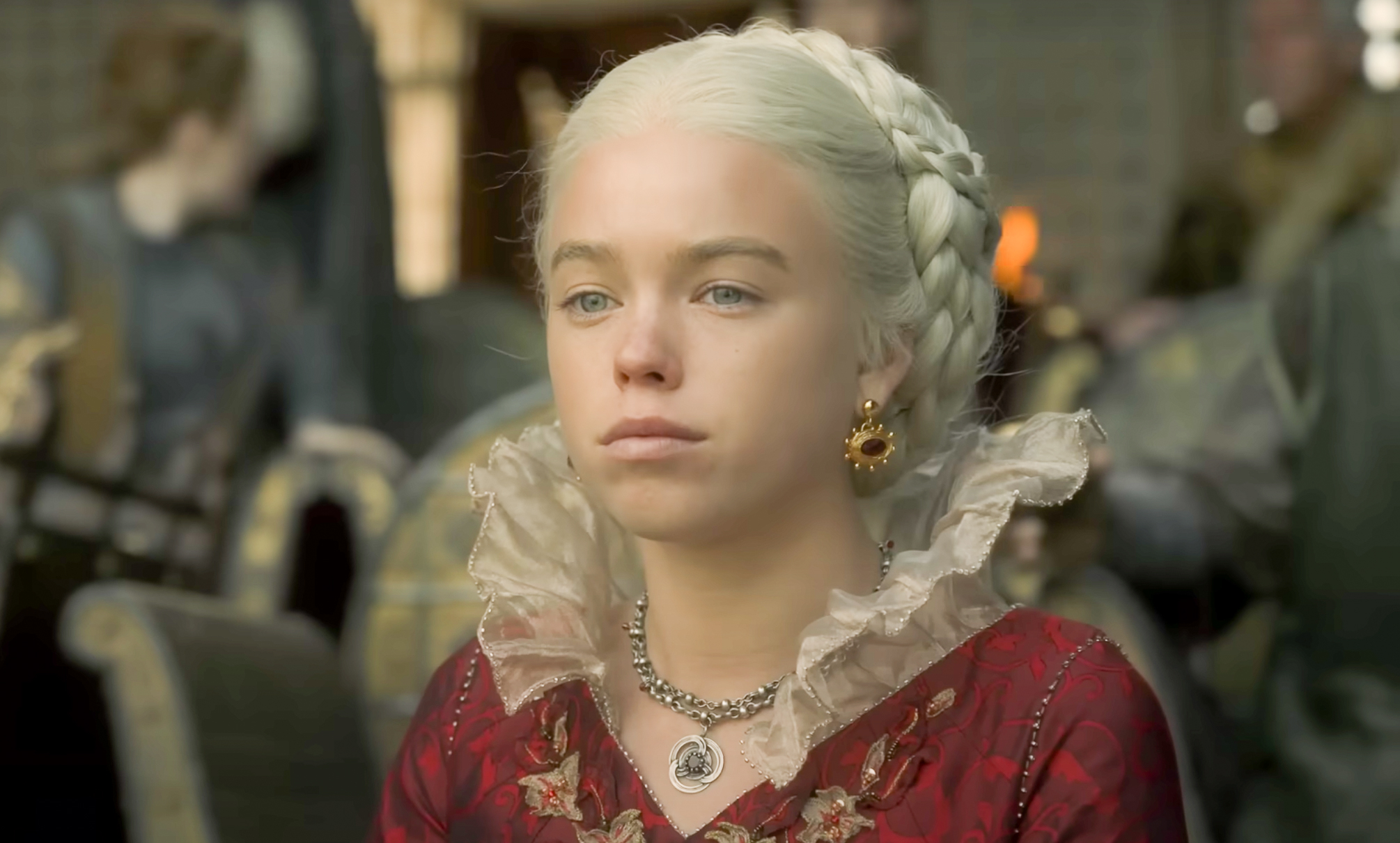 When HBO’s prequel series to Game of Thrones airs on August 21, the streaming service will have something that the original series never did: the entire story is already written. Based on George R. R. Martin’s Fire and Blood, House of the Dragon takes place nearly 200 years before the events of Thrones. It focused on the Targaryen family, the ancestors of Daenerys from the original show who were then ruling the Seven Kingdoms. There are similar elements to Thrones: a disputed succession, dragons, and battles … in theory, all of the elements of a successful cultural phenomenon. But our current cultural milieu has the potential of derailing the show.

A dragon flies over the city of Kings Landing. (Youtube/HBO)

It’s hard to believe how big Thrones was and equally hard to believe how hard it fell. The show surged into the national conversation as perhaps the single biggest cultural event of the past decade. People even began naming their children after characters and terms from the series. Yet in the aftermath of the critically panned final season, it’s almost as if the show never happened. Many have blamed the fact that the books the show is based on remain uncompleted. The show writers had a rough outline to work with, but without the books to guide them, they bungled key characters and plots.

Fortunately, Dragon has new showrunners and completed source material. Unfortunately, identity and social justice are now the foremost topic of American cultural life. From 2016’s Ghostbusters to Star Wars’ The Force Awakens, rerunning old stories and franchises with the older white male characters replaced by more diverse (de facto meaning less white, less male) casts seems to be the current zeitgeist. In an interview with the Hollywood Reporter, the showrunners made some troubling comments suggesting that Dragon is unlikely to be immune from this sort of identitarian voyeurism.

Without going too in-depth and spoiling the story, in Fire and Blood there emerge two competing factions regarding the succession of King Viserys. One of them is led by the king’s eldest daughter and named heir, Rhaenyra; it is colloquially known as the Blacks. The Greens, by contrast, favor the king’s son Aegon with his second wife, Alicent Hightower.

What is the perspective of the showrunners on this situation? Who is the villain? Apparently, men. As the article says, “the patriarchy would rather destroy itself than see a woman on the throne.” Olivia Cooke, who portrays Hightower, said that “if all these men just f***ed off … the realm would be fine. It’s the meddling and the peacocking and egos that completely muddy everything.”

Any honest reading of Fire and Blood shows that the women of the story, and particularly Rhaenyra and Alicent, are just as flawed as everybody else.

Concerns about Rhaenyra’s succession are valid, and not simply reducible to sexism. There are very real issues with her character and fitness to rule, stemming from the at best questionable legitimacy of her heirs and the influence of her uncle Daemon, who has a deserved reputation as a ruthless man.

Of course, Alicent is very involved in stoking the Greens to action, and they have their own problems that shouldn’t be downplayed or ignored. Aegon and his brother Aemond aren’t saints themselves and, at the end of the day, Rhaenyra is the chosen heir. That is the appeal of the story: people on both sides, men and women alike, are complex and it’s a genuinely tough call as to who is in the right.

In principle, a story about the challenges associated with being a woman leading a medieval society might make for an interesting study. In practice today, it seems too likely that such a story will echo the modern leftist trope of downtrodden identity groups revolting against the world of the no good, very bad white man. While the World of Ice and Fire might be a fantasy setting with dragons, ice zombies, and every sort of Lovecraftian horror, asking it to transcend our woke moment for any sort of neutrality is perhaps too unrealistic.

Martin appears to be pleased with the adaptation of his work. “They’re all flawed. They’re all human,” he said. “They do good things. They do bad things. They’re driven by lust for power, jealousy, old wounds — just like human beings. Just like I wrote them.”

The dragon Caraxes, who does look really cool. (Youtube/HBO)

If we do get this version of flawed and fallen characters, true to real people, perhaps the showrunners’ comments can be written off as cowardly-but-harmless pandering. But it’s impossible to know until the show comes out.

As a political show, Thrones did not map neatly onto current ideological fault lines; the debates were simply too outside of our modern context. It had certainly had politics, but they were agnostic on the sort of questions litigated in 1996, 2011, or 2022. Thrones was a sort of national escapism. If House of the Dragon is done well, it has all the material to be one of the best TV shows ever. But the keyword, to quote the Spartans, is “if.”