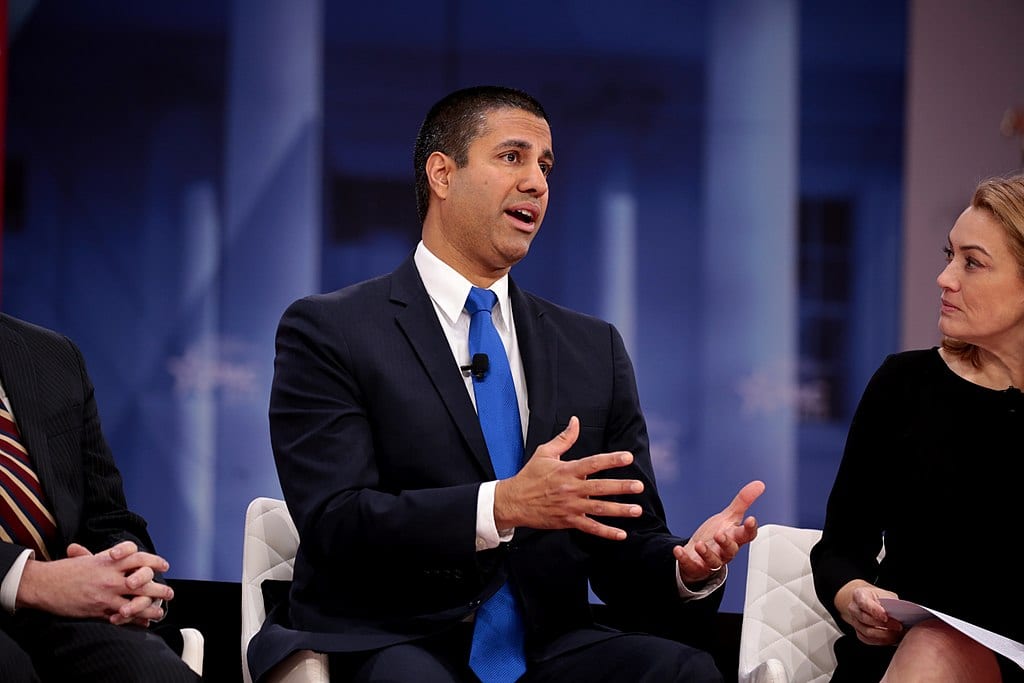 Free-market oriented groups are urging members of the House of Representatives as they head home for their August break not to break ranks and join Democrats trying to void the Federal Communication Commission’s (FCC) repeal of onerous internet service provider (ISP) regulations when they return to legislate.

A coalition of 34 groups sent a letter to members of the House last Monday that basically says of the internet: if it ain’t broke, don’t fix it.

Democrats in the Senate were successful in squeaking through a Congressional Review Act (CRA) that would void the FCC’s decision and the measure will be pushed in the House when lawmakers return to the chamber on Sept. 4. The CRA faces long odds, as Republicans enjoy a greater majority in the House, and President Trump would also have to sign the measure.

But the coalition, which includes such groups as the Taxpayers Protection Alliance, Americans for Tax Freedom, Center for Individual Freedom, and Institute for Liberty, is taking no chances, reminding House Republicans that the internet enjoyed greater innovation and investment before the FCC, under then chairman Tom Wheeler, implemented the Title II regulations in 2015.

The FCC, under the leadership of Chairman Ajit Pai, voted in May to begin the process of removing those rules for ISPs that imposed heavy-handed regulations. Prior to the FCC’s vote, two dozen ISPs wrote to Pai, telling him the Title II regulations hung “like a black cloud” over them, creating uncertainty and inhibiting internet growth.

“This CRA measure utterly fails to encapsulate any shred of practical rulemaking for today’s evolving internet landscape,” the coalition letter says. “It falls back on archaic policy designed for the 1930s Ma Bell telephone system, slashing broadband investment dollars and undermining ongoing efforts to deploy a larger and more robust broadband network across the U.S., particularly in rural and low-income communities.”

In an interview that ran in The American Spectator earlier this month, Pai said he is confident the FCC “made the right decision based on the facts and the law,” and that it was unwise for the FCC to implement the 2015 rules because “the internet wasn’t broken.” (Pai voted against Wheeler’s plan in the 3-2 party-line vote.)

“Now it’s up to the folks in Congress to decide what to do, and I’m hopeful they will see, as we did, that the bipartisan tradition of light-touch regulation of the internet is something that is good for everybody,” Pai said.

The coalition points out the removal of the Title II designation for ISPs would put them under the scrutiny of the Federal Trade Commission, “the nation’s historic cop on the beat,” which lost its ability to protect internet consumers under Wheeler’s rules.

Republicans, led by Rep. Marsha Blackburn, R-Tenn., have introduced legislation called the Open Internet Preservation Act, which would reintroduce some “net neutrality” protections such as blocking or slowing websites while establishing a light-touch regulatory framework for ISPs. Blackburn’s bill allows prioritization that would permit ISPs to smartly favor remote surgery and other important uses over the YouTube video of the kid who just got out of the dentist’s office.

The coalition letter points out the first two decades of a widespread internet enjoyed bipartisan support for limited regulatory oversight of the internet, which fostered greater online competition and innovation.

“The political vitriol surrounding this topic today — fanned by Democratic leadership and ginned up by fringe leftist online groups — is unwarranted and erodes America’s ability to continue leading the world in today’s revolutionary digital age,” the letter says. “Instead of cheap political stunts designed to win midterm votes, Democrats should work with Republicans on comprehensive, bipartisan legislation that recognizes all the competing players in the internet space.”

The repeal went into effect June 11 with no negative effects seen yet. (In fact, the Taxpayers Protection Alliance features a clock counting upwards on its website, glibly noting, “It’s been this long since the FCC repealed Title II. Relax, everything’s OK!”) The coalition wants to reassure Congress both that the internet is still working fine, and that providers have shown an increased willingness to invest in the marketplace. That increased investment will only help grow high-speed access and close the digital divide.

“In the short time that Pres. Obama’s Title II rules have been rescinded, U.S. telecom companies have reaffirmed plans to invest hundreds of billions of dollars in exciting new internet services and expanded access,” the coalition letter says. “Dependable, more accessible broadband will help the U.S. economy surge — growth, jobs and American prosperity should not be held hostage by the political aspiration of a few Washington insiders.”

A free and open internet, which would encourage investment and help facilitate the development of game-changing new technologies like 5G, is in the hands of the House. The future of vibrant broadband growth depends on rejecting the CRA and looking ahead, not behind.