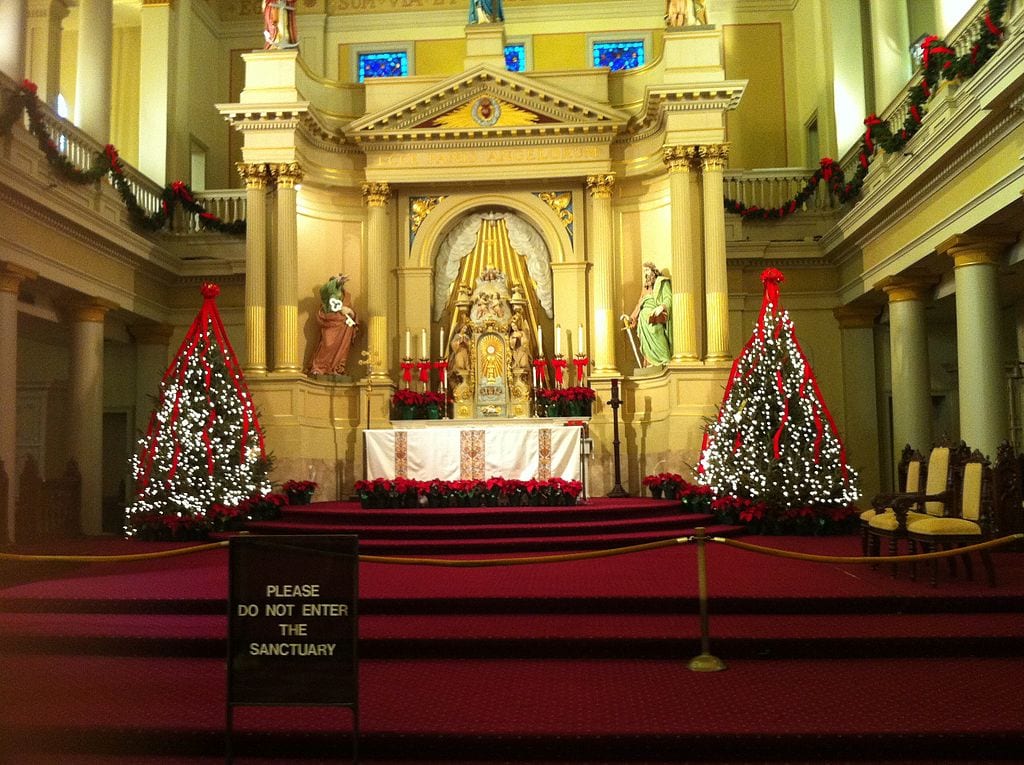 It will come as no surprise that if I am recommending books to give as Christmas presents, I enthusiastically recommend my own.

First, what sorts of books are they? Short answer: Satirical fiction — on modern media, politics, and religion, all at once, and also on sexual mores and on the modern instant-celebrity culture. But, in addition to telling what I hope you will find to be a highly entertaining and at times quite humorous story, there are serious underlying themes, especially of faith and the nature of redemptions, small and large.

It might help to understand that I originally wrote Mad Jones as one book. My publishers at Liberty Island Media — Adam Bellow, David Bernstein, and David Swindle — cleverly figured how to break the one large tome into a more easily-digestible three-part series. I still think of it as a single work, however, so later in this column — after the quick plot synopses of each individual novel — I’ll discuss them thematically as one.

Here’s the scenario in Mad Jones, Heretic, which takes place in the turn-of-the-millennium setting of 1998-2001: A grief-stricken young high-school history teacher named Madison Lee Jones rages at God by producing 59 religious theses and, echoing Martin Luther, affixes them to church doors in his native Mobile, Alabama and in New Orleans. He has no intention of anybody taking his theses seriously; he’s just venting. But the theses spread like wildfire on the then-nascent forums of what we now call “social media,” and young Mad becomes one of those overnight celebrities to which we now have become accustomed. A phantasmagoria of oddball followers — a mime who sometimes talks, an old lady with a pet iguana, and a bizarre world of Internet people with aliases including Doubting Thomas, M. Magdalene, and Affirmed — begin treating Mad like a modern-day prophet. And, of course, the media jumps in, sensationalizes everything, and (mostly) misses the point. Badgered by some friends into turning his insta-fame into a Billy-Graham-like “ministry,” Mad starts to get carried away by events, into the beginning of a wild, wild ride.

In Mad Jones, Hero, Mad feels like he is struggling and stumbling, but he seems charmed nonetheless: No matter what he does, things seem to turn up roses. Despite Mad flying by the seat of his pants, his “ministry” grows at a rapid pace, as more and more followers read their own wish-fulfillments into his message(s). Alas, some in the media see him — young, charismatic, Christian, southern — as a target to take down, as they create a circus-like atmosphere around him. Even then, Mad usually emerges with his reputation only enhanced, with some followers looking for, well, more than a hero as the new millennium approaches.

In Mad Jones, Agonistes, the worm turns. For those who enjoy the limelight, the psalmist offers warnings. Mad begins to develop some hubris. His friends who set up and run the nuts and bolts of the “ministry” start to squabble. His media enemies regroup and attack again. And, still, Mad has never fully worked through his grief at the tragedies that began these adventures. Mad never meant to be a prophet, much less a false one; but what happens when his adherents see his pedestal is made of dust? We may all hope for God’s ultimate redemption; but can we find lesser, but still helpful, intermediary redemptions here on Earth? And, if so, from whence do they come?

Now, treating the trilogy as a single work: Without making what should be a “fun read” sound more like a philosophical treatise than it is, let me nonetheless discuss some of the thematic elements underneath the story and its satire.

First, though, two words of warning, to those who may be (justifiably) squeamish about matters of sex or (separately) race.

There’s lots of sex happening in these novels — although, as in 1950s movies, it’s all “off-screen” before it gets beyond the literary equivalent of PG-13. The main characters in the trilogy are single, Yuppie-ish 20-something-year-olds in 1998. As I watched younger friends and acquaintances then (I was then a half-generation older than those fictional characters), what I saw informed my accounts of how my fictional characters behaved. By the trilogy’s end, you may get the impression that what I describe is not what I advocate.

As for matters racial: Yes, there’s a racist character who repeatedly uses the “N” word and otherwise traffics in racial stereotypes. I offer no apologies. By 1998, racial attitudes in America were clearly improving, as is evident throughout my novels. Still, however, the vestiges of open bigotry could be heard and seen in coastal Alabama then — and, as in the sexual behavior, I described what I then was seeing and hearing. The good news is that, with both sex and race, the inclusion of those elements is not gratuitous, but used in such a way as to advance the plots and themes. And in the case of the one particular character, he is clearly an outlier, and a pariah.

Okay… Beyond those disclaimers, what I am trying to do, in my inadequate way, with the underlying themes in the trilogy?

First, it’s a work of faith. Second, it’s a work of cultural commentary. The cultural commentary is easier to absorb without too much heavy thought. It touches on numerous aspects of American society, but it’s built around a deep concern with the nature of insta-celebrity culture: the blind allegiances, the bent toward secular messianism, the media and political double standards, and the lack of emotional grounding.

As for the faith, I intend no dogmatism or denominational biases. These books are Judeo-Christian, with the Christian parts being ecumenical in the common-ground mode that C.S. Lewis called “Mere Christianity.” Mad Jones is Episcopalian; most of his friends are indeterminate, except one who is implicitly southern black Baptist; a former flame is a non-observant Jew; his chief mentor is a Jesuit; and there are national Evangelical leaders who denounce him while others praise him.

But, as one of my two college majors was theology, I found myself pulled to develop the plot in a way that allows for a sort of underlying theological “survey” course. At various times, Mad Jones and his friends will wrestle with or at least encounter everything from Pierre Teilhard de Chardin’s teleological mysticism to Bruce Springsteen’s bent towards faith-infused lyrics; to the interplay between science and faith; to a recapitulation of the disputes that drove wedges between Luther, Erasmus and the Catholic Church; and, most insistently, to the age-old problem of theodicy: the question of how a God who allows so much pain can be a good and loving deity.

It is with regard to that last aspect that I want to close this little essay. Mad Jones, Heretic begins with goofy TV detective Maxwell Smart asking, from the boob-tube screen, his favorite question: “Would you believe?” Mad has suffered unspeakable tragedy, so for him belief in a loving God is nearly impossible. What drives his sudden fame is his seemingly unique, revolutionary reworking of the traditional explanations for God’s role in worldly sufferings. Neither Mad nor I intend that reworking to be taken seriously in the long run, but one can see the “establishment media” eating it up — if only to have a feeding frenzy in tearing it down.

But it would be too easy, and trite, if the character on whom others project a sort of messianic patina actually is also the one delivering the answers, much less redemption. Far more realistic, I think, is the idea that the would-be secular messiah is less the one giving than the one receiving ministrations. Mad is not only an accidental prophet, but a confused and pain-wracked one, badly in need of something he cannot name.

Again, this trilogy is not supposed to be heavy reading. If the plot doesn’t carry you along completely apart from any interest you have in faith or theology, then I’ve failed. I hope you find the characters engaging and memorable, and I hope you recognize and can laugh at the cultural trends limned in these novels. But underneath it, if I have succeeded, is an insistence that Romans 5 is right: Suffering produces endurance, which builds character and eventually hope, all through the love of God. Our spirit’s inheritance can be one of joy. Please see if Mad Jones (available here!) can help you find it.