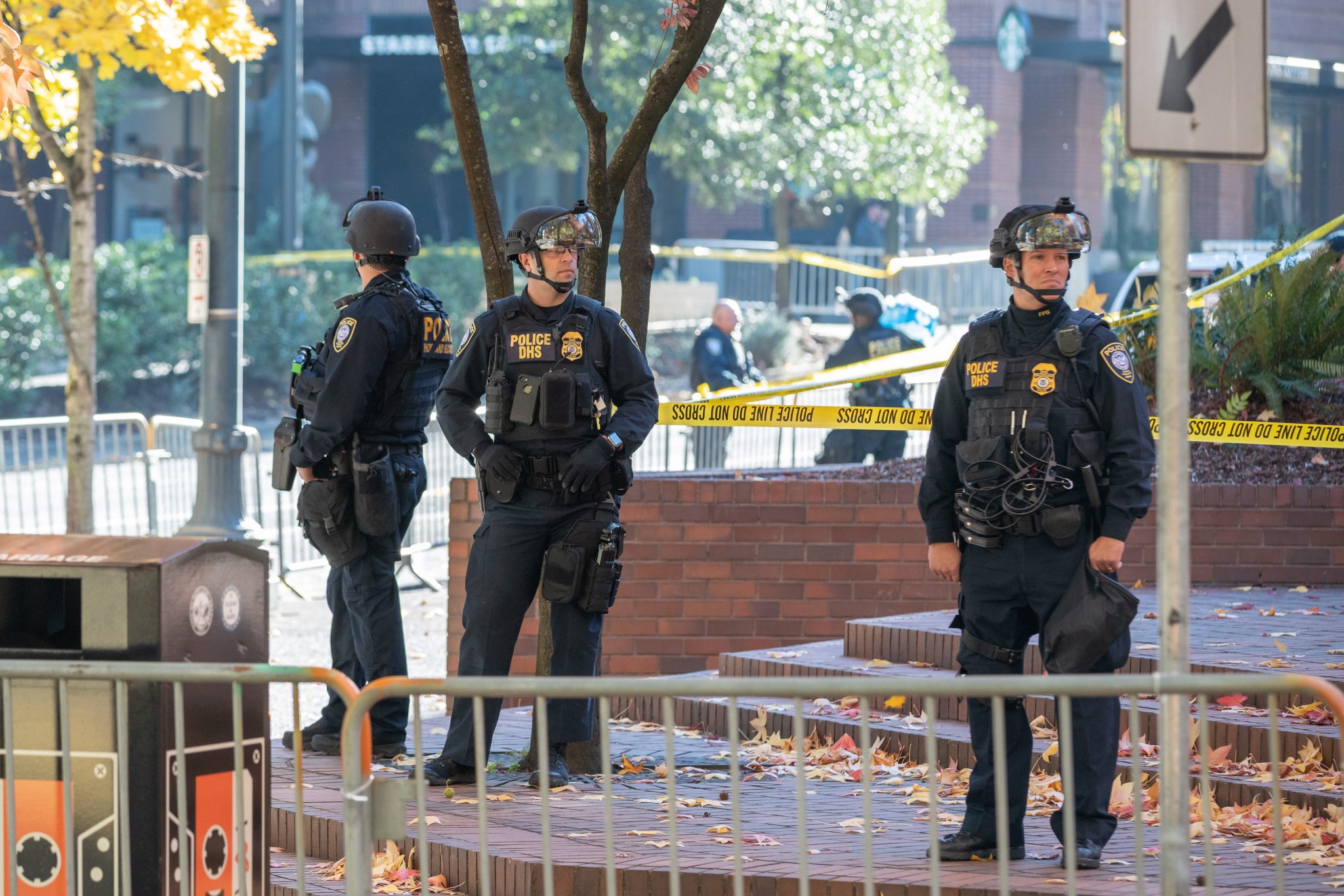 After weeks of failed attempts by governors and local officials to subdue rioting across the country, unmarked federal law enforcement officers began arresting protesters in Portland. On Monday, President Trump announced that there will be plans to deploy federal troops to other major cities that have been plagued with a surge in violence and destruction.

Fifty days of chaos and more than $23 million in property damage and lost revenue later, federal troops from the Department of Homeland Security began arresting violent protesters in Portland, many of whom were taken into unmarked vans. Videos of protesters being taken off the streets by unidentified men in camouflage circulated on the news and social media. Oregon Public Broadcasting reported that federal officers arrested 13 people in connection to protesting related crimes.

Homeland Security Secretary Chad Wolf referred to Portland as a city “under siege,” saying that “each night, lawless anarchists destroy and desecrate property, including the federal courthouse, and attack the brave law enforcement officers protecting it.”

Oregon Democratic officials and the media were quick to denounce President Trump and Homeland Security by criticizing these actions as being overly aggressive and unconstitutional. Oregon Rep. Suzanne Bonamici (D) said, “Oregonians must be able to exercise their First Amendment rights safely, without being picked up and detained by unidentified federal officers,” Bonamici said. “The president is intentionally provoking unrest and discord, and our community will not stand for it. He purports to be a law and order President, but his administration’s actions are political bluster and are making our city and our country less safe. We will not rest until we get answers on behalf of Oregonians.”

A sprinkle of irony can be found in the fact that Bonamici is making a case for protecting the First Amendment rights of “peaceful” protesters in the midst of Portland’s millions of dollars in property damage.

Despite the political backlash, President Trump announced in the Oval Office that he plans to support the deployment of more federal troops to other cities that have struggled with violent crime spikes in recent weeks.

Trump noted that local law enforcement officials have been unable to respond effectively to violent protests in their cities. “They are restricted from doing anything. I am going to do something; that I can tell you,” said Trump.

The president mentioned New York, Chicago, Philadelphia, Detroit, Baltimore, and Oakland as cities that he vowed to protect, even if federal intervention is necessary. He praised the job of the federal troops in Portland, pointing out that they are doing a “fantastic job in a short period of time.” Trump also noted that those being detained are “anarchists that hate our country,” not protesters.

In response to the backlash of Oregon’s democratic leaders, Trump said, “the governor and the mayor, and the senators out there — they’re afraid of these people. That’s the reason they don’t want us to help them.”

Later this week, Homeland Security plans to deploy 150 federal troops to Chicago. The official plans of these troops have not yet been made public. Chicago Mayor Lori Lightfoot (D) voiced concern and disapproval of the planned federal intervention in Chicago. The city’s police responded differently, saying, “we will take any and all help.”