by Ellie Gardey
A Students for Life sign is placed in front of the Supreme Court in Washington, D.C., at the annual March for Life on Jan. 21, 2022 (The American Spectator) 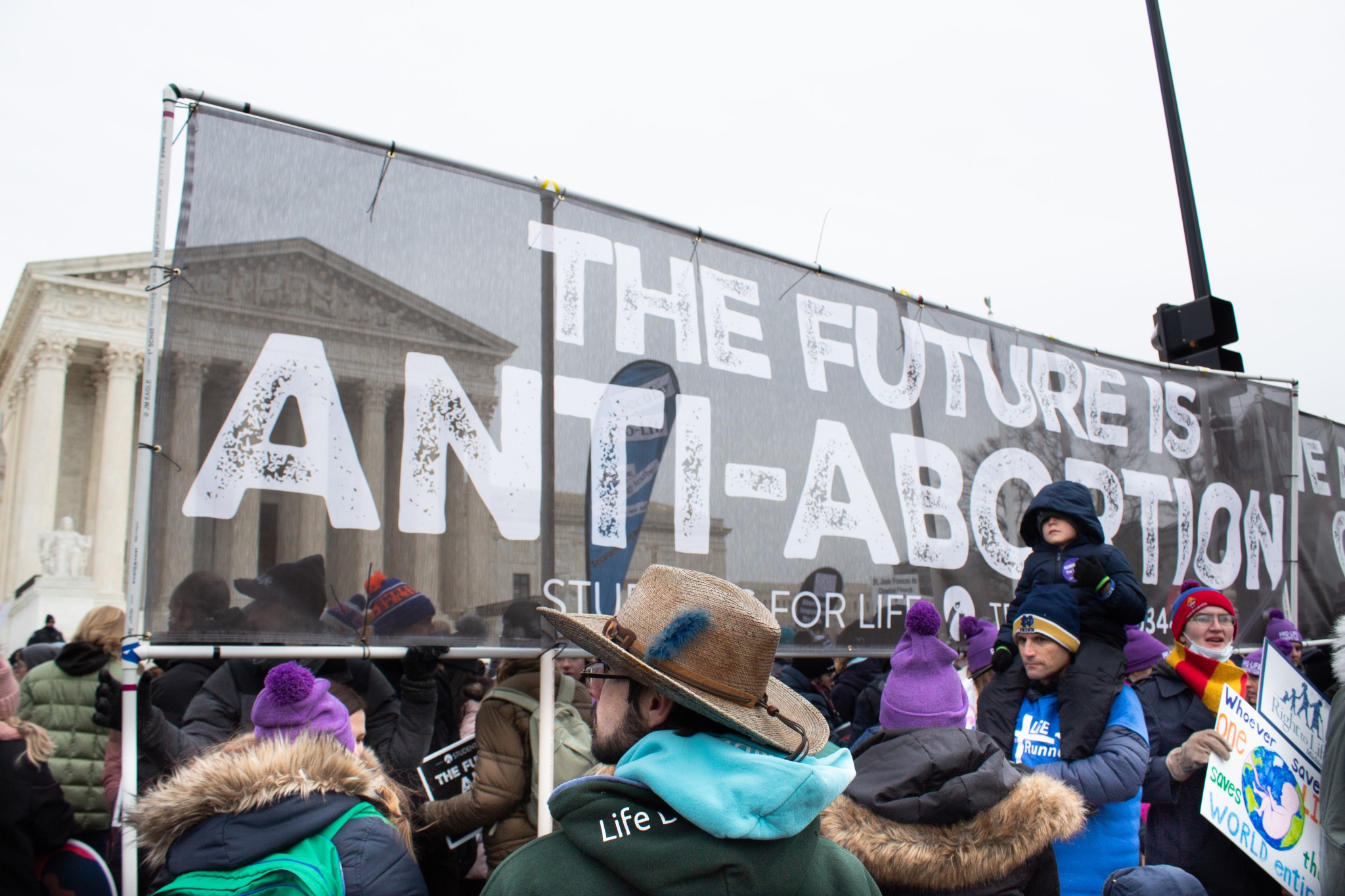 After their victory in Dobbs this June, pro-life organizations have been caught off guard by many Republicans’ opposition to legislating against abortion at the national level. Organizations such as the March for Life and Susan B. Anthony Pro-Life America are treading cautiously with hesitant pro-lifers in order to avoid alienating them from the movement and losing out on slim majorities.

Before Dobbs, Republicans were unable to take legislative action on abortion because of the Supreme Court’s enforcement of abortion-on-demand in every state. Unable to seriously restrict abortion, Republicans did not face as much of a political penalty for declaring themselves to be pro-life.

In post-Roe America, however, Democrats’ decisions to center their campaigns around attacking Republicans over abortion suggest that a pro-life position has become a liability. Americans, mostly evenly divided on other controversial political issues, are unusually lopsided in their support for legalized abortion. Sixty-two percent said post-Dobbs that they believe abortion should be legal in all or most cases, compared to 36 percent who said it should be illegal in all or most cases, according to the Pew Research Center.

Hence, Republicans not devoted to the pro-life cause are filtering out of the movement or downplaying their positions on abortion, to the disappointment of national pro-life organizations. Republicans especially minimized their positions after Kansas voted in August by a landslide against an amendment that would have eliminated the state’s constitutional right to abortion. (READ MORE: Republicans Tiptoe Around the Abortion Debate)

When Sen. Lindsey Graham proposed a bill after pro-lifers’ defeat in Kansas that would outlaw abortion nationwide after 15 weeks’ gestation — after which only 6 percent of abortions in the U.S. take place and which is a later cutoff date than is permitted in France — Senate Minority Leader Mitch McConnell came out against Graham’s legislation, saying that most GOP senators would prefer that abortion be handled at the state level.

Many other Republicans went on the record to oppose Graham’s legislation and all limitations on abortion at the national level, creating a political divide between them and Republicans who want to defend life at all levels of government.

Sen. Mike Rounds of South Dakota, for instance, said, “At this point, to have Congress step back and to tell all of the states that we know better than them how to handle this is probably not the right direction to go.”

Dr. Mehmet Oz, under pressure in a competitive Senate race in Pennsylvania, came out in support of making sure that “the federal government is not involved in interfering with the state’s decisions on the topic” and announced that he supports exceptions in the cases of rape or incest.

Conversely, others, including Sens. Marco Rubio of Florida and John Thune of South Dakota, backed Graham’s proposal, declaring their support for pro-life legislation at the national level.

Pro-life organizations have taken different approaches to the quandary. Susan B. Anthony Pro-Life America maintains its endorsement of Oz and other candidates who have come out against legislating against abortion at the national level. It is continuing to spend millions through its super PAC to help get Oz elected through advertisements that target his opponent, John Fetterman, for his pro-abortion position.

The president of Susan B. Anthony Pro-Life America, Marjorie Dannenfelser, said soon after Graham introduced his bill that she thought the bill would be “universally accepted.”

“I think the place to begin is where Graham is beginning,” she said before he unveiled the bill. “Graham is the momentum, and it will increase when he introduces [his bill].”

Graham told reporters that it was because of the activism from groups like Susan B. Anthony Pro-Life America and the March for Life that he decided to move his originally planned threshold of 20 weeks back to 15 weeks.

Like Susan B. Anthony Pro-Life America, the March for Life Education and Defense Fund has been put in a tough spot by many Republicans’ rejection of the 15-week ban and the Right’s newfound divide over whether abortion should be legislated at the national level.

The March for Life Education and Defense Fund puts on the March for Life, which annually draws hundreds of thousands to Washington, D.C., every January to call for an end to abortion. The organization has held the march every year since 1974, the first anniversary of the Roe v. Wade decision. It has been a critical player in the pro-life movement and has at many times been the glue that keeps pro-lifers united. (READ MORE: March With Overwhelming Hope)

The March for Life Education and Defense Fund came out in favor of Graham’s legislation and urged Congress to pass it. The fund’s president, Jeanne Mancini, called the legislation “the least we can do to protect women, as well as babies.”

The March for Life will continue to march annually in January, carrying on its mission to abolish abortion. In 2023, however, the march will look different, the organization said last week. Instead of marching to the Supreme Court, which symbolized that marchers were calling on the court to overturn Roe, pro-lifers will march to the Capitol building.

Does this mean marchers will be calling on Congress to abolish abortion?

Not necessarily, Mancini told The American Spectator. She acknowledged that pro-lifers have different strategic positions on whether to outlaw abortion nationally or state-by-state and explained that it is important for all marchers to advocate on the national level, especially because congressional Democrats have tried to pass pro-abortion legislation, such as the Women’s Health Protection Act.

That leaves the March for Life in an odd position. Its marchers are making their way to the Capitol building, but, with no specific legislative objective, the simplicity of marching to a specific branch of government for a defined purpose, as they did in marching to the Supreme Court to call for an end to Roe, is lost.

The March for Life Education and Defense Fund said in its press release announcing the march, “We must tirelessly build a culture of life on Capitol Hill, and advocate for the advancement of federal pro-life policies.” It did not specify whether it supports national bans on abortion but instead said it is important to stop Democrats from nullifying existing state laws against abortion, overturning the Hyde Amendment (which bans taxpayer funding of abortion at the national level), and eliminating parental consent laws for minors seeking abortions.

“This is by no means meant to distract us from our efforts in the states, but we must realize that the fall of Roe means the battle for life must be fought on two fronts now: state and federal,” the organization explained.

Mancini said that while the March for Life has not put forward a specific strategy document for pro-lifers and does not yet have plans to do so, it will help the pro-life movement coalesce around a strategy for what to do next through op-eds and speeches related to its march theme of “Next Steps: Marching Into a Post-Roe America.”

She told The American Spectator that the most important thing pro-life advocates can do right now to end abortion is to help women and babies, as this builds a culture of life.

At the March for Life’s theme announcement press conference last week, some of the speakers spoke about the importance of advocating against abortion at the national level.

The president of the Heritage Foundation, Kevin Roberts, said, “[T]he fight does go to the States but … it doesn’t mean you can give up the fight in the imperial city of Washington, DC.” Roberts did not, however, specify exactly what this should consist of. 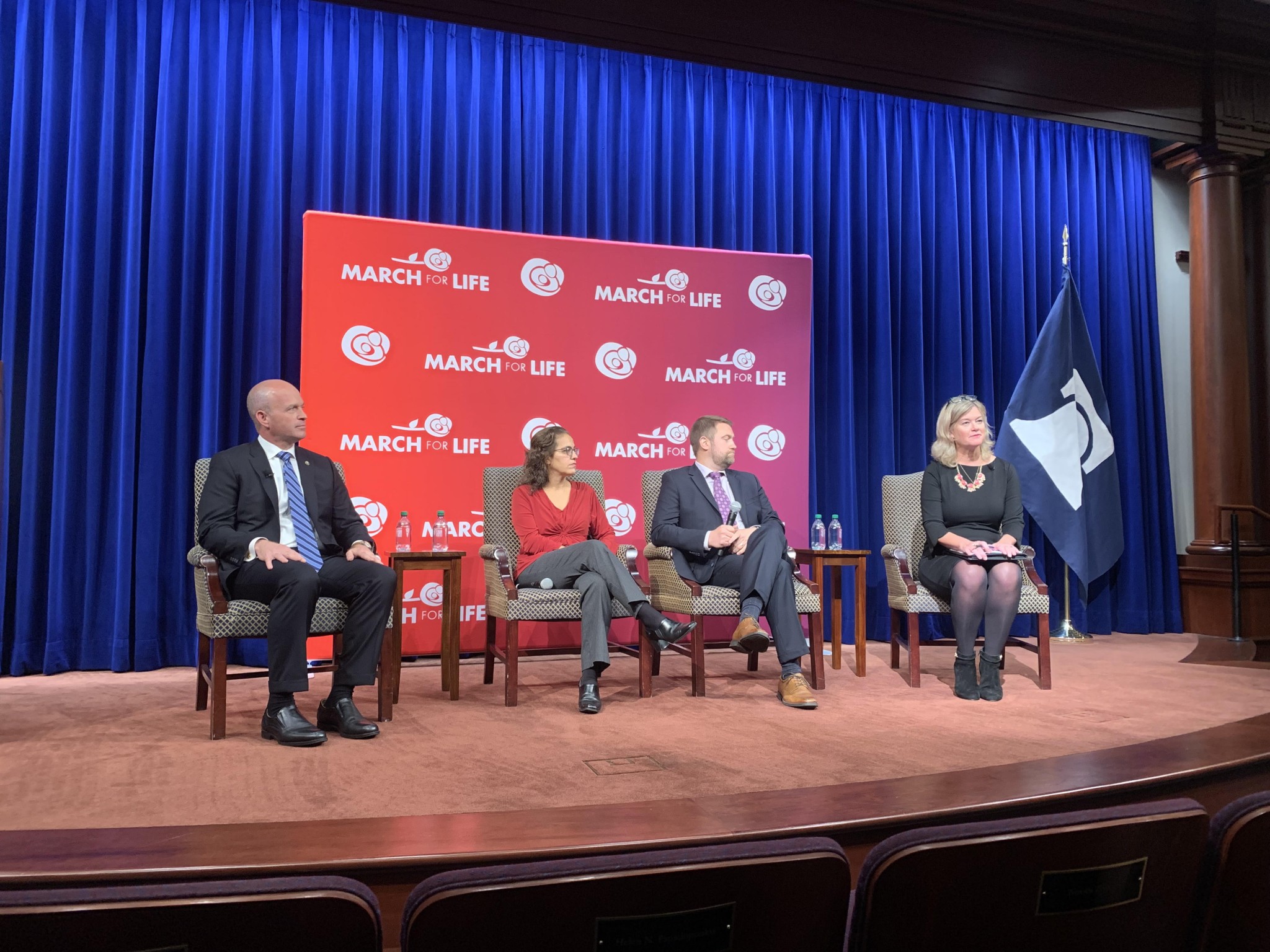 Roberts said that he and Mancini support a strategy they call “radical incrementalism.” This means they understand just how much convincing it will take to end a practice that is entrenched in American society, so they are willing to take small steps for decades until change is finally achieved. Roberts noted how many decades it took for the Supreme Court to overturn Roe and expressed hope that it would take less time to end abortion after Dobbs.

Pro-life organizations would prefer that all Republicans were on fire for abolishing abortion at both the national and state level, but, as that is not the case, they are navigating this less favorable political position by throwing attention to Democrats’ extreme abortion plans.

And there is plenty to object to. On Tuesday, President Joe Biden pledged that the first bill he would send to Congress if Democrats maintain control of the House and expand their numbers in the Senate would codify abortion nationwide.

“If Republicans get their way with a national ban, it won’t matter where you live in America,” Biden said, surrounded by signs reading “Restore Roe.”

With Dobbs making abortion a live — and contentious — legislative issue, pro-life organizations are faced with the reality that it will take careful, incremental political maneuvering to achieve a world without abortion.