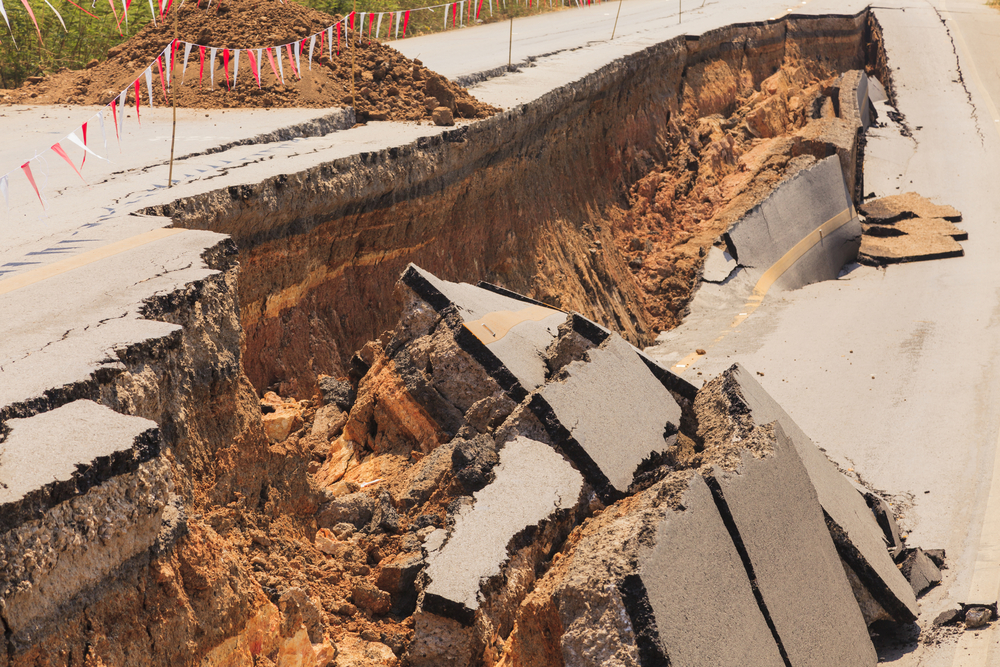 In a March 2020 article for The American Spectator, “Event Tectonics: Quake, Shake, Bake & Fake,” I assessed the prospective impact — large — of COVID-19 and compared it in salience to prior events. Those events I divided into four categories:

I then put COVID-19 in the “Quake” category, and observed, “Perhaps above all, the largely optimistic bipartisan view of China as moving towards a freer, and thus friendlier, society will fall into history’s ash-heap.”

Heading the “Shake” category were the terror attacks of Sept. 11, 2001. It seemed we had, at first, come together. But as the years dragged on without final victory, the country split asunder over detainee interrogation procedures, infiltration of Muslim terrorist groups, profiling at airports, and whether or not to try terror suspects in military or civilian tribunals.

For “Bake,” I flagged the Bernie Sanders 2020 campaign. While Sanders was seemingly a juggernaut headed for inevitable victory in the nomination battle, the belated entry of Joe Biden, who campaigned from the basement and held not a single genuine press event, won the day. (To be fair, Biden’s pull to the far Left seems to have been part of a deal under which Sanders sacrificed a long-shot presidential run for policy primacy should Biden win.)

For “Fake,” naturally I selected the Russia-collusion hoax that consumed the first two years of the Trump presidency. The hoax did lead to the first impeachment of the president, then an assured acquittal in the Senate trial.

With the above in mind, we may ask, What are 2021’s potentially tectonic events to date?

There are a plethora of domestic candidates:

(c) the open-borders immigration implosion, with video evidence of how the migrants are controlled by the cartels even when inside the U.S., including child prostitution;

(d) the shocking, steep rise in violent felonies, a massive urban crime wave created in large measure by defunding police, stripping police of protections against legal harassment — which led the entire Portland rapid response force to resign in protest — no-bail policies even for violent felons with a felony rap sheet, and an epic shoplifting epidemic in San Francisco due to enforcement lassitude and lenient laws on the books;

(e) a turbocharged green energy policy that closes down not only coal plants but also carbon-free natural gas facilities and pipelines — a 180-degree shift from Trump’s super-successful energy independence policies;

(g) the use of domestic terror laws to target “white supremacists”; dissenters criticizing Muslims risk being tagged with the invented crime of “Islamophobia” while Palestinians attack Jews in LA — call it “Judoephobia”; and

(h) a social media–driven cancel culture coupled with Marxist school indoctrination from kindergarten through college and graduate schools. One response to cancel culture and Big Tech censorship is new publishers who will air all points of view.

And there are other domestic possibilities, lurking, so to speak, below the waterline, that could come to pass and would be tectonic:

(b) legislating D.C. statehood despite its lack of constitutional warrant — the 23rd Amendment was adopted precisely because its supporters knew that statehood by statute was potentially reversible and thus settled for presentation in presidential elections, while sacrificing statehood;

(c) pushing Puerto Rico statehood after a rigged referendum event on the island produced a narrow margin in favor of statehood;

The source of Garland’s derisory comment is the administration’s National Strategy for Countering Domestic Terrorism (NSCDT), released June 15. The document is sprinkled with language declaring that civil liberties, privacy, and peaceful protest will be fully protected and malefactors who commit or induce violence will be prosecuted regardless of where they are on the spectrum from left to right. There is reason, however, to believe otherwise. The introduction identifies what it terms “violent ideological motivations.” It states “Among that wide range of animating ideologies, racially or ethnically motivated violent extremists (principally those who promote the superiority of the white race) and militia violent extremists are assessed as presenting the most persistent and lethal threats.” The NSCDT’s scope includes what it terms ”anti-government” and “anti-authority” violent extremists, but includes any “individual or group who engages in violence — or incites imminent violence — in opposition to legislative, regulatory or other actions taken by the government.”

Yet a look at the March 2021 Threat Assessment, incorporated into the NSCDT, cites these recent examples of what might promote violence by extremists: “Newer sociopolitical developments — such as narratives of fraud in the recent general election, the emboldening impact of the violent breach of the U.S. Capitol, conditions related to the COVID-19 pandemic, and conspiracy theories.”

The federal government will partner with public and private entities, at home and abroad. Specifically included are the technology sector and academia.

The NSCDT goes on: “It means ensuring that Americans receive the type of civics education that promotes tolerance and respect for all and investing in policies and programs that foster civic engagement and inspire a shared commitment to American democracy.”

At the end, the NSCDT drops this grenade: “These efforts lead to a broader priority: enhancing faith in government and addressing the extreme polarization, fueled by a crisis of disinformation and misinformation often channeled through social media platforms, which can tear Americans apart and lead some to violence.”

Much in these NSCDT excerpts is belied by the discussion preceding this section and has links to show a pronounced targeting of right-leaning advocacy, the metastasizing cancel culture that silences views disdained by the administration and its allies in mainstream media, and in the technology, corporate, entertainment, and academic sectors. But the icing on the cake is the NSCDT’s “broader priority” of “enhancing faith in government.”

“Enhancing faith in government?” What of the Declaration of Independence’s proclamation of “certain unalienable rights, that among these are life, liberty and the pursuit of happiness”? What of the Preamble to the U.S. Constitution, which begins, “We the People of the United States?” What of Article IX — “The enumeration in the Constitution of certain rights shall not be construed to deny or disparage others retained by the people” — and Article X — “The powers not delegated to the United States by the Constitution, nor prohibited by it to the States, are reserved to the States, respectively, or to the People” — of the Bill of Rights?

Every idea is an incitement. It offers itself for belief, and if believed it is acted on unless some other belief outweighs it or some failure of energy stifles the movement at its birth. The only difference between the expression of an opinion and an incitement is the speaker’s enthusiasm for the result.

Significantly, Holmes was defending the right of free speech in a case involving the 1919 conviction of a socialist and his co-conspirators for “criminal anarchy.” They had published a manifesto explicitly stating as their goal “to destroy the parliamentary state and construct a new state of the organized producers which will function as the revolutionary dictatorship of the proletariat.” That final phrase was the precise formulation of Russia’s Marxist–Leninist 1917 revolutionaries.

In perhaps his most famous opinion during his 25 years on the Supreme Court, Brandeis, dissenting in a 1928 wiretapping case, wrote,

Experience should teach us to be most on our guard to protect liberty when government’s purposes are beneficent. Men born to freedom are naturally alert to repel invasion of their liberty by evil-minded rulers. The greatest dangers to liberty lurk in insidious encroachment by men of zeal, well-meaning but with little understanding.

Turning to overseas matters, there are immense military challenges:

(a) China may go to war to end Taiwan’s de facto independence;

(b) Russia may drive deeper into Ukraine and/or invade the provinces of the three Baltic members of NATO; and

Nor can we ignore possible upcoming election time-bombs if between now and the 2022 campaign, post-election audits definitively show, in one or more of the contested states, that Donald Trump was victim of outcome-altering vote fraud. The Arizona audit in Maricopa County is being conducted under the most stringent recount procedures ever, following the methods adopted by gambling casinos to detect sophisticated cheaters. Georgia is investigating 2020 “election irregularities” — in part due to a November 2020 memo by a contractor documenting “massive election integrity failures and mismanagement” in Atlanta’s heavily Democratic Fulton County. While such findings could not reverse the results of 2020, they would cast a huge pall over the administration and its allies in Congress, the media, and their cultural allies elsewhere.

Finally, there is a 2022 event that could prove most tectonic of all: the November 2022 federal elections. Should Democrats keep the House and gain control of the Senate, the administration would claim virtual carte blanche to remake America. If a tectonic event favored the GOP, the result could trigger a massive GOP sweep of House and Senate races. The administration would effectively be restricted to rule by executive order, a course that is likely to encounter stiff judicial headwinds in the federal courts, where 234 Trump appointees can apply legislative laws and associated administrative rules to prevent rule by serial executive diktat.

Bottom Line. Perhaps the best analogy to what we face over the next 18 months resembles a clip from a 1950 all-time Hollywood classic, All About Eve: “Fasten your seat belts; it’s going to be a bumpy night.” Alas, in our case, we are talking about some 560 such nights — and days — 80 weeks until the Congress elected in 2022 convenes in early January 2023.