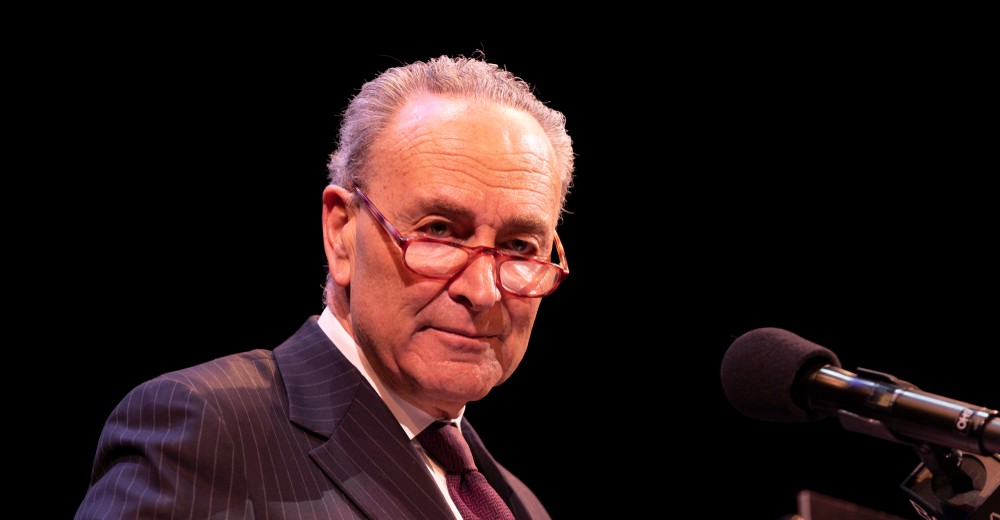 It may have a majestic-sounding name, but the proposed “For the People Act” that Democrats are pushing hard in Congress represents the greatest legislative threat to free and fair American elections in my lifetime.

The 817-page bill, S 1, which the U.S. Senate began considering last week, would take the worst of the fraud-friendly voting rules adopted in a Fauci-induced panic in various states during the pandemic era and make them permanent everywhere in the country.

HR 1, the 886-page companion version of this incredibly dangerous, antidemocratic legislation, which presumes elections can be run using a one-size-fits-all system imposed by Washington politicians, passed the House in March, 220 to 210, without a single Republican vote.

No wonder good-government lawmakers rejected it.

This bureaucratizing bill would federalize and micromanage elections in the states, slapping burdensome, unconstitutional mandates on state governments. It would erode security protocols and hinder states’ constitutionally mandated ability to fix the qualifications and eligibility of voters and safeguard the accuracy of voter registration rolls. It would prevent officials from removing the names of dead people from the voter lists.

The legislation would force states to cede their constitutionally guaranteed powers to redraw electoral maps to unelected commissions. It would compel officials to include both legal and illegal aliens in the population count for purposes of redistricting.

Ominously, this bill would limit the ability of Americans to speak freely in the political process, trampling on First Amendment speech protections.

The bill would give the government additional powers to regulate and censor campaigns and political activity both online and off. It would force heavy legal and administrative compliance costs on candidates and anyone who supports them.

The legislation would mandate the same kind of donor disclosure requirements that Jim Crow Democrats tried to enforce to harass the NAACP and that the Supreme Court ruled against in NAACP v. Patterson in 1958.

In recent years, voter suppression has become a euphemism for “something that does not give an advantage to Democrats.”

Senate Majority Leader Chuck Schumer (D-N.Y.) told the Senate Rules Committee last week that the bill is needed to combat supposed abuses by Republicans. Ironically, what Schumer falsely accuses Republicans of used to be standard operating procedure for Democrats before Republicans forced the Civil Rights Act of 1964 through Congress over Democrat objections.

“Republican legislatures have seized on the big lie to restrict the franchise, and inevitably make it harder for African Americans, Latinos, students and the working poor to vote,” Schumer said.

“We are witnessing an attempt at the greatest contraction of voting rights since the end of Reconstruction and the beginning of Jim Crow,” he added, accusing Republicans of supporting what he called “voter suppression bills.”

“Republicans appear content to allow the sacred right to vote to be taken away from millions on the false ground that there was fraud — something for which there is no evidence,” he said, offering his dubious, highly partisan opinion about the 2020 election.

Of course, no one is proposing to take the vote away from anyone, and there was undoubtedly some fraud in the recent elections. The disagreement is over how widespread it was and whether or not it affected the results.

Schumer’s all-purpose boogeyman, “voter suppression,” is a vessel into which the Left pours all manner of fevered nightmares and paranoid fantasies. In recent years, voter suppression has become a euphemism for “something that does not give an advantage to Democrats.”

Real voter suppression consists of things like siccing police dogs on black activists, as Birmingham, Alabama, Democrats did in 1963.

It does not consist of things today’s Democrats label as voter suppression, such as verifying your identity by presenting voter ID at the polls.

Speaker Nancy Pelosi (D-Calif.) bragged how the legislation would undermine First Amendment rights protected by the Supreme Court’s landmark 2010 decision in Citizens United v. FEC. In that ruling, the court recognized that not only is money the lifeblood of politics, but its use by businesses, labor unions, and nonprofits to advance a political cause is a quintessentially American thing.

In March, Pelosi claimed the bill would “reduce the role of money in politics and increase the level of decency and civility, [and] we will be able to elect many more women, many more people of color, many more young people into elective office.”

In reality, the bill would not take money out of politics. It would transfer money from taxpayers to candidates in what amounts to a kind of incumbent protection racket.

Candidates would be able to mooch off the public and receive taxpayer funds matching the donations they receive.

S 1 and HR 1 are less about safeguarding fairness in the nation’s elections and more about social-justice scheming, the redistribution of wealth, and helping Democrats.

Pete Hutchison is the president of Landmark Legal Foundation.