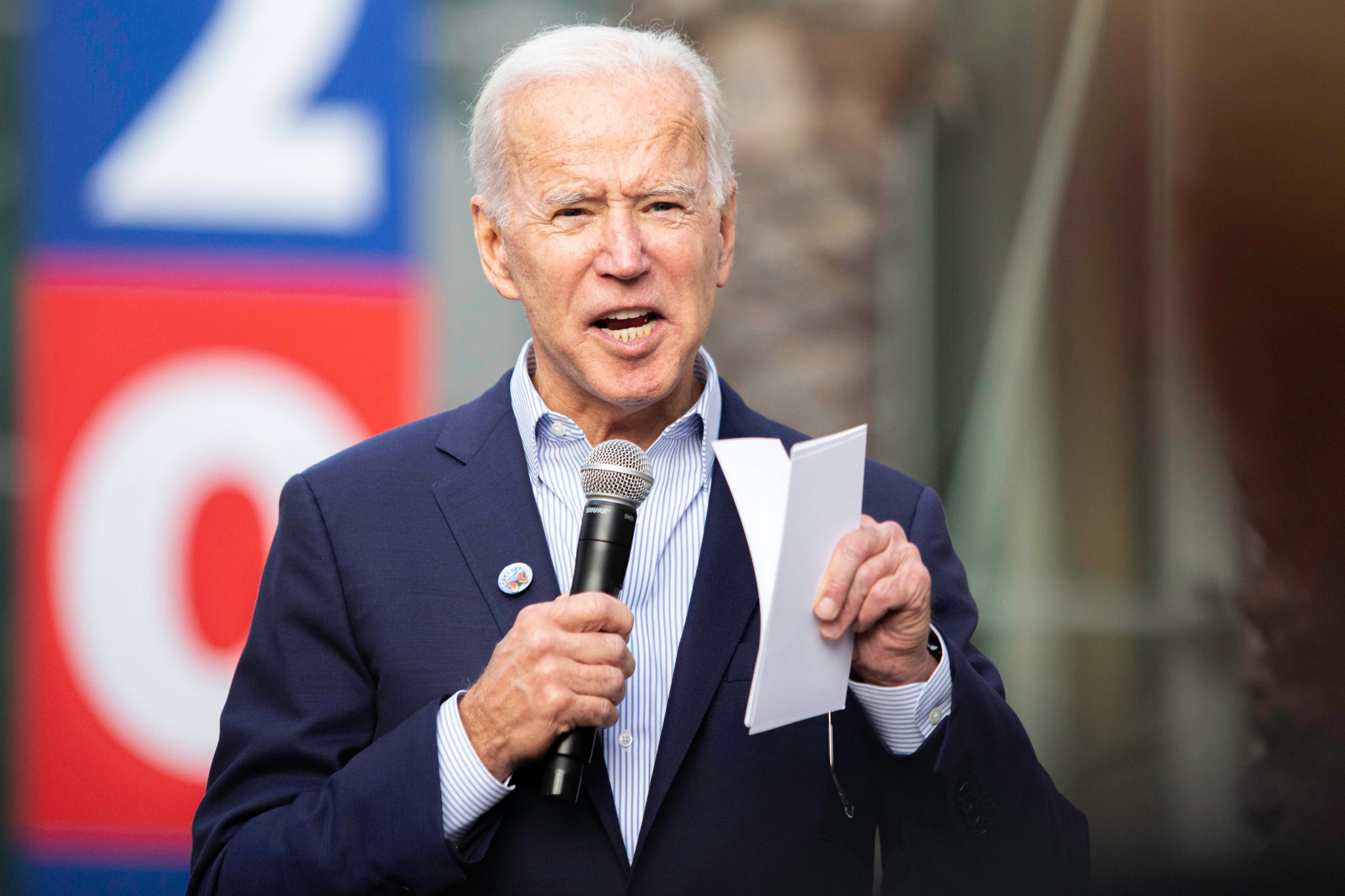 If I could vote in the upcoming election, I would most certainly vote for Donald Trump, just to stick it to all those free-speech-stifling people who identify as Democrats. I keep my mouth shut when I’m around these people, not just to avoid being shunned in the circles I travel in and by my own husband, but also because I’m a green card holder who doubts most American citizens would appreciate my perspective because I haven’t earned it.

People automatically assume that Canadians abhor Donald Trump, and by and large they are right — although I suspect that he’s probably hugely, HUGELY popular in our version of America called Alberta and rural British Columbia, and many other rural provincial pockets.

Watching how easily Joe Biden was propelled to victory by the Democratic apparatchik and realizing that the next president of the United States could be a woman who didn’t even break the glass ceiling on her way to the Resolute desk doesn’t sit well with my sense of ethics. It’s staged, contrived, deceitful (throw me some more adjectives). I admire authenticity.

All the major news outlets don’t seem to have a problem with the Dems robbing people of legitimate choice. Lately I’ve started talking back to NPR while I drive around Florida’s Gulf Coast. I hear NPR hosts boasting about how their news outlet prides itself on including all views, and I’m shouting at the dashboard: “No you aren’t! How often do you even interview Republicans or non-academics? All you talk about is Black Lives Matter, the LGBTQ community, and COVID-19. You supercilious idiots think you’re smarter than everybody else!” I stopped reading the New York Times and the Washington Post years ago when they started in on everything Donald Trump before he was even elected. My takeaway: I guess they don’t believe in free speech. Nothing Donald Trump did or said was ever right. Here’s a president who’s obviously and grotesquely flawed, but surely he’s gotten something right?

I don’t like being told how to think and being vote-shamed. I believe that most Republicans are the same persuasion. Donald Trump is hardly my idea of a populist, but he behaves like one on TV and Twitter. He’s the antithesis of those pointy-headed people in Washington and the sneering New York Times that the rest of the country doesn’t especially like.

Not that anyone pays attention to little me, but I believe that Donald Trump could win and win big once more for several reasons. Trump knows Americans better than they seem to know themselves these days. He is merely reflecting how ugly and ungovernable the country has been for years.

First off, nobody likes being talked down to, as Hillary Clinton found out when she stumbled over the basket of deplorables. Have the Democratic Party and its Facebook vigilante moms learned nothing in four years? I’m embarrassed for some of my friends on Facebook. These otherwise “well-educated” women are intolerant, foul-mouthed, mentally ill individuals. Extreme partisanship, of any kind, be it guns, politics, or religion, is a sign of a contagious mental illness, in my humble opinion.

Love him or hate him, short of kissing babies Donald is out there doing the job that a politician should be doing during the election season. RALLIES! … IN PERSON! … looking LARGER than life. Hispanic voters tend to have a penchant for populist strongmen. They are also “close talkers” (to recall a favorite Seinfeld episode). I hear they are warming to him. I think President Trump has that figured out. He’s maskless for a reason.

Foreign policy will not defeat Donald Trump. Outside of the Beltway, most Americans don’t even know or care where Kazakhstan is, but they may have watched Borat. Elections are about their lives, not somebody else’s life thousands of miles away.

Remember that winning slogan “It’s the economy, stupid?” I look around the non-gated suburbs of my Florida town and see that the lawn signs next to the multiple pickup trucks in the driveway are overwhelmingly Trump–Pence. Many of these people lost their jobs during COVID-19. Their young children are supposed to go to school virtually. How’s that working out for them? The only people having fun these days that I can see are the Trump flag-wavers in their pickups and jeeps. There was cotillion of them on my way to Goodwill this afternoon. My Democratic friends are nervous and angry to the point of making themselves ill. Neither of these emotions are healthy, and they are contagious to boot. Will COVID-19 disappear after the election, I wonder?

Lately, from inside my Democratic community of friends’ bubble, I’ve been wondering if the silenced majority are going to give the Dems a terrible hangover whenever those mail-in votes are finally decided. The shock will be HUGE!

The Big Lie is a propaganda technique that essentially boils down to: lie BIG and stick to your story in all its nuances no matter what happens. The state media is recruited to spread its selective version of the truth. Oddly enough, Wikipedia seems to believe that the Big Lie died a natural death in Nazi Germany. Otherwise why doesn’t it describe its occurrences in modern day political warfare? Today, we might call it “fact-checking.”

The only reason this might happen is if there has been a BIG LIE in relation to Donald Trump. And I don’t mean his lies, I mean what the media is doing and has been doing since the day Donald took his downward escalator ride into history. Is Donald Trump actually as far behind as the mainstream media, social media, and the Biden campaign claim that he is? Could the president actually be winning now and have been winning all along? Only if the Big Lie is failing to convince Americans, who pride themselves on knowing B.S. when they see it.

Elections are never about facts anyway. They are about emotions, perceptions, and loyalties. If I were a betting woman, I’d bet on Donald Trump winning the election because there is no downside to it for me. Everybody, according to the news media and my Dem friends, believe that Joe Biden is going to win.

Will Biden Get Trumped?

But wannabe Joe is playing with a stacked deck. His bid for the White House rests on a house of cards. And that house will crumble under the weight of his bluffs. How do you know Biden’s bluffing? Joe moves his lips.

Biden plays the sympathy card when his ads depict a sibling caring for her sickly brother, exploitation to the nth degree attempting to scare Americans about losing health care.

Biden plays the family card when he details the tragic deaths of family members just to make a specious point about alleged elimination of health benefits.

Biden plays the pious card when he makes an allusion to a pope and then the Bible, telling Americans not to be afraid. Not afraid of insinuating, seeping socialism?

Biden plays the senior citizen card when he says he will protect Social Security and Medicare. How are both in jeopardy?

Biden plays the leadership card when he tells the nation about how he will deal with the China virus pandemic. It’s identical to what is being implemented by the current administration — follow the science, medicine and equipment made in America — except mandated, “patriotic” wearing of masks. What a clever oxymoron!

Biden plays the great protector card. He promises to protect all Americans. Isn’t that already the task of the commander in chief? What does Joe tell the victims of vandalism and violence?

Biden’s otiose bloviating portrays him to be more the comic relief joker than an authentic candidate for the office of president.

Joe’s deck of foolish Tarot characters is running out.

If he is playing Contract Bridge or Spades … Biden will get trumped.

In one TV ad, presidential hopeful Biden alludes to Pope John Paul II and quotes from the Bible, “Be not afraid.” When a person professes to be one thing but then acts the opposite, that’s hypocrisy. Is that not blatant hypocrisy?

All Catholics are excommunicated under canon law for advocating “at will” abortions. Both New York Gov. Andrew Cuomo and nominee Biden advocate for a woman’s right to choose. They de facto are not allowed to receive the sacraments of the Church. No debating, no quibbling, no discussion.

Religious prejudice, once an obstacle to running for president, was put to rest by John F. Kennedy. Wannabe Biden is touted as a devout Catholic and oozes his religiosity. Now Biden wants Americans to believe he is one of the faithful because he spouts a pope’s name and cites the good book. Why then did the Dems and the media rail against President Trump when he clutched a Bible in his hands before St. John’s Church in Washington, D.C.? More hypocrisy?

From his first day in office Biden has the exact same plan that President Trump has already for controlling the pandemic, one relying on science and statistics. Joe wants mandated nationwide wearing of masks. But he then wants us to wear masks for patriotism, not by mandate.

Biden’s promos spew pure “pablum,” vague aspirations, obvious hypocrisy. Americans have reason to be afraid — of “affordable” universal health care, of socialism, of hypocrisy. To paraphrase another prominent Democrat, Franklin Delano Roosevelt, We actually have more to fear than fear itself.