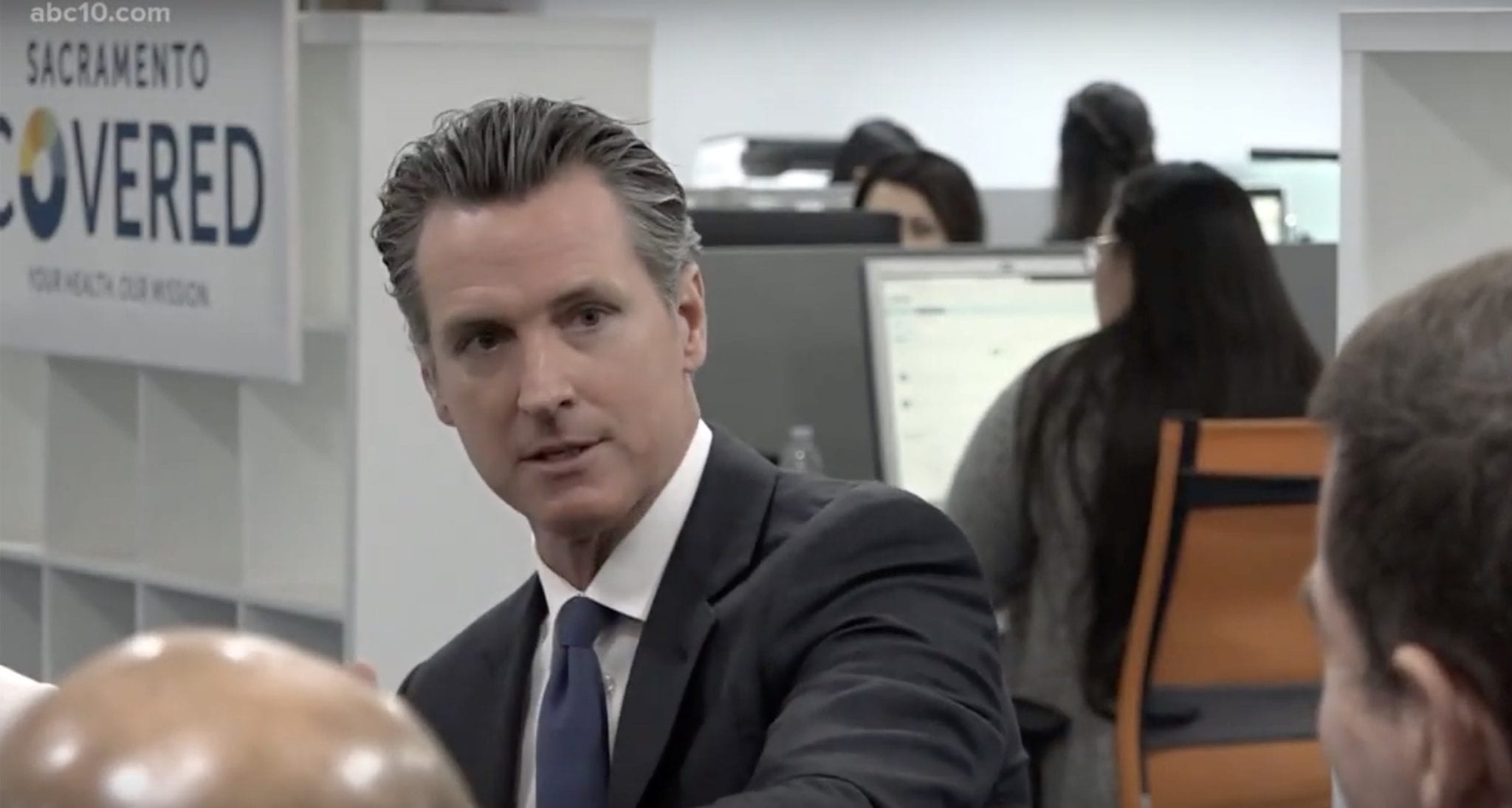 Justice Louis Brandeis called the states “the laboratories of democracy.” Jonas Salk labored in a laboratory. So did Victor Frankenstein.

The Sacramento Bee reported earlier this month, “California Gov. Gavin Newsom wants the state to provide health coverage to low-income young adults who are in the country illegally, but his plan would siphon public health dollars from several counties battling surging rates of sexually transmitted diseases and, in some cases, measles outbreaks.”

Newsom’s ambitious proposal compels California residents to buy healthcare plans. He fines those who do not. Sound familiar? Newsom combines the most unpopular aspect of Obamacare — penalizing those already penalized by circumstance — with a policy so unpopular that Barack Obama steadfastly denied it when Representative Joe Wilson accused him of seeking taxpayer funding to subsidize the medical costs of those in the country illegally. Give Gavin Newsom this: he doesn’t lie.

Even in California, where Democrats control both houses of the state legislature, 46 of 53 U.S. House seats, and both U.S. Senate seats, the plan meets much resistance.

While the public sees healthcare costs skyrocketing, Newsom and other ideologues persist in ignoring this concern. Instead, they focus on expanding coverage, which, inevitably, raises costs. A few Americans face an access problem; all Americans endure an affordability problem.

The total amount spent on healthcare — $3.5 trillion by the most recent count — indicates why the laboratories of democracy may not always act as the safest bet for reform. From Boston to Baton Rouge, Albany to Annapolis, corruption looms. Trusting the feeding grounds of bagmen with all that money seems a fool’s errand.

Medicaid, managed by the states, experiences instances of fraud on a daily basis. This past week, Massachusetts authorities convicted a Kenyan woman, who received a green card by marrying an American, of ripping off Medicaid for $2.5 million, three-fifths of which she sent to Kenya within weeks of the authorities searching her offices. A few days earlier in Albany, Georgia, a woman pleaded guilty to submitting bills to Medicaid for speech therapy to children who neither received nor needed it. The indictment alleges that through her work for a group called Babies Can’t Wait and the local school system she obtained the Medicaid numbers of children. Last week, the feds convicted Dr. Paul Mathieu for his role in defrauding Medicare and Medicaid programs of $30 million by posing as the owner of three Brooklyn clinics. “In addition to his role in the Clinics,” the U.S. Attorney’s Office of the Southern District of New York noted, “Mathieu also wrote unneeded prescriptions for adult diapers and other incontinence products.… Mathieu was so prolific in this regard that, throughout the period of the fraud, he was regularly a top prescriber of adult diapers in the State of New York.”

Wille Sutton robbed banks because, he said, that is where the money was kept. Now thieves rob Medicaid.

Alternatives exist. Rather than states or the federal government guarding our tax dollars, beneficiaries, the people vested in using that money effectively rather than wastefully, can do the guarding. Eighty-million watchdogs, one senses, more effectively protect the $600 billion spent on Medicaid better than the few people tasked with doing so by local, state, and federal government.

More importantly, vouchers hasten competition. When beneficiaries spend, competition ensues. People wish to get the most out of their money, so providers charge more at the risk of losing more. A means-tested voucher program to replace Medicaid forces providers to compete in pricing rather than lazily assume third parties pick up the inflated tab. People call Medicaid a welfare program but “entitlement” better describes it — the ultimate beneficiaries (drug companies, medical-device manufacturers, etc.) feel entitled to charge because they know the nonpaying customer won’t complain and the paying noncustomer won’t know.

Vouchers may seem far-fetched by those used to the status quo. But everywhere the status quo falls, or at least teeters, as voters grasp it does not work. And if Gavin Newsom can dream of taxpayers paying for the healthcare of illegal immigrants, why cannot more sensible people dream more sensible dreams?