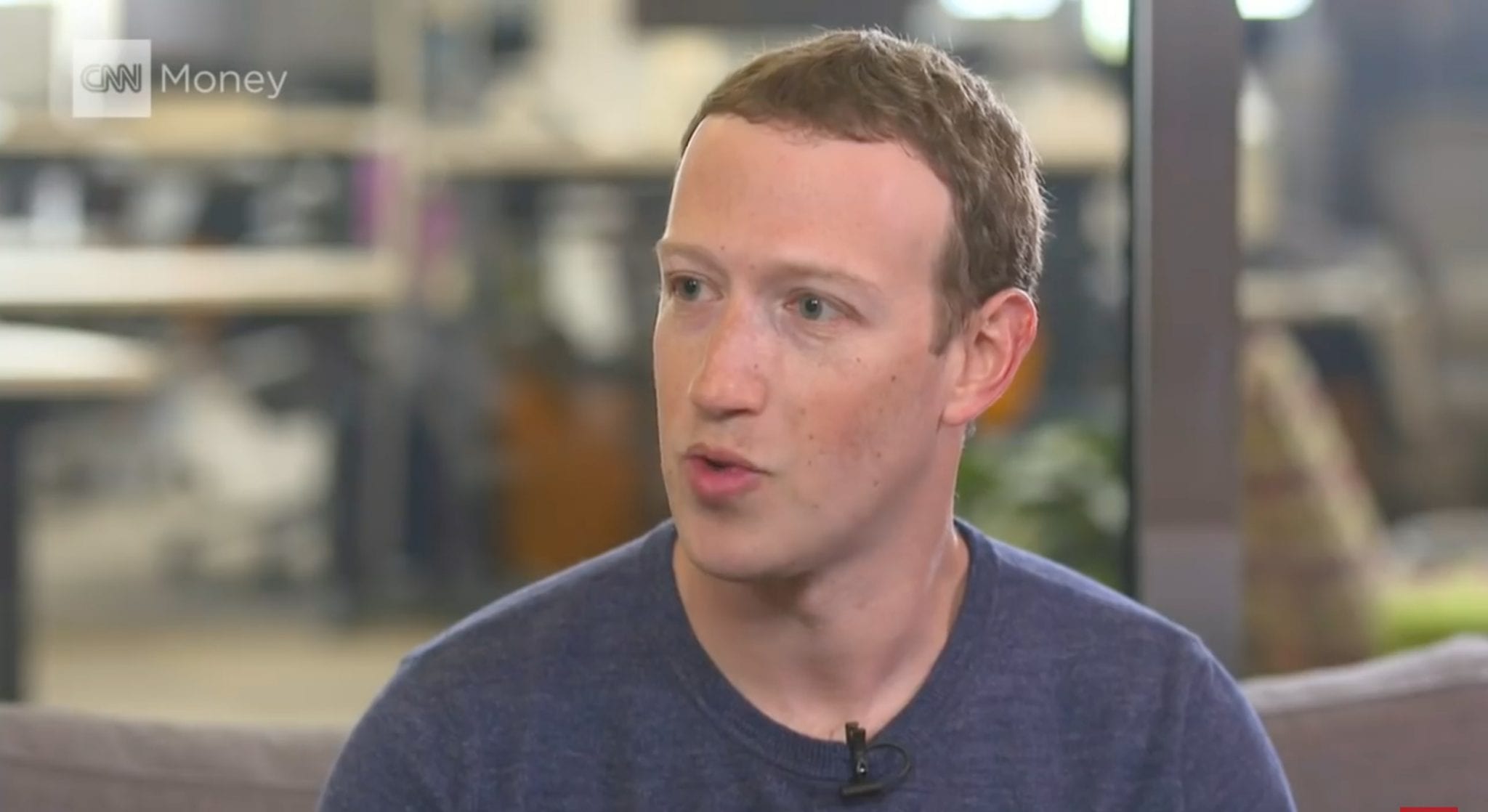 March 19, 2018 may go down as the day that the market finally stopped rewarding totalitarianism. Markets plunged 335 points, following news of rampant data misuse by Facebook, Inc., a company whose 4 percent drop dragged the entire market with them. Mark Zuckerberg reportedly saw $6 billion of his wealth evaporate in one day.

Couldn’t have happened to a nicer guy.

Yet, even as Wall Street finally feels its oats and rejects the rampant commercialization of Americans’ private lives, one question looms: Will Washington follow suit? By rights, it should. After all, what politician wants to be seen as complicit in handing over his or her constituents’ data, or the government’s, to unaccountable, shadowy companies?

Unfortunately, it appears that technology companies have begun to build a dangerous machine by which to control Washington, either by secretly funneling data from their consumers into the hands of friendly politicians, or by seeding federal agencies with their preferred cronies. For example, also on March 19, the Independent Journal Review reported that Carol Davidsen, former director of integration and media analytics for the Obama 2012 campaign, had harvested huge troves of Facebook user data for the purposes of marketing that campaign’s message, in much the same vein as the controversial company Cambridge Analytica had done, leading to its ban from Facebook.

But unlike Cambridge Analytica, Facebook did not ban or even stop the Obama campaign from using its data this way. Why? To quote Davidsen: “They came to office in the days following election recruiting & were very candid that they allowed us to do things they wouldn’t have allowed someone else to do because they were on our side.”

Let me make this crystal clear: Facebook tacitly enabled the Obama campaign to access the highly personal data of millions of Americans for the sake of winning an election, something it refused to tolerate when Cambridge Analytica did it, purely because Facebook wanted Barack Obama to win. There is a very real possibility that a single tech company picked the winner and loser of the 2012 presidential election. At best, Obama came into his second term owing Facebook a large chunk of his political success. At worst, Facebook had a puppet in the Oval Office.

That is a scandal of monumental proportions. But unfortunately, the Oval Office is far from the only portion of the executive branch that Silicon Valley’s most famous tech giants — the so-called FAANG (Facebook, Apple, Amazon, Netflix, Google) — have sought to secretly co-opt for their own purposes. Indeed, if Facebook has tried to monopolize the personal data of private citizens, Amazon is presently trying to monopolize the data of the U.S. government itself.

What’s more, they are perilously close to succeeding. Earlier this month, U.S. Transportation Command (TRANSCOM) announced that it would begin moving its classified data and applications to Amazon’s Web Services’ Secret Region: a cloud environment that already hosts data for the American intelligence community. And, please note, Amazon’s cloud will be the only one on which this data is stored.

This sets a dangerous precedent for the purposes of security and innovation, and accordingly, the decision to award this contract to Amazon was initially protested by Microsoft, though it has since withdrawn its protest. TRANSCOM’s defense for the move was straightforward: Amazon was the only company that offered the necessary clearance.

This may be true in TRANSCOM’s case. But there is a troubling question as to whether this is due to Amazon really being a superior company, or because Amazon has seeded the Department of Defense with its own lackeys. Consider the still undecided fate of a different cloud contract, the Joint Enterprise Defense Infrastructure (JEDI) project, which at one point proposed to migrate the data for the entire Defense Department onto Amazon servers.

There was just one problem: the Cloud Executive Steering Group (CESG) — the group tasked with awarding the JEDI contract — was stacked with people who were either former Amazon staffers, or who carried torches for Amazon. For example, the DoD staffer designated point-of-contact for the cloud industry came directly from Amazon Web Services, where he had served as Business Development Lead, according to his own Linkedin page, where he also describes himself as an “Obama alum.” And lest you be in any doubt as to this particular person’s loyalties, let’s just quote him: “Once an Amazonian, always an Amazonian.” Meanwhile, yet another member was described in a 2013 biography of Jeff Bezos as “one of Jeff Bezos’ closest friends.” Yet another publicly enthused about Bezos’ meetings with Defense Secretary Jim Mattis, while simultaneously mocking the products of potential Amazon competitors like Microsoft.

One could go on like this for a while, but suffice to say, it raises very troubling questions about whether Amazon has been deliberately trying to enact regulatory capture over the U.S. Department of Defense, placing all the data of the U.S. Government at the mercy of Bezos’ company. This is just as troubling as the prospect of Facebook handpicking the President of the United States. American sovereignty, self-government, and the common defense are all potentially at stake, and it is imperative that they not be outsourced to a few distant coders in the one-party bubble of Silicon Valley. Abraham Lincoln famously described the U.S. government as being “of the people, by the people, for the people.” If FAANG’s quest for power is not checked, that could easily become “of the techies, by the techies, for the techies.”