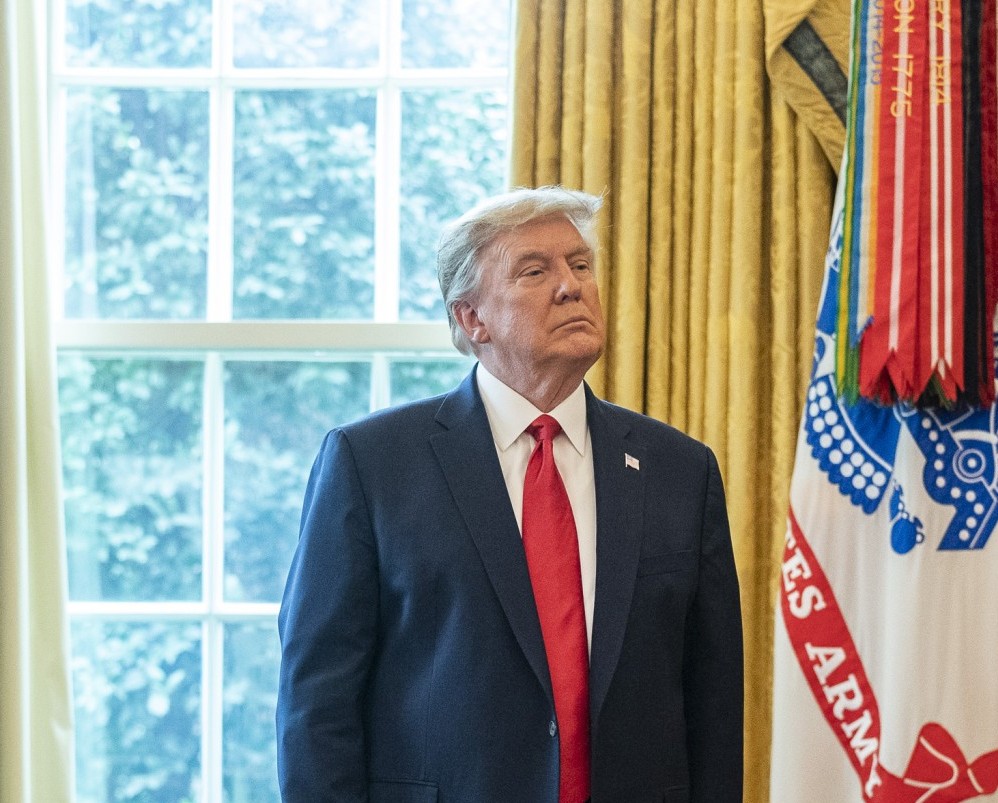 Those of us who favor free enterprise, limited government, property rights, and free trade can no longer support Donald Trump in his quest to win the presidency in 2024.

Full disclosure: In 2015, I set up two groups in support of Trump. One, Libertarians for Trump, garnered some 5,000 signatures. That’s not much, but it is significant for the very small libertarian community. The second, Scholars for Trump, which was limited to people with Ph.Ds. and other such advanced degrees, had about 250 sign-ons. We did this to obviate the charge that only rednecks, clutching their “guns and Bibles” in flyover country, would support this man.

Why our support for the Donald? It had little to do with him personally or public-policy-wise. Our main fear was that virago, Hillary. There are no absolutes in politics. Voting is always a relative matter. Trump would certainly be preferable to Godzilla. Imagine a Joe Biden who is not senile. The horror.

From a personal point of view, I was not all that put off by Trump’s obvious obnoxiousness. I’m from Brooklyn; he was raised in nearby Queens. With the exception of Staten Island, everyone in the Big Apple is personally detestable. No big deal then, and even now.

Why, then, turn against him at present? It is simple. There are now far better alternatives around. Within the Republican Party, there are Greg Abbott, Ted Cruz, Ron DeSantis, Josh Hawley, Larry Hogan, Asa Hutchinson, Rand Paul, Mike Pence, Mike Pompeo, Marco Rubio, Ben Sasse, Rick Scott, Tim Scott, Chris Sununu, and Glenn Youngkin. That’s quite a lineup. Who needs a blustering liar?

Then, too, his recent misbehavior has far surpassed mere personal obnoxiousness. I’m not talking about his lukewarm support for the “insurrection” of Jan. 6. He specifically said he wanted it to be “peaceful.” If that was a real attempt to take over the government by force, then the earth is flat. No, I’m horrified by Trump’s responsibility for the recent midterm election debacle; he supported candidates with loyalty to him over those with electability. Then, too, the timing of his recent announcement showed that he is not at all a team player. It was scheduled so as to take some of the wind out of Georgia Senate candidate Herschel Walker’s sails. And don’t get me started on how he ostensibly raised money for that man’s campaign and then fraudulently grabbed off quite a bit of it for himself.

Probably, senile old war horse Joe Biden will not garner his party’s presidential nomination. A younger person, with fewer faux pas in his past, likely will. That candidate will pulverize Trump, if Trump ever gets so far. A large part of the conservative vote is still under the influence of Trump derangement syndrome. None of the others mentioned above has anything like the negative baggage of this man. Moreover, it’s not clear that Trump would beat Biden in round two should that unlikely scenario ever come to pass.

Big mystery: why are Democrats so intent upon making it impossible for Trump to run in 2024? One would have thought that they would appreciate that as the Republican nominee, widely hated Trump would be just about the best guarantee of a Democratic victory. Perhaps their visceral hatred of this man outweighs their more usual focus on power. They have launched at him more lawsuits than you can shake a stick at; success in any one or a few of them would preclude any candidacy of his in 2024. Perhaps they are playing the long game: they plan to delay putting him in jail until after the 2024 election.

One further bit of unasked-for advice to the GOP: be NICE to the Donald. Adopt Ronald Reagan’s 11th commandment: speak no ill of any other Republican. Of course, Trump will not adhere to any such principle. Oh, no, for him, there will be name-calling galore. Why respond to nastiness with sweetness? Trump is in a position to upset the entire apple cart. If he wins the Republican nomination, he will almost certainly lose in the general election of 2024, assuming neither Biden nor Harris runs against him, given the enmity many conservatives have for him. But if he does not come away with the nomination, and feels cheated by this process, he can start a third party and practically guarantee a Democratic victory. That is why the other GOP candidates must be cordial to him. If enough MAGA-ites appreciate this, that will likely put any third-party effort to rest.

We cannot finish without engaging in this process ourselves. We hereby acknowledge and thank Trump for his positive contributions: the Supreme Court and other judicial nominations; holding the line on taxes, inflation, and business regulation; and his contribution to the Abraham Accords. Many would add his border policy. We should all wish him well in his retirement, provided he does not continue to undermine all the good he has accomplished. Some people just don’t know when to say goodbye.