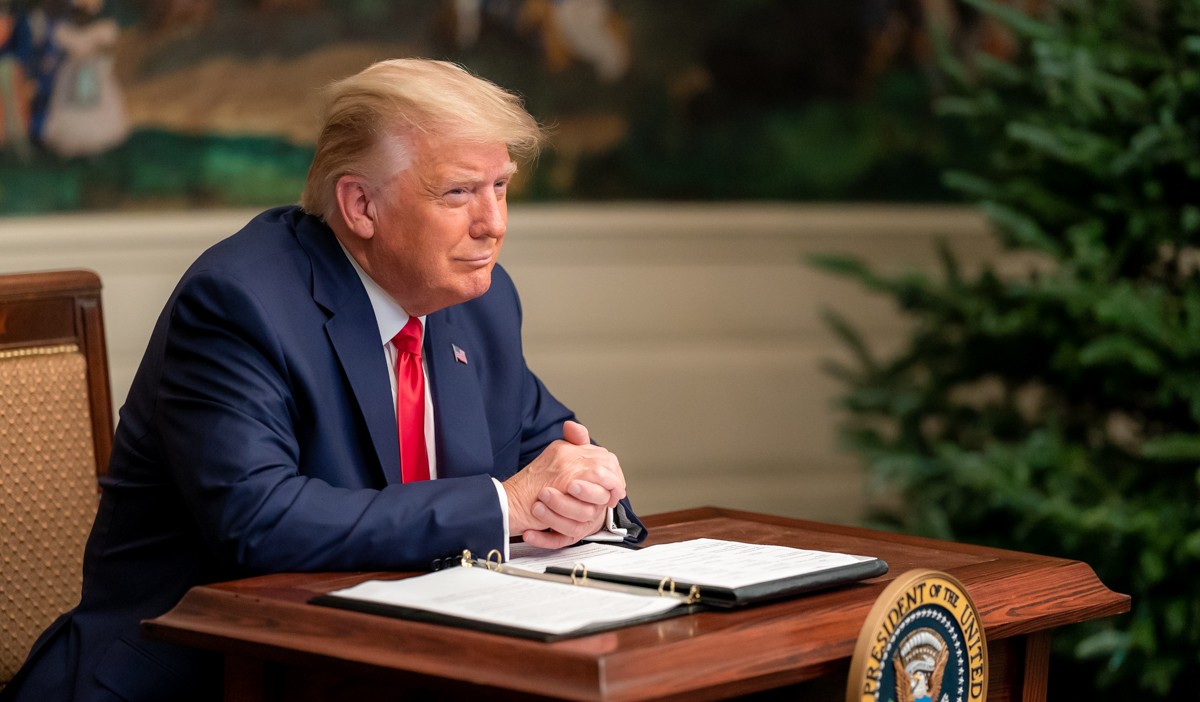 The headline on a recent, amazingly wrong New York Post editorial was this:

Trump’s silence on Jan. 6 is damning

Over there at the Post’s sister publication, our friends at the Wall Street Journal, was a similar headline:

The President Who Stood Still on Jan. 6

Even as the riot raged at the Capitol, Trump wouldn’t tell his supporters to stop.

Hello? Say what? Where to begin with a factual correction for both the Post and WSJ? Both of them are personal favorites of mine and daily must-reads.

Let’s start with the White House rally on January 6 which preceded the events at the Capitol. As I have mentioned before, I had a literal front row seat at that rally. I quite distinctly heard President Donald Trump, standing mere yards from me, tell his supporters to march “peacefully and patriotically” to the Capitol.

When the rally was over, I went not to the Capitol but to my Marriott hotel room to fulfill my television commitments for the rest of the afternoon. The president, obviously against his will, was returned to the White House.

That’s where the WSJ amazingly if unconsciously notes: “At about 1:30 p.m. he went to the dining room…”

At 2:38 Mr. Trump tweeted: “Please support our Capitol Police and Law Enforcement. They are truly on the side of our Country. Stay peaceful!”

Which is to say a mere 25 minutes after the Capitol was breached  — not 187 minutes, as the January 6 Committee lies — Trump asked his supporters to “stay peaceful” — for the second time — and added a request to:

Please support our Capitol Police and Law Enforcement. They are truly on the side of our Country.

Particularly startling is the WSJ saying Trump sat watching the chaos and was “refusing to send help.” It also says:

Mr. Trump took an oath to defend the Constitution, and he had a duty as Commander in Chief to protect the Capitol from a mob attacking it in his name. He refused. He didn’t call the military to send help.

Amazingly not noted in either piece is what Trump did in the run-up to January 6, specifically to protect the Capitol and the crowd of protestors.

Here is the headline from ace investigative reporter John Solomon’s Just the News:

The Pentagon first raised the possibility of sending National Guard troops to the U.S. Capitol four days before the Jan. 6 riots, setting in motion a series of rejections by Capitol Police and Democrats that left Congress vulnerable as threats of violence were rising, according to government memos that validate Trump administration officials’ long-held claims.

Over at Townhall, columnist Deroy Murdock asks this:

Likewise, if Donald J. Trump (DJT) wanted his supporters to storm Capitol Hill on January 6, 2021, and disrupt that day’s congressional certification of Electoral College votes, would he — two days earlier (sic)  — have approved 10,000 to 20,000 Washington, D.C. National Guard (DCNG) soldiers to stymie his own seditious plans?

You read that right. Before January 6 — four days before according to the official Capitol Police timeline — the president authorized the use of 10,000 to 20,000 National Guard troops to protect the Capitol and did so in front of Defense Secretary Christopher Miller, Miller’s chief of staff Kash Patel, Chairman of the Joint Chiefs Gen. Mark Milley, and White House Chief of Staff Mark Meadows. All of this is confirmed by Fox’s Sean Hannity. Yet the Post said:

What matters more — and has become crystal clear in recent days — is that Trump didn’t lift a finger to stop the violence that followed.

Say what? Say again, anticipating a problem four days before January 6 according to the Capitol Police timeline proves exactly that Trump authorized the deployment of 10,000 to 20,000 National Guard troops quite specifically in case there was violence. There it is in black and white. It is, to borrow from the Post, “crystal clear” that Trump authorized thousands of troops to stop any violence.

But for those troops to actually be deployed, there had to be a request from House Speaker Nancy Pelosi and Washington, D.C., Mayor Muriel Bowser. Solomon writes that the Capitol Police put together a timeline of the events leading up to January 6, quoting the DOD’s Patel thusly, bold print for emphasis supplied:

The Capitol Police timeline shows what we have been saying for the last year — that DOD support via the National Guard was refused by the House and Senate sergeant at arms, who report to Pelosi,” Patel said. “Now we have it in their own writing, days before Jan. 6. And despite the FBI warning of potential for serious disturbance, no perimeter was established, no agents put on the street, and no fence put up.

In other words, according to the Capitol Police, Trump tried to protect the Capitol from any prospective violence — and was specifically rebuffed by Pelosi and D.C. Mayor Bowser.

And as to Mayor Bowser, she wrote this in a January 5 letter to Secretary of Defense Miller, as told by Solomon:

“To be clear, the District of Columbia is not requesting other federal law enforcement personnel and discourages any additional deployment without immediate notification to and consultation with MPD, if such plans are underway,” Bowser wrote, adding she believed her police department was “well trained and prepared to lead the way” to ensure Jan. 6 unfolded safely.

So. To sum up for the record what Trump actually did:

2) The Capitol Police timeline shows, in writing, that Trump’s authorization was “refused by the House and Senate sergeant at arms, who report to Pelosi.” To say, as the WSJ does, that “He didn’t call the military to send help” is just factually wrong. He did exactly that, according to the Capitol Police timeline, four full days before January 6 — and both Pelosi and Bowser refused to accept that military help.

3) On January 6, Trump personally, on live television and right in front of me, appealed for his supporters to march to the Capitol to “peacefully and patriotically” protest.

4) Returning to the White House, he sat down in the dining room off the Oval Office at 1:30 p.m. The Capitol was breached at 2:13 p.m. A mere 25 minutes after the breach, Trump tweeted a request to his supporters to “stay peaceful.” That request followed his earlier televised request at the White House rally to do the same. In other words, he did this not once but twice.

5) In that same, second request for a peaceful protest, he also requested that the protestors: “Please support our Capitol Police and Law Enforcement. They are truly on the side of our Country.” That is hardly staying silent, as the Post says he did, much less standing still, as the WSJ says he did. It is, in fact, exactly the opposite.

Bottom line? The two editorials suggesting that Trump was silent on January 6 are factually — say again factually — just wrong. Not only did he appeal for peace and respect for the police, tweeting his second request a mere 25 minutes after the Capitol was breached, but also a full four days before he had authorized those thousands of National Guard troops to protect the Capitol. And was refused by Speaker Pelosi and Mayor Bowser. Not that the January 6 Committee will be calling either to testify.

The New York Post and the Wall Street Journal are daily must-reads, and terrific daily reads at that. Full disclosure: I have been published by both.

But in this instance, there are too many facts out there on the record — say again on the record — about exactly what Trump did and said both on January 6 and in the days leading up to that day that starkly disprove these two editorials.