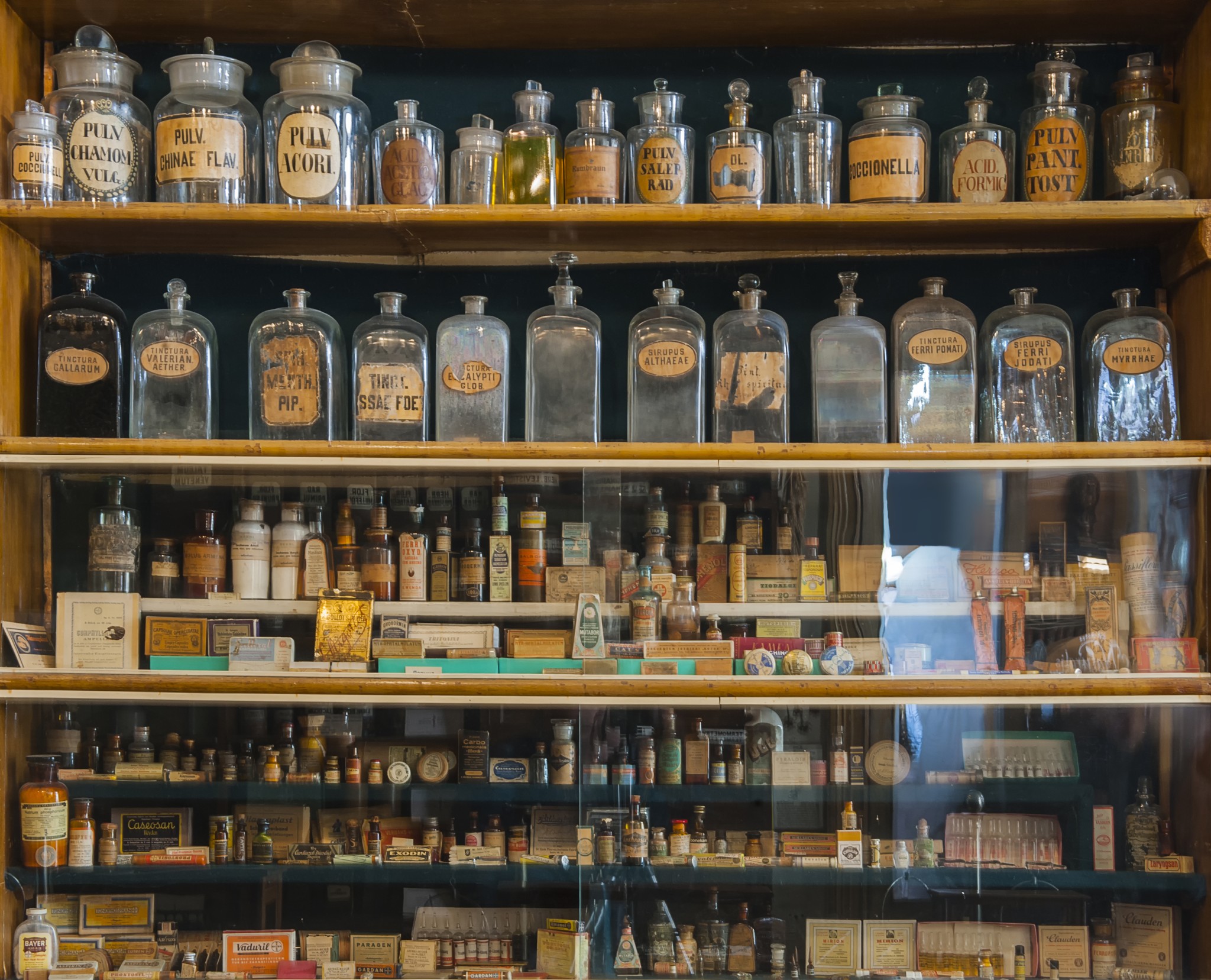 Doctors and Distillers: The Remarkable Medicinal History of Beer, Wine, Spirits, and Cocktails

Walk into the average American grocery store and you will see the spices in one aisle, herbal cures in another, and beer and wine somewhere else. Over-the-counter medicines have their own section, and drugs are locked up behind the pharmacist’s counter. And distilled spirits, well, you likely will not find them on the shelves — they typically are exiled to dedicated liquor stores. Separate products for separate purposes, all packaged, marketed, and sold separately.

This state of affairs developed only in the past century, as one learns from Camper English’s diverting Doctors and Distillers: The Remarkable Medicinal History of Beer, Wine, Spirits, and Cocktails (Penguin, 2022). Hitherto, these foodstuffs were united in the form of boozy health tonics and curatives, which the sick or simply thirsty acquired from apothecaries, monks, barbers, or other medicine men.

As early as 7000 B.C., the Chinese were fermenting rice, honey, and fruit into a quasi-wine to gulp. Persians were farming grapes not long thereafter, and, by 2000 B.C., denizens of Egypt and other parts of the Middle East were quaffing beer. These drinks of antiquity were safer than the water available, English explains. During the fermentation process, “the water was heated or boiled, killing many microbes in the process,” and the resultant alcohol in the drink croaked pathogens and delayed spoilage.

Moreover, these beverages were nutritious. Wine delivered antioxidants and energizing sugars and calories, and it often was produced with healthful herbs and spices. Ancient beer was “more like gruel” and packed proteins, vitamins, and minerals. “It was the sports drink of the day,” quips English. There were no lines between food, drink, and medicine. For example, a Sumerian tablet from 2100 B.C. advises “washing a [flesh] wound with beer and hot water, making plasters of herbs, ointments, and [plant] oils, and bandaging.” Similarly, an Indian papyrus from 1500 B.C. directs those who suffer from dyspepsia to consume an onion cooked in beer.

The unification of spices, herbs, alcohol, and medicine was completed by the discovery of distillation by Egyptian chemists around 100 A.D.

Heating a liquid into steam and condensing those vapors back into liquid is a purification process: Foul water or salty sea water could be distilled into water safe to drink. Distillation also enabled the essences of different substances to be seamlessly combined. These early scientists merged rose petals and water into rosewater and manufactured perfumes.

Eventually, perhaps around 100 A.D., some tinkerer in the Middle East or Europe pitched wine or beer into a still, and, voilà, liquor was born. The power to create high-proof alcohol enabled the learned men of the day to produce tinctures, or boozy extracts of herbs and even animal substances designed to cure any and every malady.

And liquor itself proved to be a veritable blank canvas on which monks, barbers, and apothecaries could apply dozens and even hundreds of herbs, fruits, and other foodstuffs. Whatever the conception of good health, be it balanced humors or a body free from pollutants, a liquor or liqueur could be made to achieve it. The wormwood in absinthe, for example, was believed to help the gastrointestinal tract to expel parasites. Dubonnet, a blend of fortified wine and herbs still sold today, was consumed to cure malaria since it contains quinine (derived from cinchona tree bark).

By the early 20th century, things had gotten way out of hand. Booze companies often were snake-oil salesmen, peddling their liquors as cure-alls. The Rochester, New York, makers of Duffy’s Pure Malt Whiskey ran newspaper ads claiming their hooch had cured 4 million people, including “164,326 cases of dysentery, 331,521 cases of malaria and 331,246 cases of ‘weak women.’” Congress and the federal government stepped in to create national rules around the production and advertisement of food, drink, and medical cures. The enactment of Prohibition in 1920 put most makers of alcoholic beverages out of business, and the guilds of doctors and pharmacists moved far, far away from booze and botanicals.

Camper English’s Doctors and Distillers is a delightful way to journey back in time and see the many and often crazy ways that drink and medicine merged. Having finished reading this expansive book, nonetheless my yearning for those remarkable days of yesteryear remain. So off to a bar I shall go, where I can relive them by paying a mixologist to serve me an elixir of Fernet-Branca and cola, or perhaps a slug of herb-loaded Jägermeister.

Kevin R. Kosar is a senior fellow at the American Enterprise Institute and the author of the books Whiskey: A Global History and Moonshine: A Global History. He blogs about drink at AlcoholReviews.com.

Free to Choose: The Rise of Non-Alcoholic Booze

Your Guide to the Only Manhattan Worth Visiting