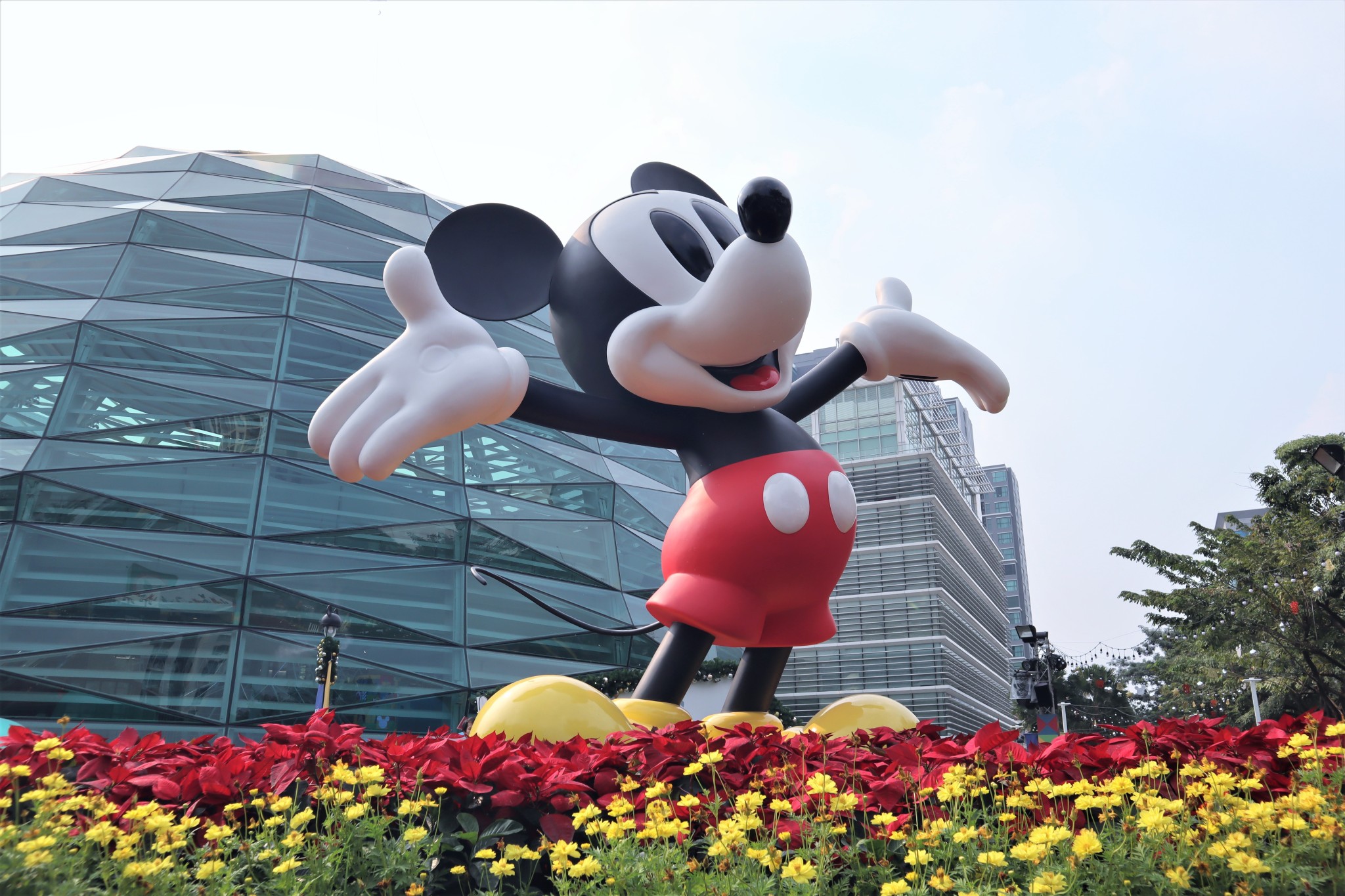 In my childhood years and even into my grown-up years, I regarded myself as Mickey Mouse’s pal. Uncle Walt’s pal, really. I went to the theme parks and collected the toys and went to the Disney movies. As a child, with my parents; and as a parent, with my children.

Among other work I have done through the years as a writer and a cartoonist, I was a writer of Walt Disney comics. I did numerous treatments and scripts for Mickey, Donald, Uncle Scrooge, and the rest of the gang.

When I was hired, I was given a “story bible” which instructed artists and writers on how to handle the characters. My essential requirement was to “write like Carl Barks and Floyd Gottfredson.” These were the men most responsible for the Donald and Mickey, respectively, we all knew from comic books and strips (Carl had even created the Uncle Scrooge character). As a fan and scholar, I already knew them personally and it was a dream assignment.

To children in America for almost a century now, Mickey has been part of our DNA and in our blood.

Suddenly, however, we are diagnosed with a blood infection, so to speak.

The dissolution of the Magic Kingdom’s magic and the betrayal of Uncle Walt’s vision and ethos have not been precipitous but recently have accelerated with a vengeance. At the parks and in cartoons and movies, the words “ladies” and “gentlemen” and “boys” and girls” literally will be proscribed. A princess is an endangered species because girls who might not dream of being princesses must not be offended nor have such awful visions planted in their heads.

Mickey and Tinkerbell have been dethroned as Disney spokespeople. “Goofy” would be more appropriate. I hereby nominate him. Or Cruella.

Today, I would refuse to work for the transformed Disney, this counterfeit colossus, a Magic Kingdom of black magic. And it is not I who has changed.

I knew a delightful lady, Virginia Davis, who as a little girl was a neighbor of the unknown Walter Elias Disney in Kansas City. When the ambitious cartoonist dreamed up a concept of a live-action girl in an animated world, which became the silent cartoon series Alice in Cartoonland, Ginni Davis played the role. And when the series became a success, Disney moved to Hollywood to produce more, and the Davis family followed. Decades later, when I invited her out of retirement in Boise, Idaho, to comics conventions here and in Europe, she recalled uncountable stories of Walt, who, several years after Alice, created Mickey Mouse.

Ginni Davis remained friends with Walt’s widow Lillian. Even 25 years ago, I was told, Lillian was very unhappy with what the Disney “brand” had become and she thought Walt would not have recognized or even liked it either. And that was before the studio’s politically correct pledges to sanitize its vocabulary and to make a corporate commitment to design half of the studio’s characters to be “LGBTQIA and racial minorities.”

Disney’s president of general entertainment content, Karey Burke, confirmed the policy last week. She claimed in a Zoom call to employees that she was shocked to realize that there were only a “handful” of “queer” lead characters in Disney productions. She proudly said that she has two “queer” children herself. Technically, one is “gay” and one is “pansexual,” a category whose meaning eludes me (as do a couple of the letters in “LGBTQIA+”).

The spark that ignited this latest bit of lunacy was the Florida legislature’s law to prohibit the discussion of topics like transgenderism to students from kindergarten to third grade. The governor signed the bill, the growing “woke” elements of the nation’s “virtuous” elites erupted in protest, and Walt Disney World in Orlando — the sprawling megalopolis that enjoys tax and regulatory privileges from the state — went public with its dissent and initiated political threats. (READ MORE: Disneywoke: The Decline of a Great American Company)

Any of us can go broke or lose a job, but we get a new job and we recover. Couples split up and get back together … or don’t, but we find new loves eventually. Friends move away; we make new friends. Someone might betray us, and it hurts, but time heals the wound, or we forgive; usually, we forget. In awful situations, we get sick, and recover, or cope.

But there is one thing that cannot be restored, or repaired, and certainly not redeemed when violated or lost. That is the innocence of a child.

“Kids grow up too fast,” we often hear, and that seems true, but I address more than that. As life has become too loud, too rude, too new, too strange, and, yes, too fast for adults, it surely has for children. Does technology and new media rob children of imagination, or perhaps encourage imagination? I suspect it will take generations for that judgment.

But I am not inviting us to think about imagination. I am talking about innocence.

Aspects of sex and sexuality ought to be the domain of parents within the family setting. It is the same for matters of morality. Values. Standards. But teachers, teachers’ unions, liberal politicians and judges, the “entertainment” industry, and the talking animals and prancing fairies at Disney theme parks — they mostly agree that parents are the last people who should inculcate knowledge and wisdom in their children.

Maybe next they will propose that parents should be the responsible parties for reading, writing, and arithmetic since those disciplines are no longer the priorities of schools.

“Train children in the way they should grow, and when they are old they will not turn from it.” (Proverbs 22:6)

Rick Marschall is the author of 74 books, many articles, essays, and (currently) three blogs a week. A former political cartoonist, editor of Marvel Comics, and writer for Disney comics, he has taught at four universities and regularly speaks on his specialized fields – popular culture, history, and Christian apologetics. Bostonia magazine called him “perhaps America’s foremost authority on popular culture.”