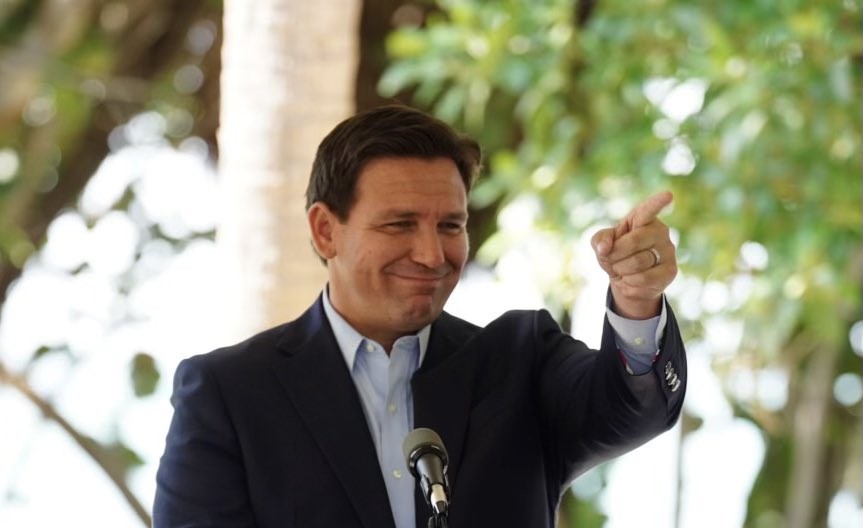 Florida Gov. Ron DeSantis delivered a moving inaugural address Tuesday. While DeSantis has taken aim at culture war issues in his first term, he signaled in his speech that he’s not done yet.

The governor repeated a phrase that received significant attention after his reelection victory: “Florida is where woke goes to die.”

Though these topics are important for Floridians, they are also important for Americans in the other 49 states. As National Review’s Jim Geraghty wrote, “this section could be delivered in a presidential campaign announcement speech, verbatim.”

Here is the section Geraghty referred to:

We reject this woke ideology.

We seek normalcy, not philosophical lunacy!

We will not allow reality, facts, and truth to become optional.

We will never surrender to the woke mob.

Florida is where woke goes to die!

Now Florida’s success has been made more difficult by the floundering federal establishment in Washington, D.C.

The federal government has gone on an inflationary spending binge that has left our nation weaker and our citizens poorer, it has enacted pandemic restrictions and mandates – based more on ideology and politics than on sound science – and this has eroded freedom and stunted commerce.

It has recklessly facilitated open borders: making a mockery of the rule of law, allowing massive amounts of narcotics to infest our states, importing criminal aliens, and green-lighting the flow of millions of illegal aliens into our country, burdening communities and taxpayers throughout the land.

It has imposed an energy policy that has crippled our nation’s domestic production, causing energy to cost more for our citizens and eroding our nation’s energy security, and, in the process, our national security.

It wields its authority through a sprawling, unaccountable and out-of-touch bureaucracy that does not act on behalf of us, but instead looms over us and imposes its will upon us.

The results of this have been predictably dismal.

This has caused many to be pessimistic about the country’s future. Some say that failure is inevitable.

Florida is proof positive that We the People are not destined for failure.

Decline is a choice. Success is attainable. And freedom is worth fighting for.

This speech is far from the first clue that DeSantis will be a formidable Republican primary candidate for president in 2024. A recent poll conducted by USA Today/Suffolk University found that Republican likely voters preferred DeSantis over Trump by a margin of 23 percentage points.

A political wave is growing in favor of DeSantis. Will he ride it?

Whether or not DeSantis decides to run for president, he is clearly offering Americans an alternate path.

The choice will ultimately be up to the American people.

And as the Florida governor opined in his address, “Decline is a choice. Success is attainable. And freedom is worth fighting for.”