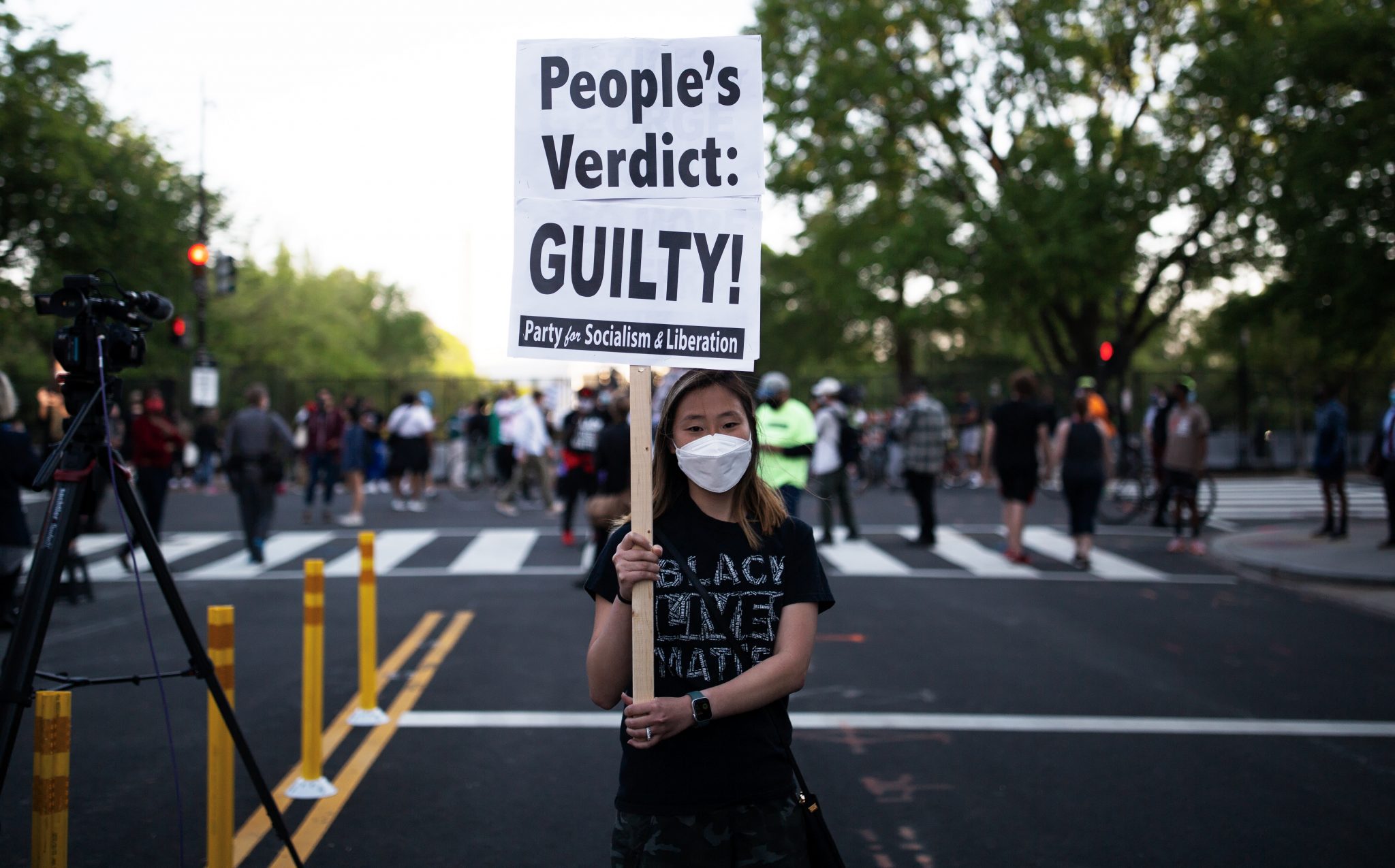 At his June 25 sentencing hearing, former Minneapolis police officer Derek Chauvin has the right to speak on his own behalf before the judge imposes the sentence. Here is what he might say.

Your honor, police work is a job like no other. Unlike most professionals, when police officers leave home on a night shift, their spouses and children pray that they will come home safe the next morning. They have reason to fear.

Last year alone, 295 American police officers were killed on the job, and many thousands more were injured. Cops run these outsized risks for a variety of reasons, but money is hardly among them. The average cop makes slightly more than a letter carrier but slightly less than a UPS driver.

In April, not far from here, police veteran Kim Potter shot a resisting suspect. Although the shooting was undeniably an accident, Potter was promptly arrested and charged with second-degree manslaughter.

Unlike other professionals, cops cannot expect equal justice under the law. White cops like Potter clearly run more legal risk than non-whites, at least when the suspect is black. The mobs demanded Potter’s arrest, and they got it.

In Washington, on January 6, a still unnamed Capitol Police officer shot and killed an unarmed white female Air Force veteran without warning. The mobs were silent. So were the media. The officer went unpunished. That is not equal justice.

Police officers risk tragic encounters as a matter of course. On the average day in America, police arrest 28,000 people. Roughly 2 percent resist arrest. That means 560 times a day something can go wrong for an officer either physically or legally or both.

May 25, 2020, was one of those days. Officers Thomas Lane and Alex Kueng tried to arrest George Floyd. He resisted. Kueng was on only his third shift as a police officer. Lane was on his fourth. When my partner Tou Thao and I arrived at the scene, the two were struggling to get Floyd into the back seat of their patrol car. You’ve seen the videos. Floyd was much bigger and stronger than any of us, and he was resisting aggressively.

We did not hit him or tase him or put him in a chokehold — all legal maneuvers. We tried to accommodate him. I offered to roll down the car windows and turn on the air conditioning. Obviously high on something, Floyd fought his way out of the car and even thanked us when we let him lie on the ground.

The fault for misdiagnosing Floyd’s condition was mine. Given the force of his resistance, I had no reason to believe he had two dangerously blocked arteries or that he had ingested enough fentanyl to kill a man three times over and enough meth to finish the job. Yes, he said he couldn’t breathe, but he told us that even while sitting in the car. The bystanders knew none of this. Nor did the millions who saw the video.

Floyd was dying when I got there. I admit, I misread the signals. Your honor, I would ask you to do all in your power to void the charges against Lane and Kueng. To imprison two rookie officers for following a veteran’s lead in a charged, hostile environment is a profound injustice. Ours is a job like no other, but it should not be that unlike.

As to the maneuver I used to control Floyd, you heard what use-of-force expert Barry Brodd said, namely that I was “acting with objective reasonableness, following Minneapolis Police Department policy and current standards of law enforcement.”

And, of course, you know what happened to Brodd — vandals smeared blood on the home they thought he lived in and left behind a pig’s head as a reminder to other “pigs” who might squeal. I do not have to tell you why more experts did not come to my defense. You understand.

We called the EMTs not once, but twice. That is not something murderers do. While we waited, the kneeling maneuver allowed me to keep my hands free. I needed them. Dr. Martin Tobin testified that Floyd took his last breath at 8:25 p.m, three minutes before the EMTs arrived. At that very moment I was reaching into my pocket to pull out a can of Mace to keep a screaming, threatening crowd from encroaching any closer.

The persuasive Dr. Tobin had 150 leisurely hours to review the situation. I had 10 chaotic minutes. I suspect that Tobin has misdiagnosed a few patients in the course of his career. All doctors do, sometimes lethally, but doctors never have to make their diagnoses with a can of Mace in their hands and people screaming in their ears.

One death that some experts believe Tobin misdiagnosed was Floyd’s. They say “asphyxia” was not the cause of death but rather “cardiac arrhythmia during an episode of excited delirium.” The one man to examine Floyd’s body, Hennepin County Medical Examiner Dr. Andrew Baker, failed to notice any signs of asphyxia. To convict me of murder, however, prosecutors needed an asphyxia diagnosis, and they got one.

The four of us went to work that evening with no intention of hurting anyone. Had Officer Kueng hoped to harm black people it would have surprised his Nigerian father. As for me, you heard Minnesota Attorney General Keith Ellison say on 60 Minutes, “We don’t have any evidence that Derek Chauvin factored in George Floyd’s race as he did what he did.”

And let’s be honest. Ellison and others, the media included, did a deep dumpster dive to justify “hate” as a motive and came up empty-handed. So please, your Honor, help me understand: What was my motive for harming George Floyd, let alone murdering him?

Joe Biden thinks he knows. The president said, “It was a murder in the full light of day, and it ripped the blinders off for the whole world to see the systemic racism the vice president just referred to — the systemic racism that is a stain on our nation’s soul.” Even if I had been acquitted, Biden’s DOJ was on standby to arrest me before I left the courthouse. Now they’ve slammed all four of us with bogus federal charges for no reason other than to appease their increasingly lawless base.

Justice has been turned on its head, your Honor. In 2007, the 6-foot, 6-inch George Floyd impersonated a police officer, forced his way into a pregnant woman’s home, and held a gun to her belly while his posse robbed her. Floyd was sentenced to five years in prison for this crime, not his first. The goal of the state prosecutors and the DOJ is to see that I spend the rest of my life in prison for my first “crime.” As you know, I do not exaggerate.

Worse, as the cop who “murdered” George Floyd, I will have a target on my back. As a result, I will likely spend those years in solitary confinement or something like it, all for a misjudgment made without motive in the heat of a tumultuous moment.

But let’s be honest here. If it wasn’t me, it would have been some other cop. In the age of the cell-phone video, producers and editors across America were eagerly scrolling through footage in the hope of finding a clip of a white cop appearing to mistreat a black suspect. Such a find would improve their ratings, enhance their self-esteem, and motivate the Democratic base in an election year. Win-win-win.

Rather than address the havoc that liberal policies have wreaked on America’s cities these last 60 years, the media and their Democratic allies have conjured a phantom plague of systemic racism. Rather than offering solutions, they offer up real scapegoats to atone for the nation’s imagined sins. Ours, as I say, is a profession like no other, the only one in which human sacrifice has become part of the job description.

I could go on, your Honor, but I won’t. I don’t blame you for not granting a change of venue or sequestering the jury or calling for a mistrial after Rep. Maxine Waters told her followers to “get more confrontational” if they did not like the verdict. The die was already cast. Jurors, as we know now, were either too frightened or too caught up in “the cause” to be objective. For the same reasons, the witnesses were as unreliable as the jurors.

But now, your Honor, it has all come down to you. If you do the right thing, you have every reason to be afraid, but your fear should help you understand the anxiety that deformed this entire process.

It is unfortunate that George Floyd died in Minneapolis, your Honor. It would be a tragedy if due process died here as well.