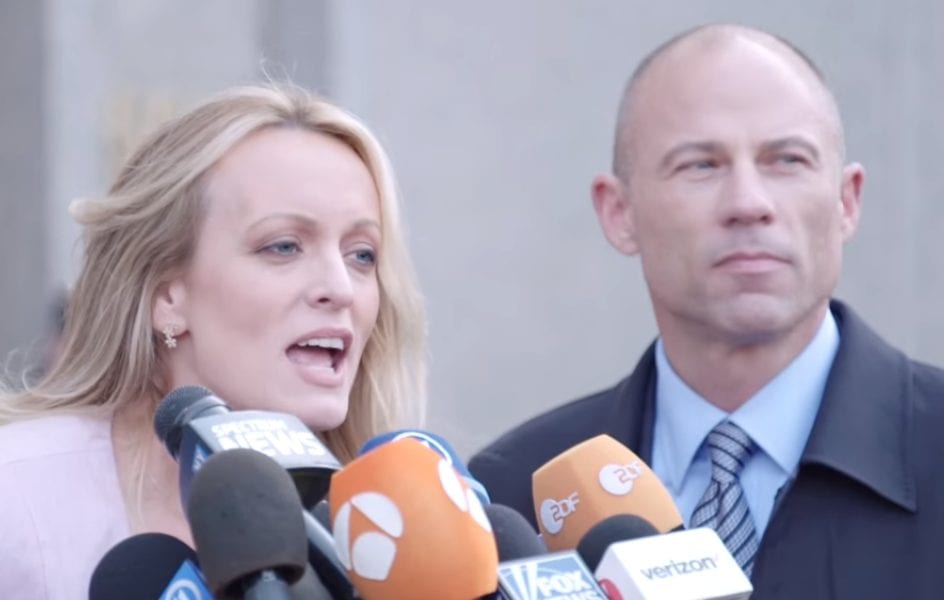 I see that that the presidential prospects of Michael Avenatti have suffered a setback. Actually they have suffered several setbacks, including his announcement Tuesday not to run. Critics of the aspiring Democratic candidate for 2020 were hopeful that his days as a candidate were numbered.

His problems began with his domestic violence arrest in Los Angeles on November 14. An actress by the name of Mareli Miniutti has been mentioned as the victim, though that name, Mareli Miniutti, might only be a stage name. Certainly Stormy Daniels is a stage name. Her real name is Stephanie Clifford — no relation to Clark Clifford, the utterly chaste Democratic luminary from a more sedate era. At any rate, Avenatti’s Los Angeles problems have even his fans among Democratic bigwigs worried. David Betras, the Democratic powerhouse from Youngstown, Ohio, has said: “Domestic abuse? That’s pretty bad for a run for president.”

It does bring to mind other failed runs for the White House by modern-day Democrats. Think of Gary Hart, and he never even abused his date — much the opposite. Or think of Teddy Kennedy at Chappaquiddick, where he certainly did abuse his date.

Yet there are Democrats who have survived, for instance, Bill Clinton. After Gennifer Flowers he survived handsomely and came to be called the Comeback Kid. What is more, after Monica Lewinsky he survived again despite impeachment. He might then have been called the Comeback Kid II, though for some reason no one thought of it. So I guess the presidential prospects of Avenatti are not hopeless. But without Stormy he is going to have a difficult time. She is questioning how he has been spending money raised in her name, and it does not sound like she will be seen in public again with Avenatti anytime soon. She says they have patched things up, but I see no sign of it. For money she may have to return to the silver screen.

What is more there are other prominent Democrats who are eyeing 2020 avidly, for instance Alexandria Ocasio-Cortez, the 28-year-old Democratic wunderkind. She has been elected to Congress from New York’s 14th District after she knocked off the incumbent congressman, Joe Crowley, in the June 26 primary. She beat him, 15,897 to 11,761, which sounds impressive, except for the fact that there are 214,570 active Democrats living in her district (and 21,175 inactive Democrats roosting there too). How that many New Yorkers could be on holiday and away from the District on primary day remains a mystery. She has compared her election to the Moon landing, but I would compare it to the Biblical miracle of the loaves and fishes. She has said a lot of other vacuous things that you might expect from a former bartender, and actually she is a former bartender. We might have met during her working hours.

She is a Democratic Socialist with a hankering for up-scale clothes and posh living, which suggests she is serious about a career in politics. Think of her mentor Senator Bernie Sanders with his three homes and his wife’s gaudy tastes, all at the end of a life spent in elective office. Or for that matter think of Hillary Clinton and her husband Bill who remains in hiding from the growing gangs of women with ill-concealed misandry notions. Today’s Democratic Socialists beat yesteryear’s Limousine Liberals hands down.

Alexandria has a lovely blank face to go along with a lovely blank mind. The statements she is depositing on the public record are beginning to trouble people, particularly Democrats. For instance, she has said: “when this country started, we were not a capitalist economy.” And “unemployment is low because everyone has two jobs.” Sometimes she veers toward the ominous. As when she said that the Israeli Defense Forces’ use of force on the Gaza border was “a massacre. I hope my peers have the moral courage to call it such.” Later she compared migrants on our southern border with Jewish victims fleeing the Holocaust.

High quality Democrats for 2020 are going to be hard to find. This is why there was a great deal of interest in Hillary’s appearance before empty seats in Toronto’s Scotiabank Arena this past weekend. It was an early stop in her transcontinental tour to stay in the headlines. She is going to fail. She is riding a death wagon. After nearly thirty years in the public eye she and Bill are going to die in the public eye. No other pair of politicians will have died in public so ignominiously… but then there has never been such a pair as the Clintons.