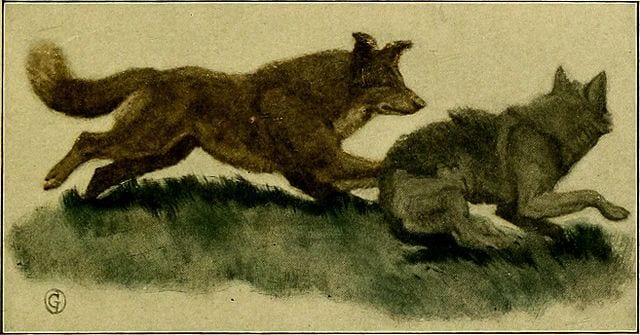 I just don’t get it. I don’t understand how this whole business with Brett Kavanaugh should have descended to such depths.

Here we have a man who was and is a top notch legal scholar. Unimpeachable judicial credentials. Yale Law School (where I also went). Not a blemish against him. Family man. Friends to all who need him. Religious man.

Perfect for the Supreme Court. And here’s this woman who comes out of the shadows and alleges a “sexual” attack on her when she was 15 and he was 17, both drinking under age at a party in the suburbs of D.C. The woman is now in her fifties. She didn’t report that “attack” for over thirty years. Then when she did report it, she could not recall where it supposedly happened. Could not recall how she got there. Could not recall how she got home. And her reporting of this incident goes to a U.S. Senator who sits on it until the 59th minute of the 11th hour of Judge Kavanaugh’s confirmation.

Not only that, but we’re supposed to believe that this allegation is somehow heroic. That the “victim” was terrified but made the allegations anyway. Just out of a sense of civic and womanly duty.

Sorry. It won’t wash clean. It’s all a political hit job. A way to block a GOP S. Ct. nomination in retaliation for the refusal of the Senate to confirm Mr. Obama’s pick, Merrick Garland, to the Court. It’s a character assassination of the lowest sort in the guise of patriotism. It is a set-up from Day One when Senator Feinstein made her first allegations. No credible evidence. No nothing, except the word of a woman who inexplicably kept silent about it for 36 years then burst out of her cell as Wonder Woman.

It’s shameful to toy with — no, to shred to pieces — the reputation of a good man as a political hit job. I don’t know what the FBI can find now. Even if they find a confession signed in blood by Judge Kavanaugh that he tried to feel Ms. Ford’s young body when she was 15 — and voluntarily drinking — what does that tell us about his value as a Justice of the Highest Court in the Land? Nothing. Just nothing.

The whole thing is a smear job so low it would make Joseph McCarthy embarrassed. I’m amazed that anyone could sink so low. “At long last, Senator Feinstein, have you…” no sense of shame? I guess not.

And poor Mrs. Ford. Her life is ruined now. Did Dianne Feinstein give any thought to that?

Again, where did all of this hatred come from? Mr. Trump is a divisive figure. But he’s not as low as the Senate Democrats. I haven’t seen him torture anyone to death yet. But this is what’s coming, “Trial by ordeal,” and if you lose it and drown, that’s your tough luck.

Is this the America our ancestors fought for at Tarawa Beach and Iwo Jima? Is this an America of laws or a Brave New America where men are separated from women and friendships of a lifetime are thrown away under the bus of Political Correctness? How did things get so bad? And is there any end of it?

A few days ago, I went to dinner with a middle-aged woman who has been a dear friend in the 12 steps for years. She wanted to know if there really was a book of “Jewish witchcraft” that kept Jews rich and powerful and fit. Was it called “Killabah”?

No, there’s no such thing, I said. “Look at me. Do I look rich and powerful and fit? That’s called Kaballah, by the way. But there is no Jewish witchcraft. If there were, the Jews would not have been mass murdered by the Nazis and their pals.”

The woman looked properly chastised and I thought, “There is no amount of nonsense too great to make its way around the world. No amount of lies that are dressed and out the door before truth can pull on its socks.”

The Kavanaugh case is just a recent example. It’s a belief in a phantom witchcraft. It may well kill the Constitution, which would be a disaster of the first water. We’re seeing it right before our eyes. The crucifixion of our founding document to satisfy the witch burners. The murder of the character of a good man and his family.

What inferno did all of this come from? Let’s have the FBI investigate Dianne Feinstein and her whole conspiracy network. Let’s have everyone investigate everyone. The Constitution is at stake here. Please, Democrats, call off the dogs.