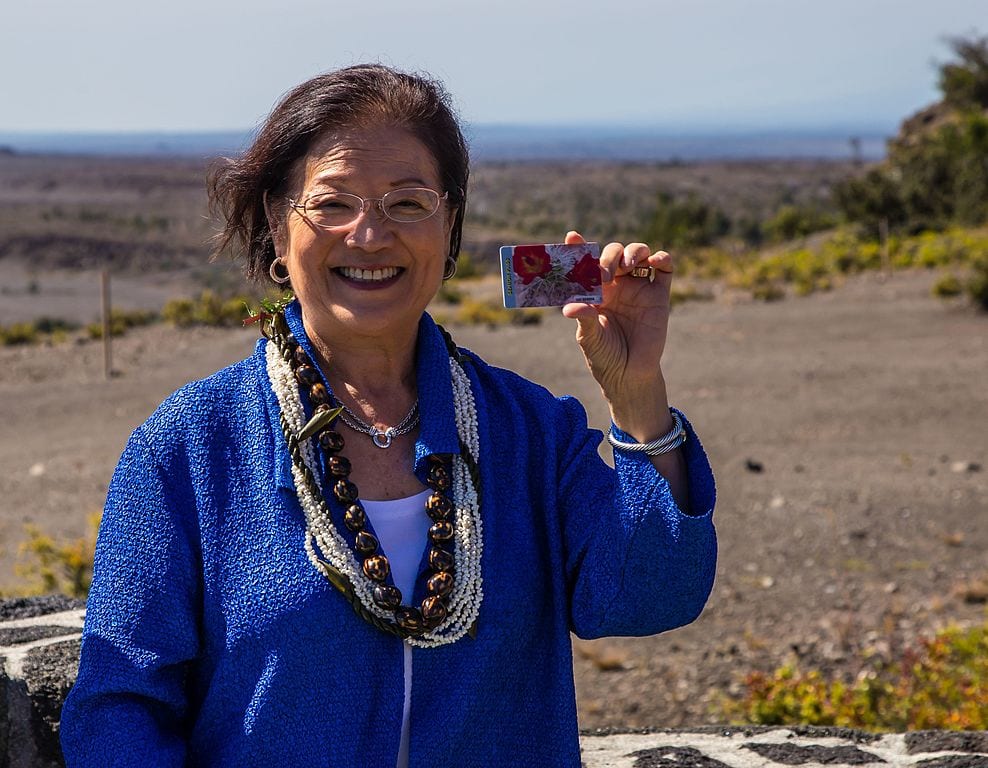 At the dawn of the information age, when dumb terminals began appearing on desks and the din of dot matrix printers deafened all and sundry, every enterprise of consequence employed a misanthrope charged with the care and feeding of these machines. Occasionally, this reclusive individual reluctantly submitted to questions about the output of the equipment. His response to such impertinent queries usually consisted of word salads heavily seasoned with jargon and topped off with a surly suggestion that it was just too complicated to explain to mere users. This is eerily similar to the way Democrats relate to the voters.

The latest example can be found in a conversation between Slate’s Dahlia Lithwick and Democrat Senator Mazie Hirono. The latter, you will recall, is the Senator from Hawaii who commanded men in general to “shut up” when many of us had the temerity to question the outrageous smear tactics that she and the other Democrats on the Senate Judiciary Committee deployed in their disastrous attempt to derail the Senate’s confirmation of now-Justice Brett Kavanaugh to the Supreme Court. Lithwick asked the Senator, “What is the thing the Democrats need to be saying about why the courts matter? Hirono responded to this as follows:

I wish I had the answer to that because one of the things that we, Democrats, have a really hard time is connecting to people’s hearts.… But we have a really hard time doing that and one of the reasons it was told to me at one of our retreats was that we Democrats know so much, that is true. And we have kind of have to tell everyone how smart we are and so we have a tendency to be very left brain.… That is not how people make decisions.

Before we get to the stunning hubris of that answer, consider the patronizing premise of the question. Lithwick assumes the electorate’s failure to rise up and demand that the Senate stop carrying out its constitutional function with regard to presidential appointments to the Supreme Court is due to its inability to “understand” why the courts matter. It has obviously never occurred to her that the voters actually have quite a firm grasp on the importance of the judiciary and that this is exactly why they want President Trump and a GOP-controlled Senate to determine which jurists will plant their posteriors on the federal bench.

As to Hirono’s claim that Democrats “know so much,” this is only true if she meant that the members of her party are like people in the witness protection system who know so much that they constitute a danger to themselves and anyone affected by their actions. It is true that Democrats are afflicted by an irresistible urge to tell everyone how smart they are, even while proposing something stupid. The poster child for this kind of Democrat is, of course, Alexandria Ocasio-Cortez. She can only be considered “left brain” in the sense that she left it somewhere and can’t seem to find it. Here’s her idea for funding Medicare for All:

$21 TRILLION of Pentagon financial transactions “could not be traced, documented, or explained … $21T in Pentagon accounting errors. Medicare for All costs ~$32T … That means 66% of Medicare for All could have been funded already by the Pentagon … And that’s before our premiums.

That tweet was so dumb that even the Washington Post called her on it: “The tweet is still up, probably causing confusion. So we will award Four Pinocchios to Ocasio-Cortez.” But that dubious distinction didn’t really capture the Ocasio-Cortez problem. Pinocchio’s besetting sin was lying, something the prevaricating puppet had in common with erstwhile President Obama when discussing the risibly titled “Affordable Care Act.” Ocasio-Cortez is just not very smart. And this is by no means unique among Democrats. Remember when Democrat congressman Hank Johnson fretted that Guam was in danger of capsizing?

And no discussion of “smart” Democrats is complete without some mention of former VP Joe Biden. His gaffes got so bad during the 2008 presidential campaign that candidate Obama asked his staff, “How many times is Biden going to say something stupid?” And his braying frequently combines brainlessness with offensive racist slurs. Take, for example, his famous racial stereotyping of his state’s convenience store employees: “In Delaware, the largest growth population is Indian-Americans, moving from India. You cannot go to a 7-Eleven or a Dunkin’ Donuts unless you have a slight Indian accent.”

Even more terrifying than the apparent vacuum between Biden’s ears is how little thought rank-and-file party members give to his catalogue of verbal pratfalls. In a recent Morning Consult poll, registered Democrats ranked him as their top preference for their 2020 presidential nomination. These people would give this guy access to our nuclear arsenal. Nor have Democrats Johnson and Ocasio-Cortez sustained any reduction in their support pursuant to their inert gray matter. Johnson has just been reelected for his seventh term in the House, and the above noted tweet by Ocasio-Cortez got 26,311 retweets and 72,432 Likes.

This is presumably what Senator Hirono is talking about when she said, in reference to left brain thinking, “That is not how people make decisions.” She told Lithwick, “We have to speak to their hearts, not in a manipulative way, not in a way that brings forth everybody’s fears and resentments, but truly to speak to the hearts.” She certainly spoke to my heart when she attempted to deny Bret Kavanaugh due process during his confirmation hearing — putting both him and his family through hell with no thought to the damage she was doing to our judicial system. And it definitely spoke to my heart when she also placed the blame on me:

Was that smart? It did permit her to raise a little extra campaign cash. On the other hand, her posturing, along with the antics of her accomplices, almost certainly killed the 2018 reelection bids of four Democrat senators who voted against Kavanaugh. And it helped enlarge the GOP majority in the Senate to 53-47. That means a lot of conservative judges will be confirmed during the next two years — and perhaps another Supreme Court justice. Finally, if her fellow brainiacs in the House impeach President Trump, she has helped to kill any chance that he’ll be convicted. Smart? Well, it’s just too complicated to explain to mere voters.