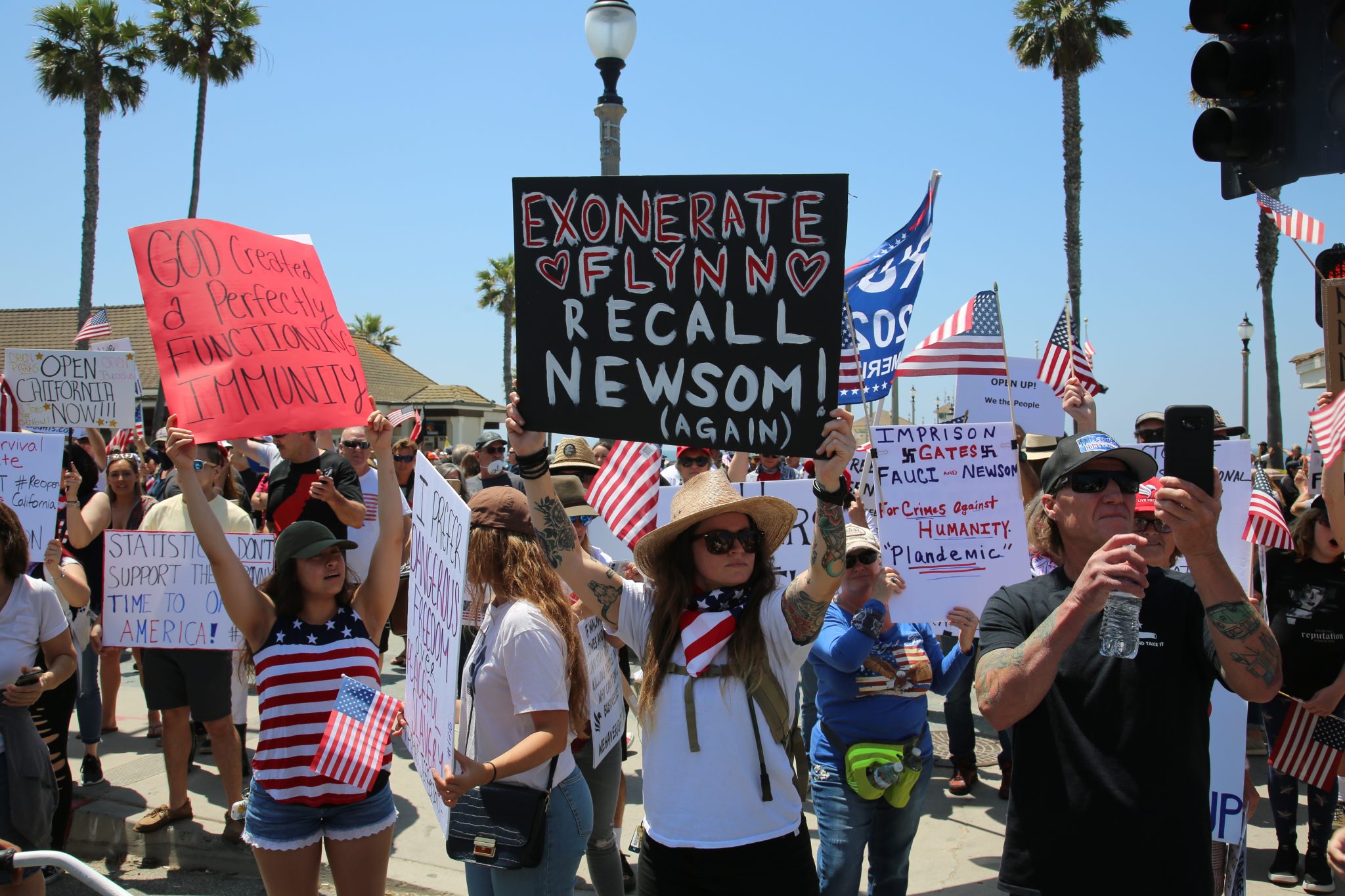 Last week, White House coronavirus response coordinator Deborah Birx announced that she would retire, citing fallout from her being caught violating her own advice on Thanksgiving gatherings during COVID-19. But was she the only pol to get caught up in the “do as I say, not as I do” COVID song and dance?

Heritage Foundation recently released a chart of 43 instances in which government officials violated their own COVID-19 restrictions, or at least the restrictions where they reside. Some of these include:

Sen. Dianne Feinstein (D-Calif.), who called for a national mask mandate, did not wear a mask in Congress in November, nor did she wear one in an airport in September. In November, despite promising to wear a mask in public in April, Sen. Chuck Schumer (D-N.Y.) lowered his mask in a large pro-Biden event. House Speaker Nancy Pelosi (D-Calif.), despite draconian dining restrictions in her state, favored (then canceled, under pressure) a dinner for new House members in the Rotunda in November. Speaker Pelosi had also got a haircut, while maskless, in August in San Francisco, despite mask and anti-salon mandates.

This month, after shutting down bars and calling on her fellow citizens to wear masks in public, Gov. Gina Raimondo (D-R.I.) attended a “paint and wine” event at a bar, maskless. Earlier this month, after issuing a mask mandate in his state, Gov. John Bel Edwards (D-La.) was seen maskless at a country club. In November, Gov. Kate Brown (D-Ore.) told her citizens to “uninvite” their relatives for Thanksgiving, but encouraged Black Lives Matter protests.

How can politicians expect their constituents to take these laws seriously when they themselves freely break them?

In the world of COVID hypocrisy, Gov. Andrew Cuomo (D-N.Y.) is at least a three-time offender. After telling his constituents to “stay away” from loved ones on Thanksgiving, he planned to see his own, but then walked that back after facing an uproar. In July, Gov. Cuomo made a nonessential visit to Georgia, and then did not quarantine upon his return, despite his constituents having to. While in Georgia, he hugged a city official while not wearing a mask, despite mandating that New Yorkers wear masks.

In November, Gov. J. B. Pritzker (D-Ill.) participated in a pro-Biden celebration despite announcing less than 24 hours before that he had been exposed to COVID-19 and would quarantine. That same month, Gov. Gavin Newsom (D-Calif.) attended a dinner party at the nationally renowned, shi-shi French Laundry maskless, indoors (despite saying he was outdoors), and next to two lobbyists (not socially distanced).

But wait, there’s more! In June, Gov. Phil Murphy (D-N.J.) supported large-scale protests, after saying for months that people should avoid large gatherings. In June, Gov. Tom Wolf (D-Pa.) apologized for being “inconsistent” when he was caught attending a Black Lives Matter protest after threatening businesses and local politicians alike for violating Pennsylvania’s lockdown. In June, Gov. Gretchen Whitmer (D-Mich.) attended a protest and did not socially distance despite preaching that others should do otherwise. In April, Gov. Michelle Lujan Grisham (D-N.M.) forced the closure of a jewelry store as a “nonessential” workplace, and then bought jewelry from it remotely. In May, Gov. Ralph Northam (D-Va.) mingled in crowds maskless despite calling for, and eventually imposing, a mask mandate.

Earlier this month, Austin Mayor Steve Adler (D) told his constituents to stay home … from a timeshare in Cabo. In November, San Jose Mayor Sam Liccardo (D) spent Thanksgiving at his parents’ house, after his office said he would be “staying home,” and after Liccardo admonished the public for “letting our guard (and masks) down with family and friends.” Denver Mayor Michael Hancock (D) told his constituents not to travel for Thanksgiving, and then traveled out of state for the holiday.

In November, Chicago Mayor Lori Lightfoot (D) defended her attendance at a pro-Biden event, and after that told people to stay at home. In April, she got a haircut despite such businesses being closed. In November, D.C. mayor Muriel Bowser (D) traveled to Delaware for a Biden election party, after she had discouraged interstate travel. In June, she attended a George Floyd protest and gave a speech maskless while large gatherings were prohibited in D.C. In November, San Francisco Mayor London Breed (D) attended the same above-mentioned shi-shi dinner as Gov. Newsom.

In April, Philadelphia Mayor Jim Kenney (D) dined indoors in Maryland while such dining was prohibited in Philadelphia. In June, Los Angeles Mayor Eric Garcetti (D) allowed and participated in large protests while telling people to stay at home. In May, Nashville Mayor John Cooper (D) encouraged protests against police brutality while extending the city’s lockdown. In May, Minneapolis Mayor Jacob Frey (D) handed out masks to rioters after calling church services a “public health disaster” and banning large public gatherings. In April, Beaumont, Texas, Mayor Becky Ames (R) went to a nail salon despite the governor closing those salons. In March, New York City Mayor Bill de Blasio (D) went to a gym after the city advised its citizens to not participate in nonessential activities.

Earlier this month, California lawmakers were spotted not social distancing while dining together, after social distancing at their swearing-in ceremony. The month before, California lawmakers flaunted their state’s stay-at-home restrictions by going to Hawaii to attend a conference. In November, Brooklyn politicians attended a party together with no social distancing and few masks. A Chicago alderman’s restaurant provided indoor dining, despite state and local laws prohibiting it. A Los Angeles county supervisor dined outdoors after mere hours following her vote to ban outdoor dining.

The above examples of politicians flaunting COVID restrictions seriously undermine the rule of law in our country today. How can politicians expect their constituents to take these laws seriously when they themselves freely break them? It is self-evident by their actions that these politicians do not believe in these restrictions. They are using COVID restrictions to gain more power at the expense of our civil liberties. By continuing to demand compliance while exempting themselves, these politicians have broken their social contracts with their constituents. Americans should respond by seeking to impeach or recall all of the above politicians. To that end, with almost 900,000 petitions collected, a vote to recall California Gov. Newsom is now possible. And we must wage peaceful protests to open up the country.