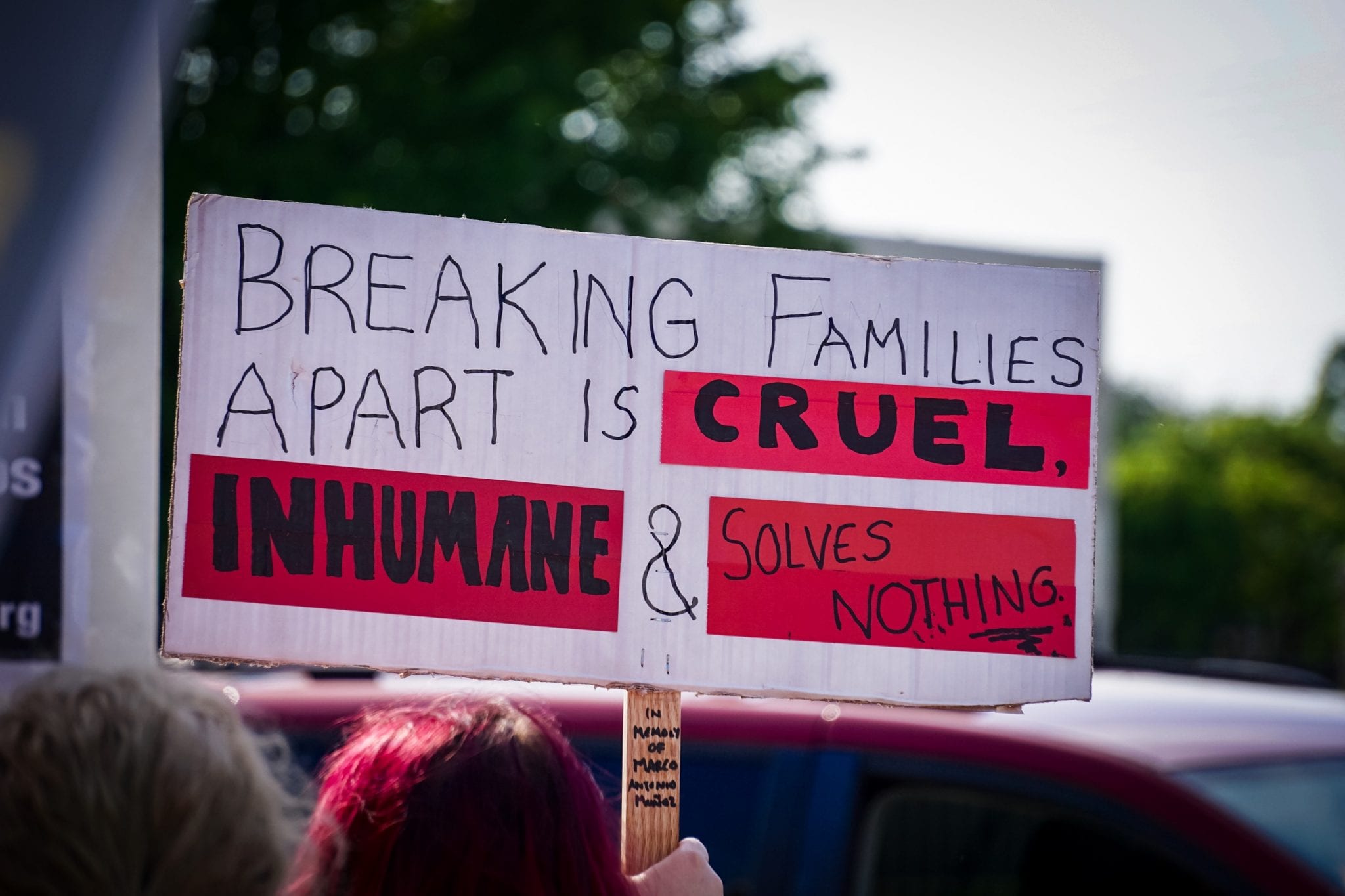 Last year, the Democrats portrayed President Trump as a monster for authorizing an immigration policy under which border authorities separated some children from the “families” with which they had illegally entered the country. Ignoring the inconvenient fact that many of the people from whose arms these kids were “so cruelly torn” weren’t parents or relatives, they compared the president to Adolf Hitler and accused him of state terrorism. The Trump administration now plans to close the legal loophole that required the separations and is all too predictably being denounced by the Democrats for that proposal. House Speaker Nancy Pelosi’s statement was typical:

The Administration is seeking to codify child abuse, plain and simple…. This inhumane and utterly unconscionable rule circumvents the conditions set in the Flores settlement, and we expect the District Court to swiftly strike it down.  Democrats continue to call on this Administration to end its assault on families and children, and to join us to protect families and preserve America’s heritage as a beacon of hope, freedom and opportunity for all.

As it happens, the “inhumane” change proposed by the Trump administration would keep families together by preventing the separation of children from families awaiting immigration hearings. The Flores settlement that Pelosi and the Democrats want so desperately to keep in place incentivizes illegal aliens to game our immigration system by bringing children to the border. Far from protecting children, it exposes them to all manner of exploitation and criminal maltreatment, including kidnapping and sexual abuse. It is also the engine that drives the notoriously ineffective “catch and release” policy that has rendered it all but impossible to enforce our immigration laws.

Like so many of the statutes and federal regulations that prevent the efficient operation of federal departments, the Flores settlement is part of the Clinton legacy, and its many flaws were exacerbated by a meddling federal judge during the Obama era. In 1997, the government settled a long-standing piece of litigation that said children who had entered the country illegally would be detained in the least restrictive setting possible for the shortest period of time in order to be placed with a family member or some other qualified care provider. Then, in 2015, an Obama-appointed federal district court judge interpreted “shortest period of time” to mean “no longer than three weeks.”

Because the adults with whom these children arrived were frequently detained due to eligibility issues and were unlikely to get an immigration hearing within three weeks, the DHS was faced with the choice of separating the children from their “parents” and releasing the entire “family unit” into the general U.S. population. The Obama administration chose the latter course and went with “catch and release.” It goes without saying that very few of the erstwhile detainees ever materialized for their hearings. The Trump administration’s alternative policy was subsequently demagogued by the Democrats, so DHS has proposed the new rule, the highlights of which are summarized below:

First and foremost, the new rule permanently establishes standards of care in custody for children and families. These standards are high. In doing so, the rule fulfills one of the central, original purposes of the 1997 Flores court settlement to ensure appropriate care for all children.…

Second, the new rule closes the legal loophole that arose from the reinterpretation of Flores — which Congress has refused to do — allowing the federal government to house alien families together in appropriate facilities during fair and expeditious proceedings, as was done by the previous administration in 2014 and 2015.…

Third — by closing the key loophole in Flores — the new rule will restore integrity to our immigration system and eliminate the major pull factor fueling the current crisis.…

And fourth, the new rule will protect children by reducing incentives for adults, including human smugglers, to take advantage of minors in the dangerous journey to our border, using them to exploit the system and be released into the United States.

It’s strange that the Democrats object to the establishment of uniform standards of care for children, allowing families to stay together while being processed through the immigration system, restoring some sanity to that process, and protecting children from exploitation by human smugglers. And yet they do. Last year they denounced Trump for separating families. Now they’re fulminating because he wants to keep them together. The chairman of the Congressional Hispanic Caucus, Rep. Joaquin Castro (D-Texas), said the following in a statement: “Flores is not a loophole — it’s an agreement with two decades of precedent written to protect toddlers, children, and teenagers.”

It’s difficult to escape the impression that the Democrats are less interested in the welfare of the families and children than in perpetuating the failed “catch and release” policy that has permitted countless illegal immigrants to disappear into the general population and make their way to sanctuary cities. The Democrats seem less interested in fixing the immigration system than in keeping up the flow of new constituents who depend on them for government benefits like free health care. The Democrats are evidently willing to accept child abuse and human trafficking in exchange for illegal votes from non-citizens. This is worse than hypocritical. It is, as they would put it, cruel.