by David Catron
From a May 2 protest against Minnesota Gov. Tim Walz (Justin Berken/Shutterstock.com) 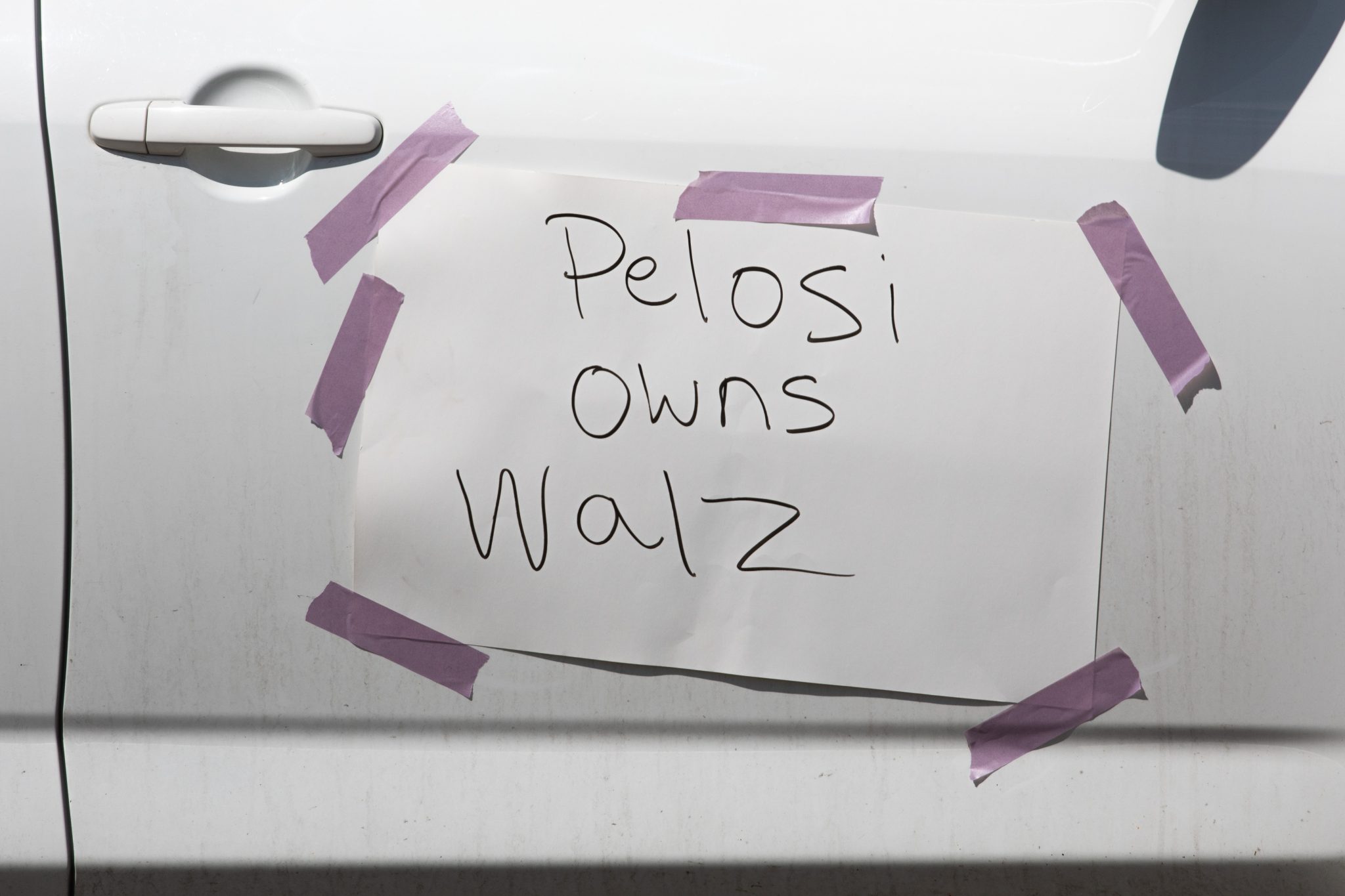 Abraham Lincoln is frequently credited with the following aphorism: “Nearly all men can stand adversity, but if you want to test a man’s character, give him power.” These words may well have been misattributed to the Great Emancipator, but their wisdom is difficult to dispute. Indeed, during the past two months, the nation’s Democratic governors have clearly demonstrated that the temporary possession of emergency powers can unmask the hidden tyrant in even the most unremarkable politician. Virtually all have overreached their legitimate mandates, and few show any inclination to relinquish their newfound authority. This has not only produced widespread protests but has also led to dozens of constitutional lawsuits.

These governors behave as if they recognize no legal boundaries. Consequently, the voters have sought to correct them. New Jersey Gov. Phil Murphy (D), for example, is the defendant in at least two federal lawsuits, including a challenge to his prohibition of religious services in the Garden State. Rabbi Yisrael A. Knopfler of Lakewood has joined Rev. Kevin Robinson in a lawsuit that points out the obvious fact that “churches and synagogues can easily accommodate the kind of social distancing that keeps some commercial businesses open.” Murphy doesn’t care. Indeed, he refuses to provide the voters with a target date for lifting his “indefinite” lockdown. As he snarled during a recent public briefing:

This high-handed attitude is not limited to Gov. Murphy, of course. Nor is he alone in being sued pursuant to interference with religious services. A federal lawsuit was filed against Gov. Andrew Cuomo (D) by Brooklyn lawyer Lee Nigen, who vehemently objects to Cuomo’s threat to use law enforcement personnel to coerce compliance with his ban on large gatherings — including religious congregations. As Nigen’s attorney told the New York Post, “Clearly, there is a grave public health emergency.… But lawful process matters and emergency orders of this sort, if left unchallenged, will evolve into precedents with horrifying consequences.”

The lockdown order issued by Gov. Walz isn’t limited to violations of the First and Fourteenth Amendment rights of the plaintiffs — it’s utterly incoherent.

Nor are such infringements limited to lockdowns in the Northeast. Further down the coast, in Virginia, one such incident was so egregious that the Department of Justice (DOJ) has filed papers in the Fourth U.S. Circuit Court of Appeals in support of Pastor Kevin Wilson of the Lighthouse Fellowship Church on Chincoteague Island. Pastor Wilson was served a summons for holding a Palm Sunday service on April 5 and has been threatened with jail and a $2,500 fine. He subsequently filed a federal lawsuit against Gov. Ralph Northam (D). The DOJ’s submission noted, “There is no pandemic exception to the Constitution and its Bill of Rights.” This point was evidently overlooked by Minnesota Gov. Tim Walz (D), who has been sued by a coalition of religious and secular organizations:

Worshipers across Minnesota have been prohibited from assembling to celebrate Easter and the Passover, while liquor stores have remained open. Target, Walmart, Walgreens, and CVS are open, while local Hallmark stores are closed. Golf courses and bait shops are open, but indoor amusement facilities are shut. Nobody can legally get a haircut, but dogs may now be groomed. Businesses in Minnesota have been forced to carry rent obligations … without income.

As the above excerpt from the lawsuit renders obvious, the lockdown order issued by Gov. Walz isn’t limited to violations of the First and Fourteenth Amendment rights of the plaintiffs — it’s utterly incoherent. What were these people on when they made the decision to forbid haircuts yet permit pet grooming? Perhaps it was the same substance that inspired California Gov. Gavin Newsom (D) to suddenly order Orange County beaches closed on May 2, despite a very low COVID-19 fatality rate. As the Mayor of Newport Beach, Orange County, wrote, “Gov. Newsom decided to substitute his will for our judgment.” Similarly capricious nonsense is why Newsom is the defendant in several federal and state lawsuits.

All of these defendants have four things in common: They are Democratic governors, they have used the COVID-19 pandemic as a pretext to arrogate illegitimate authority, none will voluntarily relinquish their newfound power, and all have committed multiple violations of the Constitution. By the standards of the above-quoted aphorism, all have been found sorely wanting in the kind of character intrinsic to genuine leaders. All deserve the utter contempt of the voters who elected them to office.