by Paul Kengor
Flags at half staff in Brookfield, Wisconsin, May 23, 2020 (Aaron of L.A. Photography/Shutterstock.com) 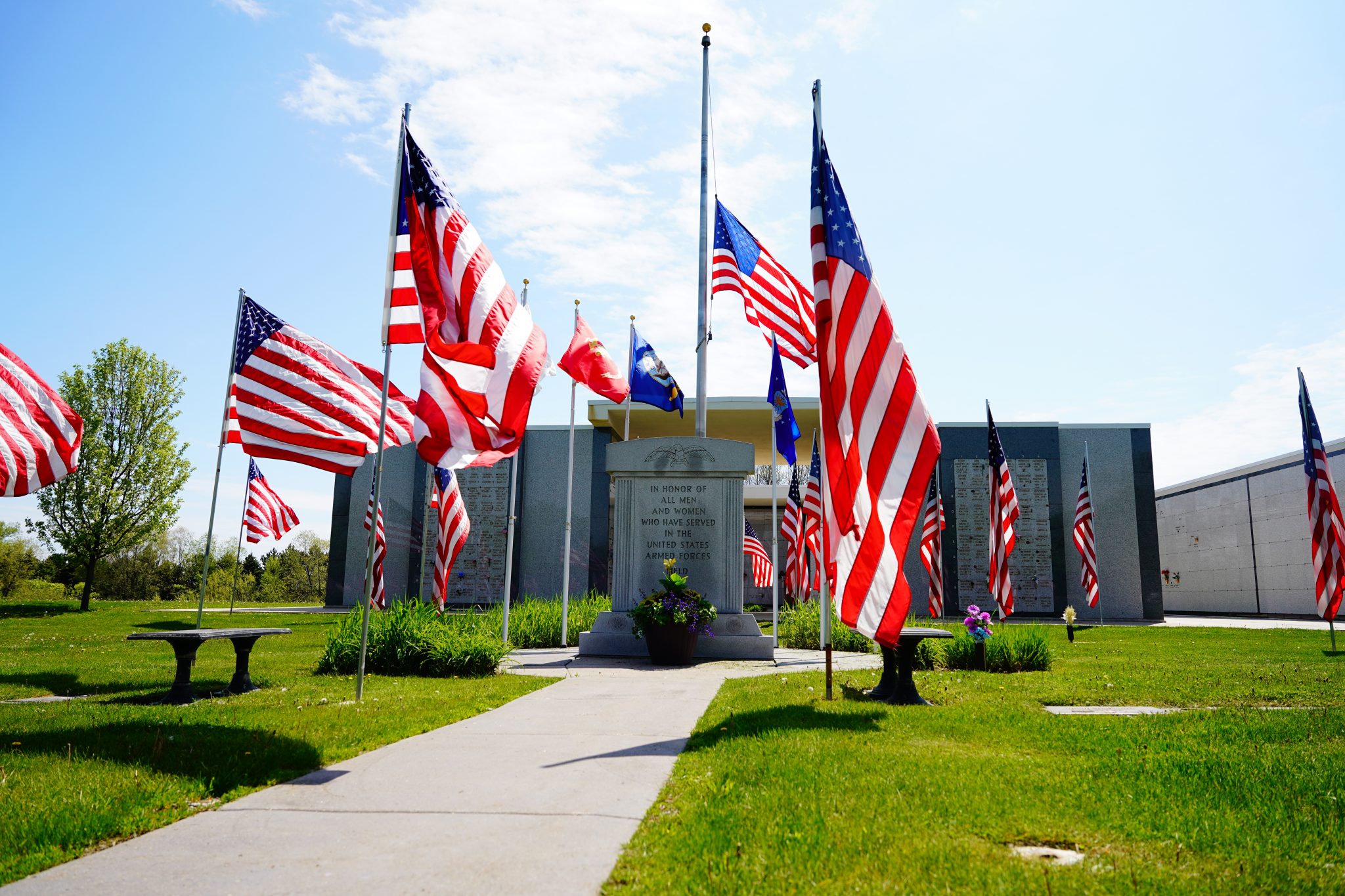 The streets were empty. No one marched. The bands didn’t play. There was no music; there were no 21-gun salutes. Where were the old-timers hobbling along in their military uniforms? The flags flew at the courthouse, but the sidewalks weren’t filled with jubilant spectators shaking little flags and cheering their heroes. Where were the cars with veterans from World War II, Korea, Vietnam? Where were the younger soldiers in desert camouflage from recent battles in Iraq and Afghanistan?

Every year I attend the annual Memorial Day parade in Mercer, Pennsylvania. It’s pure Americana: rotary club, the Elk’s, the Moose Lodge, the Knights of Columbus, the VFW, high-school bands, snow-cone stands, church groups, multiple veterans of wars, flags everywhere. I’ve been attending since I moved to this area over 20 years ago. And yet, not this year. It didn’t happen. For the Mercer Parade 2020, the year of the COVID-19 pandemic, the streets were eerily vacant. The parade was cancelled. And not just in little Mercer, Pennsylvania, but in many small towns nationwide.

For the Mercer Parade 2020, the year of the COVID-19 pandemic, the streets were eerily vacant. And not just in little Mercer, Pennsylvania, but in many small towns nationwide.

Take Massachusetts, which has one of the highest per-capita COVID-19 infection rates: Memorial Day in Massachusetts this year was unprecedented and unrecognizable. In fact, at best, it was virtual — truly a virtual reality. “The state, as well as most cities and towns, will recognize Memorial Day this year in a virtual format to maintain social distancing amid the coronavirus pandemic,” reported the Salem News, “but still allow for the public to honor members of the military who made the ultimate sacrifice.” A series of events kicked off with “virtual observances” on Friday at the Soldiers’ Homes in Chelsea and Holyoke, followed by a coordinated statewide lighting of public buildings, bridges, and parks on Sunday night, and wrapping up with a “Memorial Day program” that would “air” on Monday.

As for that Memorial Day program, it wasn’t much to celebrate. In towns like Ipswich and Wenham, much like the rest of the state, the best they could muster was to “illuminate in gold” (whatever that might look like) various town halls and public buildings — gold to invoke solidarity with Gold Star families throughout Massachusetts. In Danvers, they were a bit more innovative. A rolling caravan of cars took to the streets — i.e., the abandoned parade route — starting at 9:00 a.m. on Monday. This was followed by a “virtual ceremony broadcast,” carried on the town’s local community-access cable station at 10 a.m., later posted at YouTube, Facebook, and so on. Call it a Twitterization of Memorial Day. They also broadcast a “special talk of Danvers Memories” by the town archivist.

The caravan-of-cars concept seems to have been emulated elsewhere. A friend of mine was involved with planning the annual Memorial Day parade in Linglestown, Pennsylvania, just outside of Harrisburg. The American Legion settled for a “socially distanced memorial service” in the town square, following which legion members and World War II vets hopped in vehicles and travelled the parade route to a few neighborhoods. My friend regrettably informed me last week that the much-anticipated 100th anniversary of the parade was in jeopardy — a parade that started in 1920 with not only marching World War I vets but also Civil War survivors. The head of the local American Legion wasn’t about to surrender a white flag for the centenary. “He wanted to know not if we could do the parade,” said my friend, “but how we could do the parade.”

But for the vast majority of communities, even the how was out of the question. Many simply tossed in the flag. In states where public gatherings of even a few dozen people have been banned since mid-March, the local Memorial Day parade was dead for 2020. It didn’t happen. It was, at best, virtual.

How lame. What a shame. It’s especially a loss because we’re losing so many World War II veterans. We lose more and more every year, but the decline is notably acute right now due to the nasty coronavirus decimating nursing homes. A tragically disproportionate number of COVID-19 fatalities have been people in their 90s, quite a few of them men who served in World War II.

The World War II aspect of this particularly hurts. I’ve written a number of times at The American Spectator about the vanishing World War II veteran. For a Veterans Day piece last fall, I recalled recently picking up two of my daughters from church after youth group. “Dad, we had an amazing experience,” said my oldest daughter. “We went to a nursing home. We met two people who were almost 100 years old. They remembered World War II!”

It was a nice experience for them. Of course, any of us over the age of 30 or so have met countless people who not only remembered World War II but served in World War II. I told my daughters about an old-timer who lived on our street, whose house we drove by countless times. His name was Russ Post. One Saturday afternoon my oldest son and I dropped in on old Russ. He took us on an unforgettable roller-coaster ride from his youth in Western Pennsylvania to the Pacific theater in World War II. Most searing were the mass Japanese suicides he witnessed at Saipan in the summer of 1944. “I couldn’t believe my eyes,” Russ told my teenage boy. “Horrible. People were jumping off the cliffs, women holding their children. I don’t care how damned tough you are, that makes your head scream.… That’s about as close to hell you can get.”

So many of our World War II veterans lived through things like that. They lived to tell. And they’re not living much longer. That includes Russ, who passed away last April at age 94, just before Memorial Day. Ironically, he died at the nursing home my daughters just visited. I wish they had met him.

The time for kids today to encounter guys like Russ is fading fast. There will not be many more Memorial Days with World War II veterans. And yet, from town to town, these memorials didn’t happen on May 25, 2020.

“We will still be putting the flags up for the Memorial Day weekend,” said the organizers for the Mercer Memorial Day Parade for 2020, grasping for a bit of consolation for the cancelled event. Ironically, they offered this instead: “As time comes closer, if we are able to hold a cemetery service, we will do so!”

It was an ironic statement, given that Memorial Day 2020 was dead. It was basically that: a cemetery service. But alas, it isn’t buried forever. Memorial Day will rise again, a testimony to those veterans who never gave up.