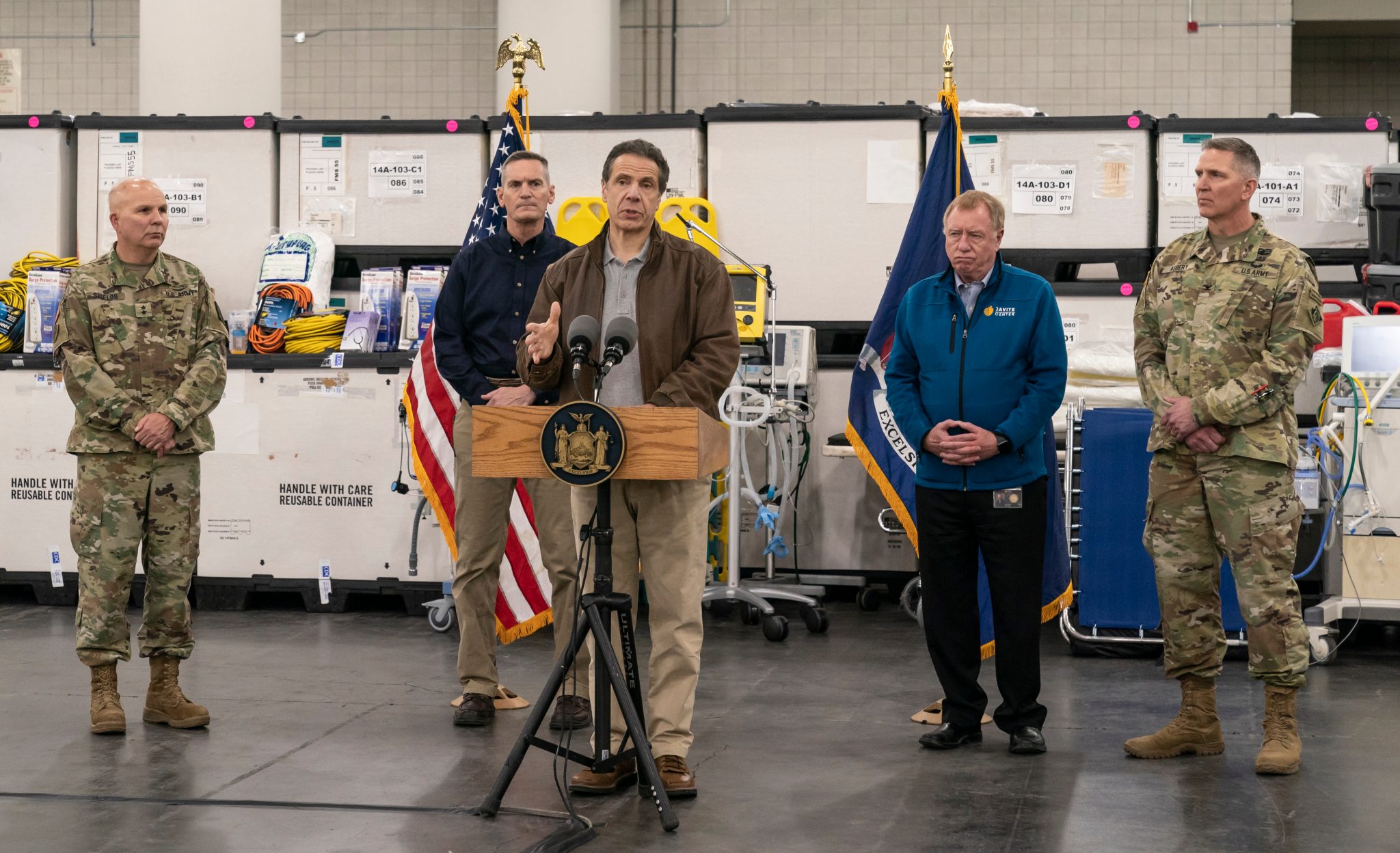 At the same time Gov. Andrew Cuomo was using his daily press briefings to berate President Trump for his inability to provide New York with 36,000 ventilators that his state never needed, along with demanding that the federal government supply his state with sufficient personal protective equipment, he was ignoring the pleas from administrators at his own state’s nursing homes for help in stemming the tide of deaths in their facilities.

Fifty-eight percent of all COVID-19 deaths in the state of New York have occurred in nursing homes in New York City. Gov. Cuomo is complicit in these deaths by making the fateful decision to force nursing homes to take in patients infected with the deadly virus. Yet the governor continues to refuse to take responsibility for that decision. In fact, Gov. Cuomo recently implied that it was greedy health-care facility owners that were to blame for the deaths. As the New York Post editorial board wrote, “Gov. Andrew Cuomo has taken to answering questions on the subject with insults. ‘Ohh, money,’ the gov snarked Monday, suggesting a nonprofit nursing home didn’t relocate its infected residents to hospitals because it would then ‘no longer be getting paid.’ ”

Refusing to take responsibility for the deadly policy that forced nursing homes to accept infected residents — proclaimed on March 25 by Cuomo’s Department of Health Chief Howard Zucker — Cuomo refused to respond to the pleas of nursing home administrators when they asked that residents be transferred to the field hospital at the Javits Center or the nearly empty USNS Comfort floating hospital nearby. According to press reports published in the New York Post, one of those administrators, Donny Tuchman, CEO of Cobble Hill Health Center in Brooklyn, emailed four state officials to report that his facility had over 50 symptomatic patients and to ask for help in getting personal protective equipment for his staff. The response from the state was a form letter offering advice on how to conserve personal protective equipment. Tuchman attempted yet again the following day, asking if he could send the home’s suspected coronavirus cases to the Javits Center or the Comfort. He was denied.

Refusing to take any responsibility for the climbing death toll in New York’s nursing homes, Gov. Cuomo responded to a question during his April 20 press briefing saying he “did not know” about the (see this video, 33:12) policy that required nursing home patients who had been diagnosed with COVID-19 to be readmitted to nursing homes. At that point, the governor turned to Zucker, who acknowledged the policy of readmitting COVID-infected patients back to the nursing home population.

Gov. Cuomo expected the federal government to supply his state with ventilators and personal protective equipment, but the governor has said on several occasions that “it’s not our job” to provide his own state’s nursing homes with personal protective equipment when they need it. In fact, the governor has actually threatened the licenses of nursing homes in the state, saying that “they have to do the job they’re getting paid to do, and if they’re not doing the job they’re getting paid to do, and they’re violating state regulations, then that’s a different issue — then they should lose their license.”

In the early days of the crisis, Gov. Cuomo appeared calm, competent, and caring during his press briefings. In March, the governor announced “Matilda’s Law” — named for his mother — and intended to protect New York’s most vulnerable populations, including individuals age 70 and older. But by early April, as the death toll mounted in the state’s nursing homes, Matilda’s Law seemed to have been forgotten. In his April 20 press briefing, Cuomo used a house-painting analogy to explain the state’s relationship to the federal government. When you are painting a house, he said, you need a roller and a brush — the federal government is the roller, and he (as the leader of the State of New York) is the brush that “gets into the corners” and does the rest of the work once the roller has finished. Seems like a strange analogy, but it helps us understand that Gov. Cuomo is telling us that it is someone else’s responsibility to do the heavy lifting in protecting the residents of his own state.