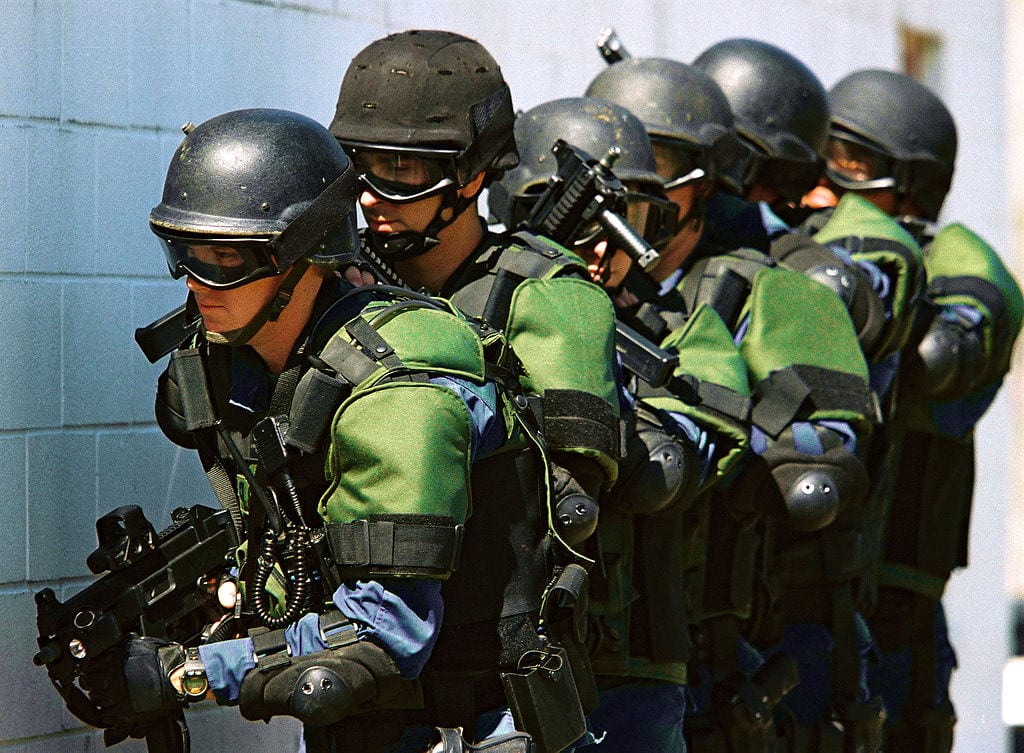 Here’s a cute little item from the New York Times this past weekend: “Is Your Script Gender-Balanced? Try This Test.”

“Gender-balanced” — meaning representative of male and female presence and importance in whatever screenplay you are concocting; because you don’t want gender imbalance to stain your great idea, do you? It happens. Times writer Melena Ryzik notes that, by contrast with men, women “appear less often, say fewer words and generally don’t do as much in front of the camera.” As corroborated by “numerous studies.”

What to do, what to do? A Hollywood screenwriter, Christina Hodson, and a script software maker, have come up with a “gender analysis tool” available for free download at Apple app stores

Downloaded, the software will tell the screenwriter how many male and female parts are in the script and how much dialogue is assigned each one. Duly informed, screenwriters can then, as Ms. Hodson puts it, “self-police and look at unconscious bias in their own work.”

We have to get the police in there somewhere, don’t we? Cultural balance is in the nature of a moral edict seemingly unloaded on society from on high. Art and plain old entertainment have come to matter less in many eyes than the redressing of grievances that numerous folk didn’t know were grievances. Ah — but then there was the “Oscars So White” phenomenon a couple of Academy Awards seasons back. If too few actors and actresses of color were up for awards, this plainly (to some) spoke of cultural bias requiring formal redress.

Now it’s male bias as obstruction to equality. Self-policing and self-correction via app could be the solution.

“Mercy me, I hadn’t meant to neglect my cultural duty! I think adding Julia to the court circle, and x-ing out Horatio (besides condensing that old gaffer Polonius’ ramblings), brings better balance to my intentions! Besides, with Horatio out of the way, I can gift Carol — another character I made up — with the great send-off: ‘Good night, sweet princess…’”

Art used to be such a pain, darling! You never knew when you were advancing or retarding the cause of equality. It wasn’t just a matter of numbers, it was a matter of weight. The weighty dialogue, you know — the good lines. Now we can probably start to line these up, side by side. Who gets the laughs — Spencer Tracy or Katharine Hepburn? Yeah, and who gets the really big laughs — the ones that end up in the movie quote books? All this we may be able to straighten out, now that Christian Hodson has opened the door (not waiting meekly for some male to open it and follow her through).

Challenges remain, the Times story acknowledges. “Ms. Hodson and the software makers say they expect their tools will be expanded to address other issues of representation, like race and ethnicity, although that is more complicated, because those details are not always mentioned in scripts.”

It’s the desire, naturally, that counts: the desire to manipulate inspiration and the creative function to make sure a good political brain-washing is always in prospect at the movie house, courtesy of the creative class and its heightened social perceptions. Which class knows just what loves you ought to bear and what enemies you should be kicking around.

Nothing like death by cultural lobotomy, I always say — the rigging of artistry (some of it genuine) to fit the needs and vision of the master class.

No wonder Donald Trump got himself elected president: a point that appears, actually, in another weekend New York Times piece — “Liberals, You’re Not As Smart as You Think,” by a University of Virginia professor, Gerard Alexander. Writing with the Times’ patronage — oddly and gratifyingly enough, Prof. Alexander smacks liberals “who use their position in American culture to lecture, judge and disdain,” thereby pushing “more people into an opposing coalition that liberals are increasingly prone to think of as deplorable.”