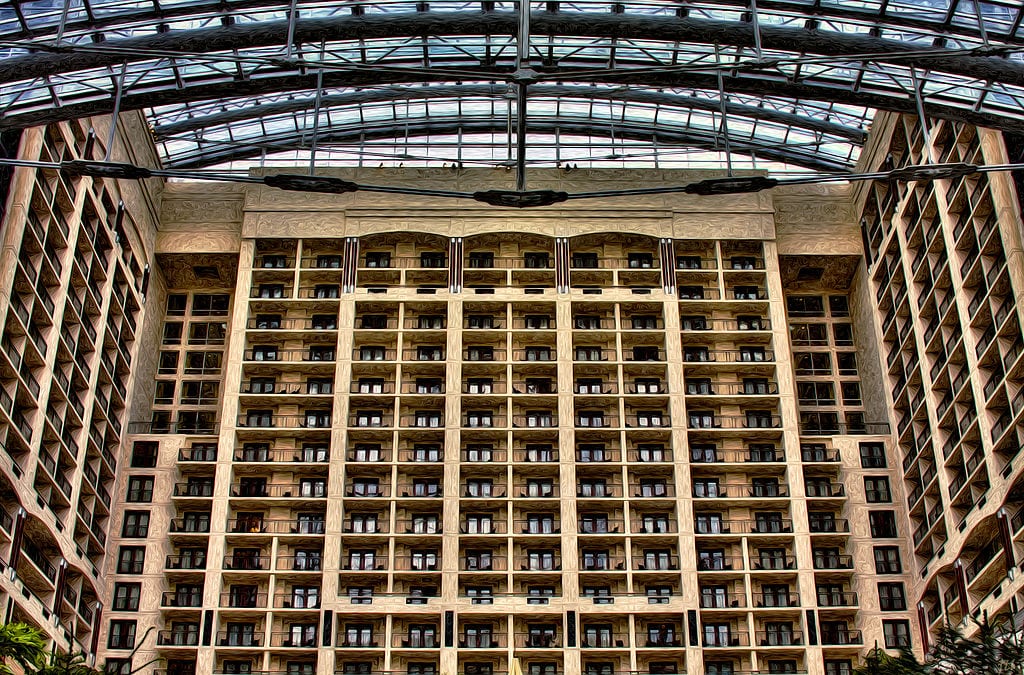 Jacob Wohl is a 21-year-old Trump supporter from California who laughs at how much he’s hated by liberals: “Of course they hate me. I’m destroying everything they love.” Wohl is a political prodigy. Having started his first business while still in high school, he was investigated by the Securities and Exchange Commission when he was only 18 years old, an investigation he believes was a “Deep State” reprisal for his outspoken support of Trump during the 2016 campaign.

When we met in the lobby bar of the Gaylord Hotel on the first day of the 46th annual Conservative Political Action Conference (CPAC), I had no idea how notorious Wohl is. Just the previous day, he’d been banned from Twitter, where he had more than 180,000 followers, after bragging to USA Today about his plans to use fake accounts to play havoc in the 2020 presidential campaign. Basically, Wohl intends to use social media to influence Democrat primary voters into supporting fringe candidates with no chance of beating President Trump. Such mischief-making by private citizens is not illegal. Liberals have spent the past two years fuming over conspiracy theories about “Russian collusion” in the 2016 campaign, but there’s no law against Americans trying to influence election outcomes, or else everybody at CNN might be in federal prison.

Getting banned from social-media platforms is an increasingly common fate for conservatives, as sites like Twitter, Facebook, and YouTube seem to have become part of what the late Andrew Breitbart called “the Democrat-Media Complex.” PayPal is now teaming up with the SPLC to enforce what Allum Bokhari calls the “financial blacklisting” of conservatives, and every day brings new headlines of further efforts to suppress online opposition to the Left’s agenda. Among the speakers at CPAC is Harmeet Dhillon, a lawyer who is currently representing James Damore in his lawsuit against Google, and who also represents Canadian feminist Meghan Murphy, who is suing Twitter after being banned for “misgendering” a notorious transgender activist, Jonathan “Jessica” Yaniv. Dhillon will share the CPAC stage Friday with James O’Keefe, whose Project Veritas has recently exposed political bias at Facebook.

Meanwhile, young Trump supporters are quite literally being punched in the face on university campuses, violence the mainstream media ignore. Hundreds of college students are attending CPAC to learn effective ways to oppose these intimidation tactics. In fact, the guy who got punched in the face at Berkeley last week, Hayden Williams of the Leadership Institute, will be speaking on an anti-censorship panel here Friday, and all week, students can attend a CPAC “Activism Boot Camp” running parallel to the main-ballroom events.

Of course, it’s not all college kids and online activism at CPAC. Much of the most valuable work that happens here is networking between people whose business is winning elections. In the lobby bar Wednesday, I spent a while chatting to some Republican consultants who worked on Trump’s 2016 campaign. What did they think about former Trump lawyer Michael Cohen’s testimony to Congress? “Ah, there’s nothing new there,” one of them said. “Some of that stuff about Trump and the emails sounds bad, but it’s really nothing we didn’t already know.”

There are celebrities at CPAC, and people who aren’t famous but who have important stories to tell. Wednesday afternoon, I bumped into Rick Harrison, famous for the History Channel series Pawn Stars, a Trump supporter who will speak from the Potomac Ballroom mainstage Thursday and also participate in a breakout session on “The Future of the American Family.” Harrison was talking to Steve Ronnebeck, whose son Grant was a convenience store clerk murdered over a pack of cigarettes in 2015 by Apolinar Altamirano, a criminal who was facing deportation but had been released from federal custody. Strangely, despite President Trump’s attention to the issue of border security, the only immigration-related event on the CPAC schedule is a Friday morning “conversation” between Texas Sen. Ted Cruz and National Review editor Rich Lowry.

It goes without saying that you should believe nothing the liberal media tell you about CPAC. Year after year, establishment journalists cover this conference to report on “controversies,” depicting the speakers and attendees as “angry,” et cetera. Thousands of conservatives are here having a grand time, but that’s not a story you’ll see reported on MSNBC or in the New York Times. They won’t tell you about the kind of scene I witnessed in Exhibit Hall D Wednesday evening. About 125 college kids were huddled together while the leaders of Turning Point USA gave them a sort of pep talk. “You guys are the future of conservative activism,” Tyler Bowyer told them. “You are the ones who are going to save the country.… Bring the fire. Be great. Be good.”