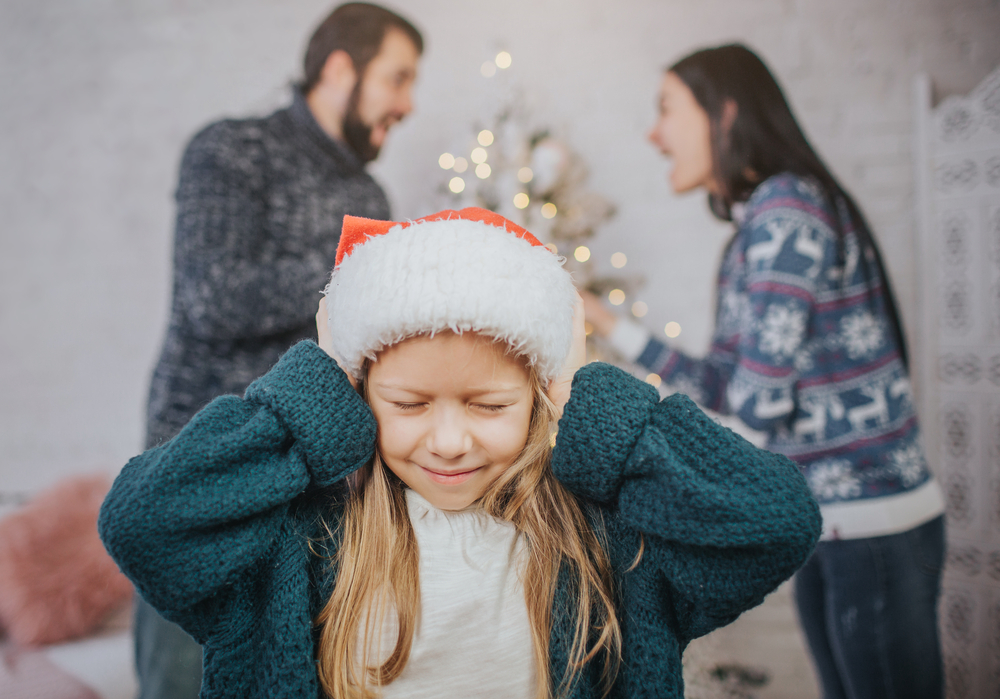 Don’t even think of mentioning Ukraine. Not Ukraine, not Russia, not anything like that. If you want your family to pray for peace in Ukraine, I suggest you say something like: “Let’s say a prayer for those places in the world that don’t live in peace.” I know it sounds a bit like a CNN anchor condemning the Black Lives Matter riots, but what can you do? The important thing is to celebrate Christmas in peace and goodwill. I guess.

Of course, don’t for an instant think of mentioning Jan. 6. That will automatically cause anyone in the room who is not 100 percent pro-Trump to start yelling, “Fascism, fascism.” I have a friend who started screaming, “Fascism, fascism,” on Christmas Eve last year, went into an infinite loop, and today lives in an asylum for parrots, involuntarily uttering the same words and rolling his eyes. Don’t risk it. It is better that, if you need to refer to the sixth, for anything strictly allusive to the calendar, you say, “That day that goes before the seventh and after the fifth.” Don’t panic if there is some schoolboy victim of the new progressive education who replies, “The fourth!” You know how things are in the classroom.

There are people who until yesterday were normal and reasonable, and now they are capable of starting a world war at a Christmas Eve dinner because you have put a plastic tray on the table.

If you have liberals at the table and don’t want to use inclusive language, my advice is to do it all by sign. Beware of signs that can be mistaken as obscene gestures, because now most of the insults and offences of the past are immediately translated as homophobia, for sexual reasons that escape me. Neither do I know what exactly homophobia is; if it means phobia of men, I have a lot of it, the exact opposite of what I experience toward women.

There are now some types of activism that can sometimes be ideologically transversal. There are people who until yesterday were normal and reasonable, and now they are capable of starting a world war at a Christmas Eve dinner because you have put a plastic tray on the table. So, before you put anything on the table, check that it is not plastic, that the material is recyclable or reusable, and that it has no animal hair on it. An aunt of mine almost got thrown down the stairwell last Christmas because she wore a stole apparently made of fox or rabbit fur, or turtle fur, or some animal that appears in National Geographic. Besieged by the entire neighborhood shouting, “Murderer, murderer,” no matter how much she shouted that it was fake fur, she had to flee the scene, on the run at the age of 86.

Climate activism is particularly annoying. Forget about putting the heat on during dinner: Force diners to sit wearing coats and scarves, and, by all means, buy a couple of electric scooters to ferry the relatives back home. Maybe your uncle Joseph, once a Reagan Republican, the real deal, now thinks the world is going to hell and is willing to glue his nose to your great-grandmother’s painting to protest against your shuttling guests around in your own petrol-powered car.

You don’t want to serve dead animals at the table, either, because that can really offend people who believe that all the animals in the world should be alive, and they don’t understand that that would mean that we would all be dead. They call themselves vegans or something like that and eat seeds, because they think that plants don’t have feelings or rights, but slugs do. You’re not likely to come to any sort of understanding with people like that.

Of course, no mention of religion — unless you’re sure everyone has just come from midnight Mass — not a word about politics, and not a single comment about vaccines. In the old days, when it was impossible to talk about anything without offending anyone present, we would talk about the weather. You know, “It looks like it’s going to rain,” “It’s getting cold,” “They say it’s going to snow tomorrow,” and so on. The problem is that nowadays that might spark an unsolicited master class on global warming, global cooling, or the temperature of King Kong’s testicles. So, if you want to dine in peace and celebrate Christmas in love and friendship, my advice is to use only monosyllables and onomatopoeias at the table. It’s amazing how far a conversation can go by saying things like: “Well, yes, yes,” “Brrrr,” “Ufff,” “Wow,” and “Hahaha.”

Good luck, my friend. You have our sympathies.

The Third Annual Idiot of the Year Awards

The Updated Cambridge Dictionary for Wokes

Fear and Loathing at the Office Christmas Party