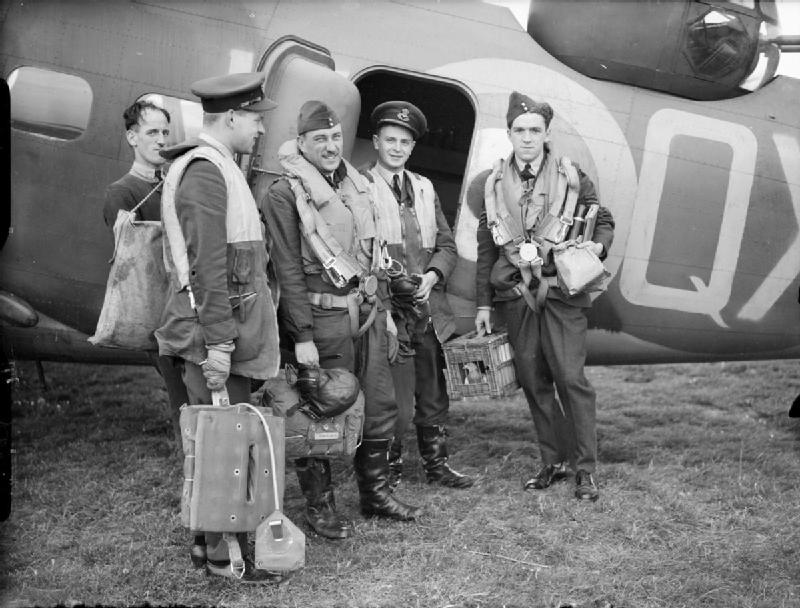 World War II is probably the biggest and most horrific event in the history of the world. It led to probably more than 65 million deaths, untold suffering on the part of millions more across the globe, and changed the direction of history for the remainder of a very bloody century. It’s only sometimes called “the good war” because it had more moral clarity than most. No mistake, it was awful.

That tragic war, which was probably avoidable given a little more backbone and action on the part of the Western democracies when the little corporal was building up his war machine, was also the biggest story in the history of the world. Actually millions of stories. Stories about sweeping battles and grand strategies on the part of generals, admirals, and national leaders. Stories of the privates, seamen, airmen, NCOs, and junior officers of all the services who actually did the fighting and who usually had no clearer view of The Big Picture than did your Aunt Eunice back in Keokuk. And there were the stories of the civilians in nations under attack or in nations occupied by the Axis powers.

One would think that 73 years after the end of the war, there would be no more diverting stories coming out of it. Nothing more that would add to our understanding of it. No more heroes. No more villains. No more great sacrifices or heroic actions to celebrate. No more cowards. But there are new stories coming out of World War II. And Gordon Corera, a security correspondent for BBC News, brings us a fine one in Operation Columba.

To the list of heroes like RAF airmen, human agents dropped into dangerous situations, and the civilians in occupied Europe who risked all, Corera introduces readers to a much less likely and less known hero in the history of wartime intelligence gathering. That would be the humble pigeon.

The humble homing pigeon to be exact. Perhaps hero isn’t the right word. The bird, of course, has no knowledge of or interest in strategic or tactical matters. And he doesn’t know the risks he faces. He just wants to go home. But therein lies the military use pigeons have been put to in The Great War, World War II, and subsequent wars. Home, for the matters dealt with in Columba, just happened to be lofts put together by allied intelligence gathering agencies eager, for many vital reasons, to know what was going on in occupied Europe.

Those providing the information included ordinary citizens — farmers, a courageous priest, and others in various walks of civilian life. The pigeons arrived in occupied Europe thanks to the RAF, who dropped them in cases suspended from small parachutes. Attached to one of the pigeons’ legs were small capsules containing a message as to what kind of information was wanted, and small pieces of rice paper on which the information could be written. Those who chose to help wrote out what they knew, put it into the capsules, and released the pigeons to return home. Of course very few of the pigeons returned with the goods. Many were never picked up from where they were dropped in Europe. Some died in the drops. Some were turned over to the German occupiers. As food was always short in occupied Europe, some of the birds were cooked and eaten by the locals.

The kind of intelligence needed changed numerous times throughout the course of the war. Even after the Battle of Britain, where the Luftwaffe failed to get air supremacy over England and the Channel, there remained a fear of German invasion. So British intelligence was eager to know about large troop movements, or whether large numbers of barges or other vessels that could be used to haul invading troops were gathering in ports, particularly in Belgium. Later, as improved German radar got very efficient at tracking allied bombers and leading Luftwaffe fighters to them, the RAF wanted to know where these installations were so they could be knocked out. Into 1944 a great deal of knowledge was necessary in preparing for the eventual invasion of Fortress Europe that took place in June of that year.

Those who provided the vital information did so at great risk to their own lives. The Germans quickly learned of the pigeons and their use. In fact, they had used pigeons for message-sending in the Great War and later used them to send fake intelligence in World War II. They would often stake out a pigeon that had just landed in its case in attempts to catch whoever took it home.

In addition to the Germans, those who wished to help the allies had to worry about their own neighbors. During the occupations there were three approaches open to those occupied: They could go about their lives and try to ignore the awful arrangement. They could collaborate with the occupiers. Or they could, at great risk, attempt to resist and help those who they hoped would eventually liberate them. No one knows the ratios of these three categories. But many brave resisters were turned in. A warning: The stories of some of the heroes in this book, people readers will come to respect and pull for, do not end well.

Nor was any of this easy on the pigeons, who could not have enjoyed a bumpy ride in a noisy RAF bomber only to be dropped in the snow. If not eaten or allowed to perish, the bird then had to haul its message back, sometimes over more than a hundred miles through really bad weather. Sometimes Germans, who knew what the pigeons were used for, shot at them and occasionally brought them down. Falcons were always on the lookout to add these message-carriers to their dinner menu. (Pigeons in the park had it much easier after the war, and some found ways to get back at the generals who sent them into battle.)

Of course intelligence coming in from the continent did not all arrive via pigeon. Agents were dropped in and sent back messages by radio, which was in its technological infancy and less reliable than it later became. There was also aerial reconnaissance. All of these methods had their advantages, drawbacks, and dangers.

Behind all these birds and agents and sometimes unknown civilians, there stood a brace of military and civilian bureaucracies, riven by the same rivalries, jealousies, suspicions, credit-taking, and blame-deflecting that characterize all bureaucracies at all times. Just because civilization is at stake is no reason to set ambition, spite, and turf-guarding aside. Some useful information that arrived, at great risk to those sending it, was discredited by intelligence officials who thought it might be fake info sent by the Germans. And some of it was. It was really hard to tell who the players were, even with a scorecard.

Corera reveals the dark and suspicious world of wartime spies and espionage. It wasn’t all paranoia either. There were real enemies out there. Add to the normal dysfunctions of bureaucracies the various postwar agendas of the many parties involved, and you have an incredibly complex tar-baby. A hairball worthy of the biggest and most horrific event in the history of the world. Corera tells this large, complicated, and fascinating story clearly and economically in just 299 pages.