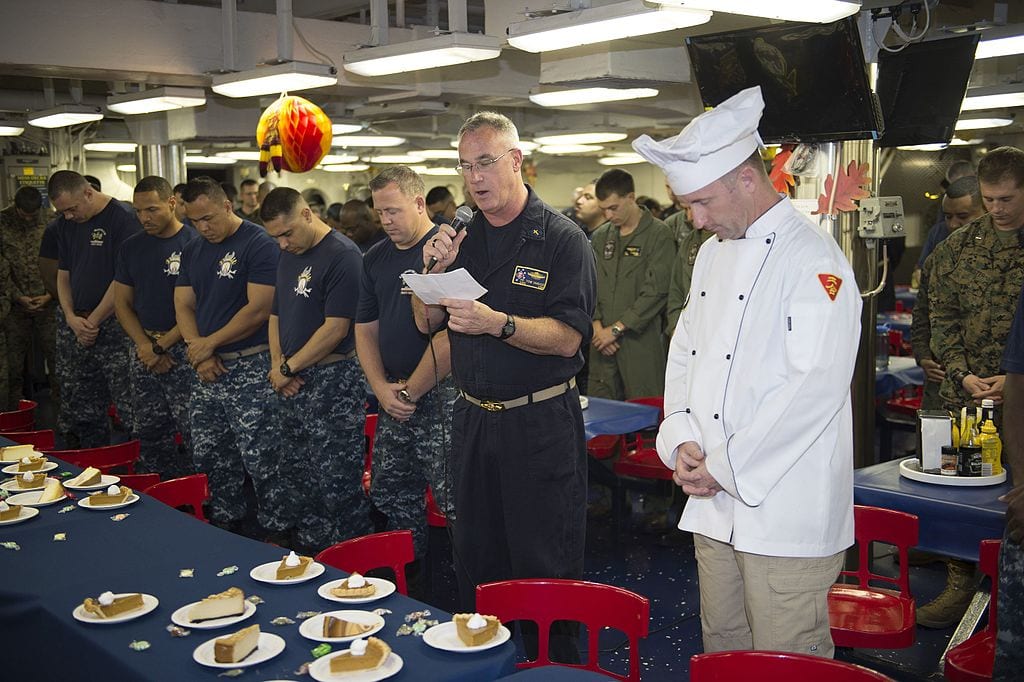 “progressive” rap on “social conservatives”: All they crave is power to tell you whom to sleep with, and how, and what god (if any) to worship. This contrasts, naturally, with broad-minded types of the progressive persuasion, who don’t care what you do, morally speaking, so long as you don’t say or do anything insensitive about race, ethnicity, gender, body size, physical disability or religion.

I said “religion.” It brings to mind a case the U.S. Supreme Court recently agreed to hear next year — all about a 40-foot-high war memorial at a publicly owned intersection in Bladensburg, Maryland. A war memorial known as the Peace Cross.

You start to get the picture. A cross?! A Christian symbol on public land?! The horror, the horror! The American Humanist Association is offended at this hint of government support for a particular religion. “Down with the thing!” the humanists cried. A divided three-judge panel of the 4th Circuit Court of Appeals agreed solemnly that the memorial indeed pits the state against religious freedom. The full appeals court denied rehearing. On to our highest court for the final sorting out!

One isn’t wholly sure that the court’s liberal minority — never mind its conservative majority — can be coaxed into ordering removal of a monument to 49 fallen soldiers from the First World War. The optics of such an outcome could be catastrophic, especially in our divided America. The case reminds us, nevertheless, that it wasn’t social conservatives who started the social wars that levelled moral landmarks of every sort, and contributed heavily to our feelings of moral emptiness.

In the beginning, the thing we weren’t supposed to allow was classroom prayer. Then, as the old America began retreating before the onslaught of the new one, it was one thing after another. We weren’t supposed to enforce standards of any kind — save new ones, reflecting our new way of life.

The present progressive narrative is that religion is fine for those who like that sort of thing. But a 40-foot cross on public land! Really! Never mind all the crosses on all the American battlefields of the 20th century.

Intolerance is the strange badge of the so-called tolerant faction in American politics. It’s “Shut up, you, assuming I’m the offended party. If you’re offended, well, you know what? That’s just the price of general respect for diversity.”

The aggressiveness of the pro-diversity lobby is its most notable feature. “Gangway!” is its perpetual cry. What is it about religion, even so, that inflames members of the lobby?

The idea of a Christian cross viewable by non-Christians may unsettle people in that it reminds the 21st-century world that the 20th-century world had a different way of thinking about body and soul. There is an element of dependence in the old-fashioned way of thinking about God — dependence on some entity you might think had gone out with burning bushes and the like.

The rise of the religious “nones,” as the Pew Research Center calls them, proceeds unabated. These “nones” affiliate with “none” of today’s various religious alternatives. In this month’s midterm elections, according to Pew, 17 percent of voters were “nones” — some number of whom, I take it, regard public reminders of religion as irrelevances and nuisances, not to mention outright aggravations requiring removal where possible. A certain number of Americans regard freedom from aggravation as an American right pertaining chiefly to themselves, certainly not to those responsible for the aggravating. It’s one more symptom, you might say, of the “me-ness” at the center of so many things today.

The civic peace of America, such as it is, balances on a knife blade. But one interesting thing about God is His reputation for cleansing minds and clearing away intellectual clutter such as right now overwhelms the world. We salute that divine property indirectly on Thursday, Thanksgiving Day. The me-ness of our times never seems so ridiculous as amid giblet dressing and half-remembered, half-forgotten words: “Come, ye thankful people, come…”