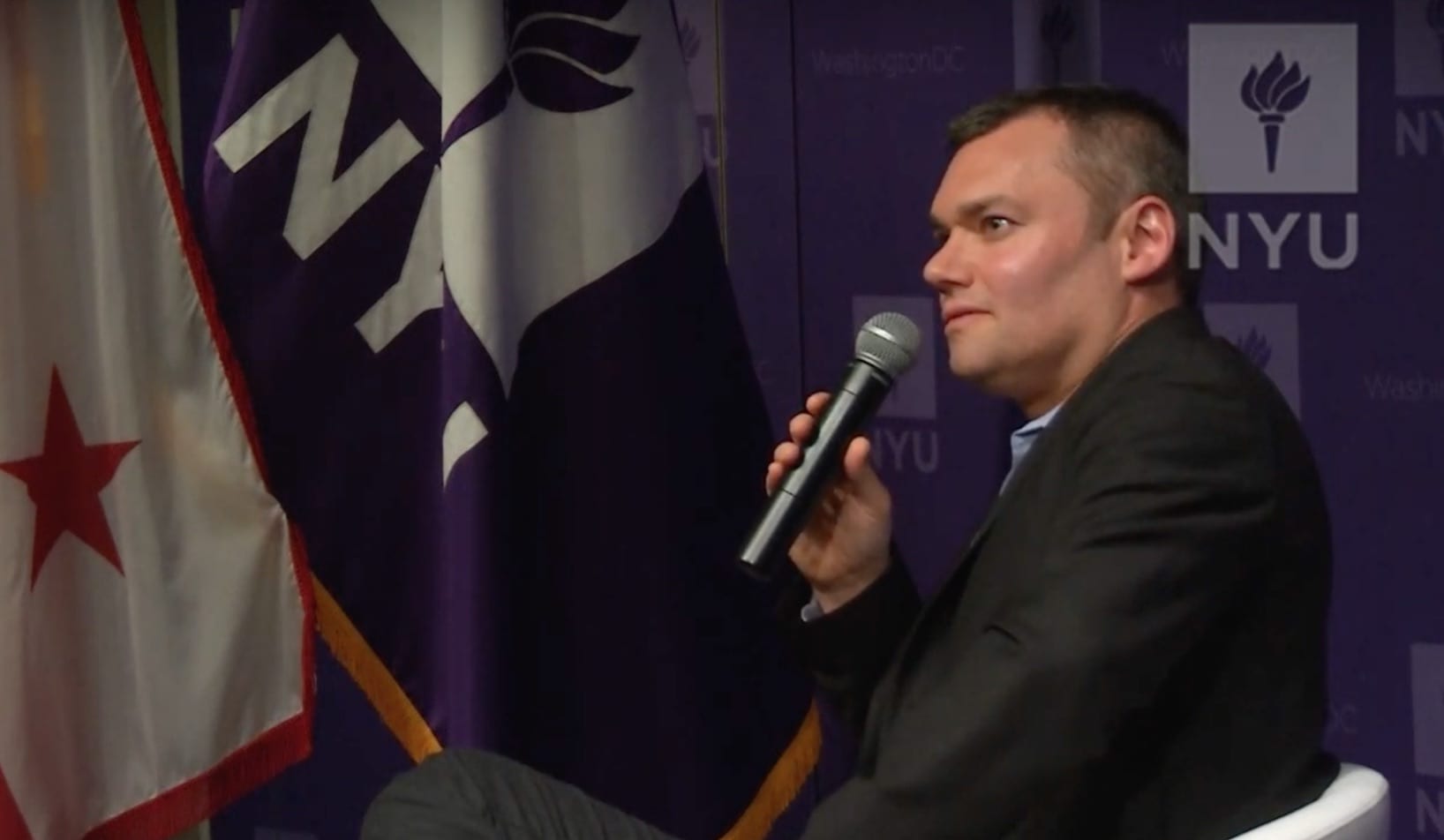 Formulated in the crucible of intersectionality known as the college campus, a new and improved method for promoting racism is yielding promising results: Rebrand it as human rights and justify it with specious claims of First Amendment rights and academic freedom.

It works! Just ask Students for Justice in Palestine, the campus arm of BDS — the Boycott, Divestment and Sanctions movement that is anti-Semitic according to the definition of Jew-hatred adopted by the U.S. State Department.

Attracting student support by masquerading as a human rights group, SJP echoes the identity politics and anti-Western bias of administrators and faculty to curry their favor. These groups back BDS.

Other campus minority groups — Blacks, LGBTQ, women, Muslims — demand and receive protection from anything that even remotely smacks of racism. Free speech be damned! But, on campuses across our country, it’s open season on Jewish students and Israel supporters.

For example, New York University’s branch of SJP instigated a boycott by more than 50 student groups, blacklisting Jewish and Israel-supporting student organizations on campus. In a stance antithetical to any academic institution, SJP specifically refuses to dialogue with any group holding Zionist viewpoints, disrupts their speaking events and harasses those with whom they disagree.

Jewish students find the experience intimidating and at times dangerous, vividly illustrated by the recent closure of the Bronfman Center for Jewish Student Life after an NYU student expressed his desire for “Zionists to die.” According to NYU Realize Israel, SJP has created a hostile environment and “physically assaulted pro-Israel students.”

On April 17, NYU honored SJP with its President’s Service Award for having “positively impacted the culture of this institution and members of our community.” In so doing, the school publicly normalized campus racism and recklessly redefined “civic engagement.”

In March, the University of North Carolina Chapel Hill and Duke University organized a three-day symposium at UNC-Chapel Hill. Titled “Conflict Over Gaza,” the event was described as bringing together internationally recognized scholars and experts to discuss everyday life in Gaza. Co-sponsored by numerous academic departments, this major conference was attended by hundreds of students, professors, and administrators.

Far from presenting a balanced perspective on this complex topic, the forum was a racist spewing of anti-Semitic rhetoric demonizing Israel, whitewashing the terror organization Hamas and its so-called “March of Return,” and dismissing Israel’s security concerns as “another way to dehumanize Palestinians.” No voices presenting the Israel viewpoint were present. Not even the Duke and UNC Hillel chapters were invited. To make matters worse, it was partially funded by the U.S. Department of Education. Perhaps some of the $235,000 of taxpayer money paid for the “free Gaza” swag.

A five-minute film, “Shuja’iyah: Land of the Brave,” outlined Israel’s “crimes against humanity” including the accusation that Israelis intentionally targeted Gazan ambulances.

Absent from this conference was even a single lecture, presentation, film, or work of art concerned with the tens of thousands of Israeli civilians under siege from endless rocket and mortar attacks launched from Gaza. No mention or photographs of the terror tunnels. No consideration that Israel acted in self-defense in 2014. No photos of Israeli children hiding in shelters as Hamas rockets exploded around them. For a supposedly academic conference to examine the impact of conflict in Gaza yet fail to address the effect on the Israeli civilian population makes a mockery of these institutions of higher education.

The most attention-getting event was a rap byTamer Nafar, singing, “This is my anti-Semitic song…. Let’s try it together” and praising the audience for looking “beautifully anti-Semitic.”

Like SJP’s advocacy of BDS, the Duke-UNC conference was branded an academic endeavor focusing on human rights issues for the purpose of generating “concrete options that can better the lives of Gazans.” In fact, the purpose was simply racist at its core: to demonize and delegitimize Israel. It had nothing to do with bettering the lives of Gazans.

Can you imagine a university allowing or funding an event where the Family Research Council or United Daughters of the Confederacy discuss homosexuality and traditional values? Or reward the Westboro Baptist Church for its service to the college community?

Colleges and universities are crossing a red line, abdicating their responsibility to all students. They welcome and fund an age-old scourge — racist Jew-hatred — under the guise of free speech. This racism is becoming more aggressive and virulent by the year. Today it’s Jew-hatred clumsily disguised as academic conferences, anti-Semitic raps and awards for campus hate-mongers. What will tomorrow bring?