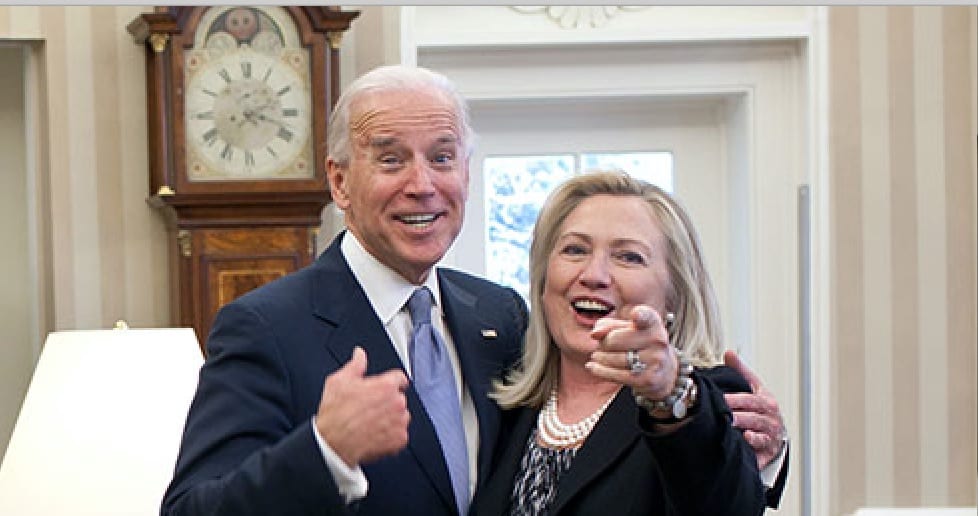 As they have been for almost three decades, Democrats are still trying to solve the Clinton riddle. Currently, they have their hands full with a fractured field that refuses to yield clarity. Four months in, and no closer to choosing next year’s nominee, the nominee from three years ago resurfaces.

Like Scrabble without vowels, it is hard to make much out of this. Enter Hillary Clinton. Suddenly, you can spell “Democrats lose,” but little else.

Clearly she would hurt Democrats in general and Biden in particular — both prospects that delight Republicans.

Just look at the foundation from which Clinton would start. In 2016, she lost 43 percent of Democrats — essentially the party’s entire Left, and at a time when they were much weaker and less agitated. She then went on to lose to Trump, which hardly endears her to the party establishment or the Left. She is far less to the left, which two-thirds of Democrats already support.

A Clinton candidacy would most closely resemble Biden’s. With Biden holding only about one-quarter of Democrats, Clinton would be fighting over a pronounced minority. Nor is Biden likely to drop out, having been running for months, leading now, and having deferred to her last time.

A Clinton candidacy would therefore split the Democrat establishment, putting it somewhere between Warren and Sanders. If you currently see the Democrat race as being among three people, Clinton would make it at least a four-person affair.

Clinton’s problem is that she is simply not good at politics, and she would be even worse for Democrats. Having lost the nomination to Obama in 2008 and the presidency to Trump in 2016, there is no scenario by which she wins the 2020 nomination. To do so, she would have to drive out Biden (the current front-runner), unite the establishment (whose candidate she just ousted), and then draw roughly one-third of the Democrat Left (who rejected her then and now). All that before again facing Trump, who this time will have the advantages of history, incumbency, economy, and money backing him.

The first problem with that tall order is that Biden will not leave. He has been there, is leading the field, and can argue plausibly that he is better positioned to beat Trump — after all, he has not already lost to him. Undoubtedly, Biden is the establishment’s best chance, which is why they are not clamoring for Hillary to run.

On the left, there is even less love for Clinton. They did not back her in 2016. They are not backing Biden and the establishment now. And they are not lacking for choices or clout — through various candidates, they are already drawing more than twice Biden’s level of support.