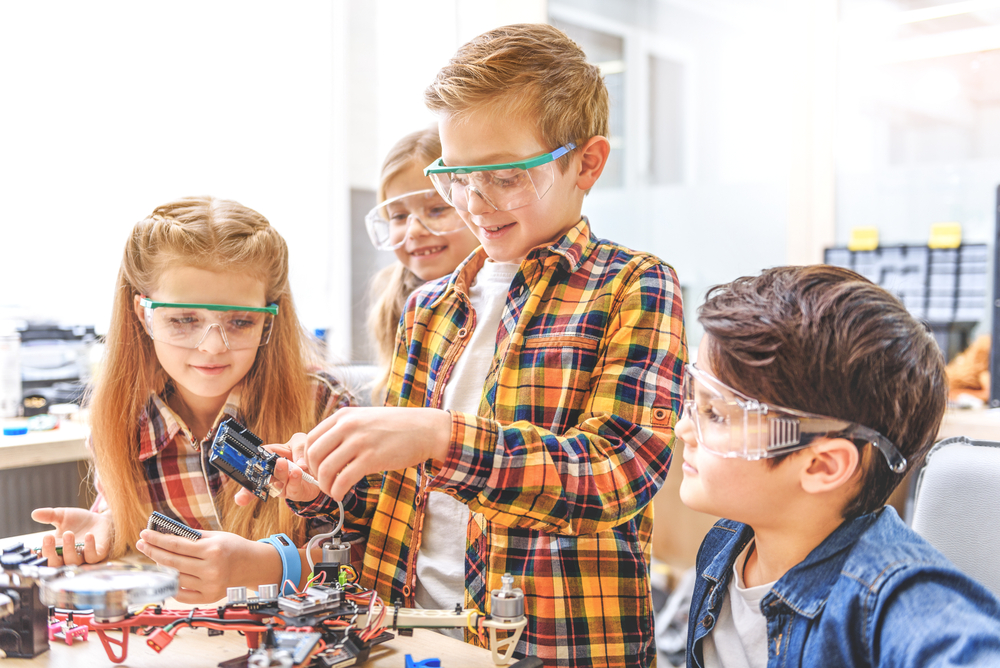 In recent years, the push for more STEM courses in K-12 education has advanced alongside calls for entrepreneurship. Entrepreneurs such as Steve Jobs, Jeff Bezos, and Elon Musk start new businesses that improve our quality of life and help the United States stay ahead of competitors abroad, particularly in China, and so entrepreneurship must be protected even if political policies do not always support new business formation. The iPhone; free, two-day shipping; and luxury electric sports cars have won over even the most hardened, anti-business progressives about the benefits of entrepreneurship. They value entrepreneurship for its fruits, not its freedoms.

My time at Thales Academy, a private, classical school in Raleigh, North Carolina, has given me a unique perspective on entrepreneurship quite different from that of entrepreneurship’s typical supporters.

Classical education is a form of education founded on the great books and the great ideas of the Western canon, and these ideas naturally support the ideals of entrepreneurship in a way few schools do. Our founder, Bob Luddy, a philanthropist and the owner of a successful kitchen equipment and HVAC company, is himself passionate about entrepreneurship. He founded Thales Academy as a way to pass the opportunities he himself enjoyed to the next generation and to encourage students to believe that they can radically improve the world through sweat equity and quick thinking, something summed up in the ideals of entrepreneurship.

Entrepreneurship: Grounded in the Tradition

Simply put, an entrepreneur who creates his or her own business and assumes the risks of building something from the ground up. Entrepreneurship is woven into the fabric of Western political and moral philosophy, something lost in schools that downplay such traditions. Part of what encourages a person to start his or her own business is the knowledge that someone with power, authority, and government connections cannot all of a sudden come in and take the fruits of one’s labors, which can happen in other countries with a less-developed system of property rights or independent courts. Such ideals are at the core of the American experience.

That’s why Thales in particular, and classical schools in general, champion the founding documents and America’s founding principles. Such schools enshrine, as principle and as ideal, the natural right, one given to us by God, to chart our own course for happiness and human flourishing rather than being manipulated by more powerful individuals.

Our country is founded on the unique idea, enshrined in the Declaration of Independence, that “all men are created equal, and that they are endowed with their Creator with certain inalienable rights, chief amongst them is the right to life, liberty, and the pursuit of happiness.” In a similar manner, the United States Constitution protects the right of individuals to earn revenue from their inventions:

Article I, Section 8: To promote the Progress of Science and useful Arts, by securing for limited Times to Authors and Inventors the exclusive Right to their respective Writings and Discoveries.

Our founding documents recognize that it is the individual, not the state, who is in the best position to promote this kind of progress. Our Constitution, which as a document defines the boundaries of our federal government, limits the ability of anyone within the state and its bureaucracy to unfairly and unjustly seize the fruits of anyone else’s hard work.

This right is enshrined as a cherished privilege for American citizens. American citizens are all the more encouraged to start their own business to take care of themselves — a restaurant, a cleaning service, taking in and washing laundry, the story of so many people coming to the United States with barely the clothes on their back — rather than relying on the state for their daily bread. The United States is indeed uniquely blessed to have, as its founding principle, a transcendent truth that at once inspires some people to endure untold sacrifices and, as part of its founding documents, provisions that keep others from simply forcing them to do so.

Looking to the Future

We supporters of free-market economics hope that this trend will continue, a trend hardly anyone could have predicted in March 2020. Those of us who teach in classical schools hope to help our students learn to solve problems and contribute to society by developing their gifts and talents. That is the only way to weather the challenges of an unknown and uncertain future.

My own school is an outgrowth of the success of one firm and of our founder’s heart to help the next generation take advantage of similar opportunities and risks. That is ultimately the mission of Thales Academy in particular and of classical schools in general: to help students become people of excellence through truth, beauty, and goodness, an excellence marked by personal responsibility and innovative problem solving, an excellence summed up in the ideas and ideals of entrepreneurship.

Winston Brady is the Dean of Academics and the Director of Thales Press at Thales Academy, a network of classical schools in the Raleigh, North Carolina area. A graduate of the College of William & Mary and the Kenan-Flagler School of Business at the University of North Carolina at Chapel Hill, Winston Brady writes on the intersection of history, politics, and culture, as seen through the lens of classical wisdom and virtue.