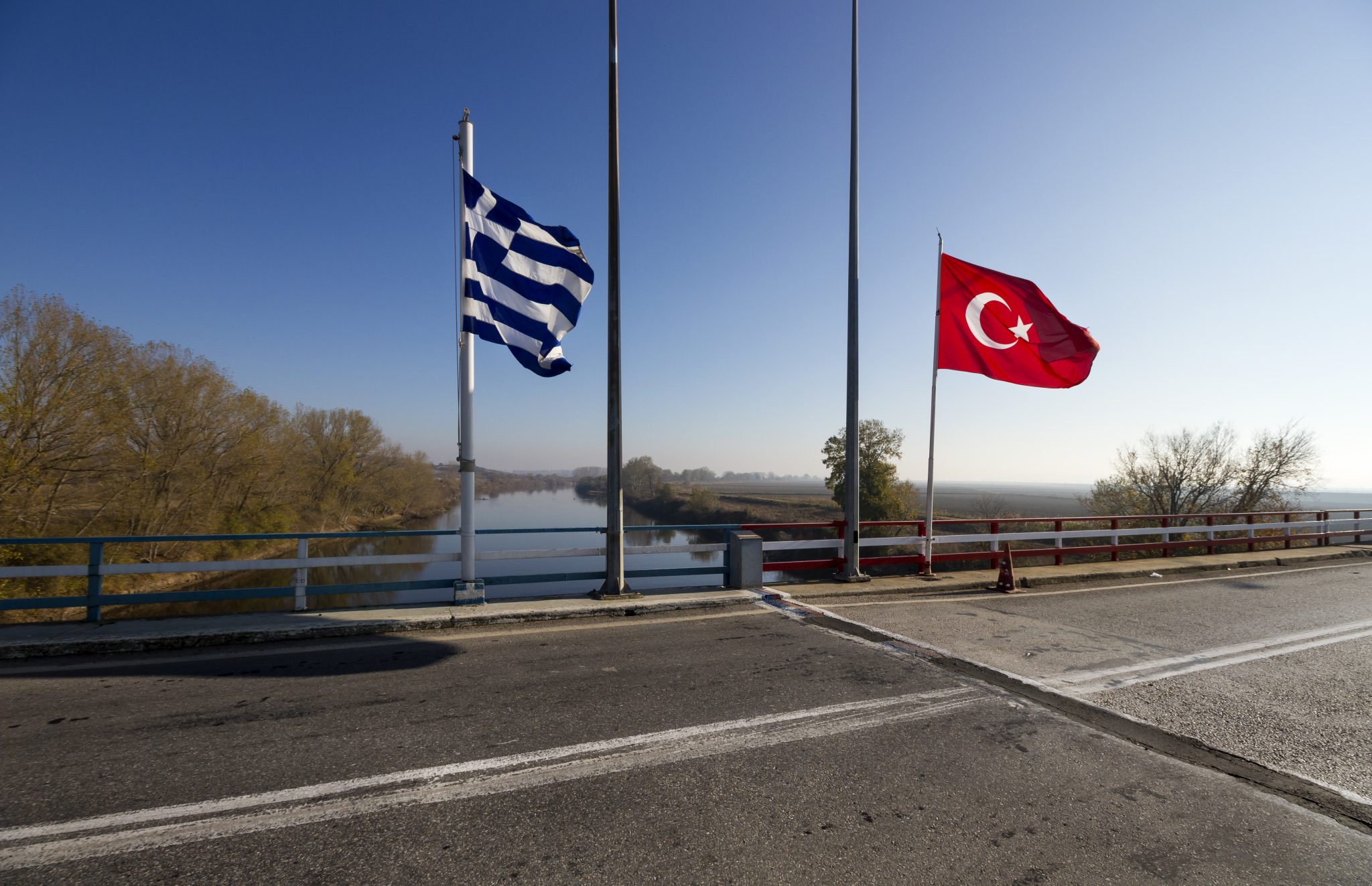 Tensions are rising between Greece and Turkey this week, a result of Turkey’s statement that it would no longer prevent refugees and migrants from entering Europe. In 2016, Turkey and the EU made a deal in which Turkey would not permit illegal entry into Europe from its borders in exchange for financial support. Turkey is now reneging, claiming Europe hasn’t done enough, despite the billions of euros the EU has poured into Turkey. Almost as soon as President Recep Tayyip Erdoğan made the announcement, tens of thousands broke for Greece, by land and sea.

From a height of one million in 2015, arrivals in Greece had decreased in recent years. With Turkey opening a path to Europe, Greece is facing a crisis. At the land border at Evros, Greece deployed the military and stated that in a 24-hour period it deterred 10,000 illegal entries. Greece’s Prime Minister Kyriakos Mitsotakis made it clear that Greece would not be accepting anyone coming into his nation illegally from Turkey with this tweet:

Our national security council has taken the decision to increase the level of deterrence at our borders to the maximum. As of now we will not be accepting any new asylum applications for 1 month. We are invoking article 78.3 of the TFEU to ensure full European support.

In addition to government response, many Greek citizens have responded to the possibility of a wave of refugees with protests and violence. On the island of Lesbos, where there is already a refugee camp near Moira that hosts 20,000, bands of citizens have forcibly stopped migrants from entering the island and clashed with NGO workers. On the island of Chios, residents beat riot police and ransacked their hotel rooms.

Also in the mix are the migrants themselves, who attacked riot police on the land border during their attempted crossing. On Lesbos, migrants protesting poor conditions in the camps ransacked a church.

The clashes among the Greek government, its residents, and migrants are a recipe for disaster and anarchy, brought on by Turkey’s treacherous reneging. NATO allies, Greece, and Turkey already have strained relations as Turkey regularly violates Greek airspace and backs Turkish separatists in Northern Cyprus. This flareup over migration and refugees is just the latest example of Greco-Turkish animosity, and Greece isn’t the only NATO ally that Turkey is currently jeopardizing.

NATO is committed to protecting its members, “the West,” from foreign aggression, securing democracy, and generally promoting a peaceful world order. Turkey is committed to none of this. Erdoğan is prioritizing his own interests, ignoring those of Europe. Turkey has strategic reasons for its decision to allow migrants to cross into Europe; it currently hosts around four million refugees and economic migrants. Allowing refugees into Europe would alleviate pressure on its infrastructure and resources. Turkey can focus these resources elsewhere, including its military objectives in Syria, which run counter to NATO interests.

Turkey has always had a bad relationship with the Assad regime, but the situation went cold to hot over the weekend. Any shared goals between Turkey and Syria, largely in combatting Kurdish rebels, have eroded in recent months, as the Kurds have been weakened by the withdrawal of U.S. support. The Assad regime has been defeating opposition throughout war-torn Syria, notably with the capture of Aleppo two weeks ago, and a current offensive on the Idlib province. Last week, 34 Turkish soldiers in Idlib were killed by Syrian forces, backed by Russian airstrikes. While Turkish troops were operating outside of their jurisdiction and did not properly communicate their position to either Assad or Putin, the deaths were likely not intentional. Erdoğan responded with escalation, killing over 100 pro-regime fighters and downing Syrian jets. Increased casualties, creating greater hatred between Syria and Turkey, increase the chances of an all-out war, which neither NATO nor Russia wants to see happen.

Erdoğan and Putin are scheduled to meet later this week to ease tensions, but Erdoğan has stated that the recent retaliation is “just the beginning,” a mindset that diminishes prospects of a stable peace. Of course, Assad and Putin are not good-faith actors, but neither is Turkey. Turkey’s tendency towards violence against those it opposes, from Kurdish rebels to the Assad regime, poses a threat to regional and global peace.

Turkey continues to act as a rogue state, a thorn in the side of both the free world and unfree world. Gone are the days of Ataturk’s secular republicanism. An undemocratic Turkey creates tensions with its own NATO allies through undemocratic behavior and failure to honor established agreements, while at the same time as it creates tensions with autocrats through military action. Turkey’s betrayal of the migration agreement and its aggression in Syria should be a wakeup call for any of those in Europe and NATO who still believe that Turkey is a worthy ally.

While Turkey hosts the Incirlik and Izmir strategic airbases and controls access to the Black Sea by way of the Bosporus and Dardanelles straits, the advantages of working with Turkey are rapidly being outweighed by the disadvantages. NATO’s Article Five states that an attack on one is an attack on all, establishing a collective defense. Is an autocratic and Islamist Turkey, which lashes out at both friends and enemies, worthy of American support?