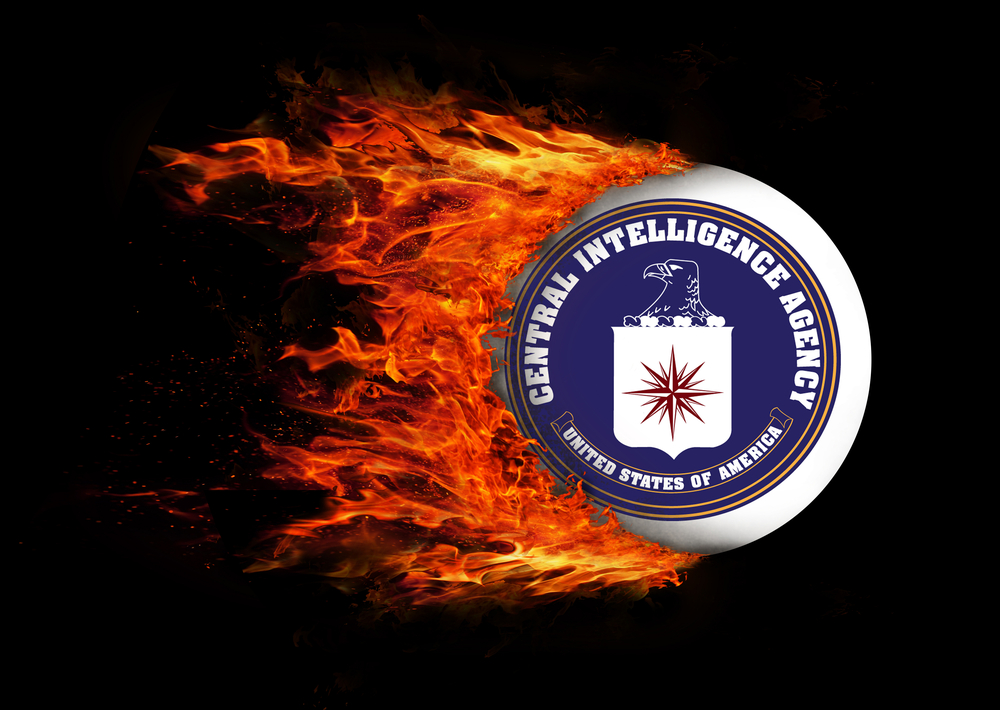 All of these incidents prove that something is badly wrong with our intelligence community. These things can be fixed, but they won’t be while Joe Biden and Kamala Harris are in charge.

Last week, the U.S. Postal Service’s Chief Postal Inspector, Gary Barksdale, told Congress that the USPS is running an operation it calls the Internet Covert Operations Program (iCOP) to track “inflammatory” posts on Facebook, Parler, and other social media sites. Barksdale reportedly said it wasn’t a real program because it is “incident-related” and not ongoing. He also said that USPS wouldn’t stop running the iCOP non-program, but would stop publicizing news about it.

According to Barksdale, the iCOP initiative — which reports threatening social media posts to local police and the FBI — hasn’t resulted in any arrests. But that is decidedly beside the point.

What the hell is the Postal Service doing in spying on Americans’ social media posts? It has no legal authority to do so, and social media is far outside anything that has to do with delivering the mail, which it doesn’t do all that well. The USPS lost about $7.6 billion last year thanks to overly generous wages and pensions and its chronic inability to control costs. But that’s normal for any government agency.

In short, this is a tremendous abuse of the USPS’s power, and it probably violates federal criminal law. U.S. Postmaster General Louis DeJoy and Barksdale should both be fired forthwith, along with any crazed postal workers who aided and abetted this “non-program.” Those who broke the law should be prosecuted, but they won’t be because this is precisely the kind of abuse of government power the Biden administration thrives on.

Another example of significant abuses of power is found in an opinion, of the Foreign Intelligence Surveillance Court in November of last year, signed by Judge Boasberg last November, which has now become public. In that opinion, the judge cited 69 incidents in which one FBI task officer conducted inquiries that weren’t consistent with FBI guidelines on doing so.

The opinion said that the FISC continues to be concerned about FBI inquiries made against U.S. persons (essentially anyone located in the U.S. at the time of the inquiry) that had nothing to do with foreign intelligence information, but might be relevant to federal crimes. Last week, in a letter to FBI Director Christopher Wray and Congressmen Jim Jordan and Andy Biggs demanded information about all such inquiries since 2019 that didn’t relate to national security.

Wray won’t give Jordan and Biggs the information they request. The FBI’s record of stonewalling Congress goes back to at least 2017, when Devin Nunes, then-chairman of the House Permanent Select Committee on Intelligence, demanded information about the FISA warrants the FBI sought and obtained to spy on Trump campaign officials.

The February 2018 “Nunes Memo” showed how bad the FBI’s abuse of power was during the infamous “Crossfire Hurricane” investigation of Trump and his 2015 campaign.

From what the FISC has said, it’s evident that nothing has improved since.

There is an appalling disregard and abuse of FISA in the FBI, and it obviously hasn’t been remedied by the removal of people such as former Director James Comey, former FBI agent Peter Strzok, and his paramour, former FBI lawyer Lisa Page. Wray, who was appointed by then-President Trump to fix the mess left by Comey, clearly hasn’t done the job.

Wray, too, should be fired, but that won’t clean up the FBI’s intelligence branch. Joe Biden isn’t about to fire Wray and clean up the FBI because the Obama administration — when Biden was all smiles about what Obama was doing to politicize the intelligence community — enabled its abuses of power. Nor will he fix what’s wrong with the Office of the Director of National Intelligence (ODNI).

In a January 2020 letter to then-DNI Adm. Joe Maguire, six generals, and three admirals — the commanders of Indo-Pacific Command, European Command, Strategic Command, Special Operations Command, Africa Command, Space Command, Transportation Command, and Northern and Southern Commands — wrote that they needed help in the form of clearer, more accurate, and above all faster dissemination of intelligence regarding China and Russia.

The letter said, “The main battlespace for this struggle is largely in the public domain. Therefore we request a significantly upgraded effort to routinely inject intelligence derivatives into that arena,” i.e., information that can be used publicly to counter Chinese and Russian propaganda and disinformation.

The ODNI reportedly asked intelligence agencies to review their procedures and improve support of combatant commanders, but apparently little has been done to speed the dissemination of the intelligence necessary to help fight the information war.

U.S. intelligence agencies have an enormous capacity to gather intelligence. But what good is it if they don’t disseminate it to intelligence consumers such as combatant commanders in time for them to make the best use of it? People such as the woman in the CIA’s recruitment video must have little or no ability to do that.

The CIA’s video is perfect proof of what is wrong in our intelligence community.

The CIA employee in the video is a model of self-centeredness. She proclaims that she is “perfectly made,” a “cisgender millennial,” “intersectional,” and that she has been diagnosed with “general anxiety disorder,” which — in regard to the fourth factor she cites — makes her perfectly imperfect to work at the CIA.

There’s nothing in the video about serving the nation or helping protect it from harm. It’s all “Me-Me-I-I,” indicating that the woman’s personal agenda is what’s important, not the mission of the CIA.

According to the fifth edition of the Diagnostic and Statistical Manual of Mental Disorders, the symptoms of General Anxiety Disorder (GAD) are at least three of these symptoms: impaired concentration, excessive anxiety and worry, fatigue, restlessness, difficulty sleeping, irritability, and increased muscle soreness.

A person who has been diagnosed with GAD, thus, is someone who is particularly vulnerable to threats, bullying, and blackmail. Someone who has trouble concentrating or who is beset by excessive anxiety – which characterizes all GAD sufferers – likely won’t have the ability to gather, analyze, or report on classified intelligence.

It’s questionable whether such a person should have even a low-level security clearance. But such a person, according to our woke CIA, is apparently its ideal employee. Hiring such a person is an abuse of power. So is not firing people, such as those in the FBI, who blatantly and frequently violate the law and spy on us.

Biden and Harris could clean the intelligence community’s Augean Stable of people who abuse their powers and whose personal priorities overcome what they should be doing to gather, analyze, and report accurate intelligence information. But they won’t.

Our allies and enemies see these abuses of power, these inane hiring policies, and our failure to remedy any of them in clearer terms than the White House does.

Our allies can’t trust us enough to give us the best intelligence they obtain or trust what we give them.

Our enemies must be shaking their heads over how dumb we can be. They will act in every way they can to take advantage of our self-inflicted mistakes. The woketards are marching on a path that could easily lead to an American defeat in the next big war. If you think I’m an alarmist, take another look at the CIA recruitment video.