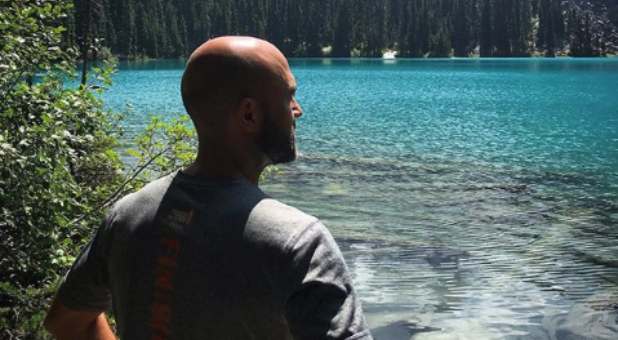 In recent days the Christian world has been rocked by the news that pastor and author Joshua Harris is divorcing his wife and has renounced his faith. The latter is the real bombshell.

Harris first gained notoriety as a young man with the publication of I Kissed Dating Goodbye (1997), a book in which he condemned traditional dating and encouraged parent-initiated and guided courtship instead. Though heavily criticized, the book had a noble objective: the idea was to date with more intentionality.

But one suspects that it had a very negative result for the author. Having been so open about his own courtship with his soon-to-be ex-wife, Shannon, and having offered it as a model for a healthy marriage, this aspect of his life fell under great scrutiny and pressure both from those within the faith and those without. Chinks in the marital armor became proof that he was wrong and that this recipe to successful marriage was no more insulation against divorce than a Paula Deen recipe is against diabetes.

Harris’s recent announcement was delivered in the most modern of methods: in an Instagram post complete with a posed photo of this Christian defector looking out upon a beautiful lake in deep reflection, as if it were Walden Pond and he were Henry David Thoreau:

I am learning that no group has the market cornered on grace.… I have undergone a massive shift in regard to my faith in Jesus…. By all the measures that I have for defining a Christian, I am not a Christian…. I do not view this moment negatively. I feel very much alive, and awake, and surprisingly hopeful.

In Christian theology, this is what is called apostasy. I shall not burden this column with a thorough explanation, but suffice it to say that it is regarded as the gravest of sins because it involves the rejection of Jesus himself. Of more interest to me here is how Christians process Harris’s announcement. I get the sense that it has jarred the faith of many.

Coupled with Harris’s social media post was a profession of “repentance” for his legalism along with an apology to the LGBT community: “My writing and speaking contributed to a culture of exclusion and bigotry. I hope you can forgive me.”

This is noteworthy. Not only is Harris apologizing for his own legalism, but he is also blaming the Christian faith for that legalism. That, it is implied, is why he is leaving the Christian faith: Jesus made him a judgmental person! He has finally seen the light, and that light is not found in Christianity!

He adds that he has received “strong words of rebuke from religious people” for his renunciation. Did he expect atheists to condemn him? The LGBT community? Not a chance. Harris would have a scriptural claim (Galatians 6:1-2) to mercy, understanding, and restoration from Christians were he confessing weakness, sin, or doubt.

But that is not what this was. Harris was celebrating his rejection of Jesus Christ, rubbing it in the faces of those he formerly taught, a “blasphemy against the Spirit” that many Christians regard as the only unforgivable sin. Harris’s “journey,” as he characterizes it, is not that of a searcher like Nicodemus or a doubter like Thomas; it is, rather, the path of Judas Iscariot.

The Christian life is hard. Our Lord called it a “narrow path.” You will get bumps and bruises. Your marriages will hit the rocks. The kids will rebel. Your career won’t always go as smoothly as you hoped. Doubts creep in, and so on. If the Christian’s faith is built upon strict adherence to a set of rules rather than the grace of God and a work that he already accomplished upon the Cross, it will not endure.

Harris, it seems, has never understood grace. He has mistaken freedom in Jesus Christ with the shackles of legalism. But legalism, contrary to popular belief, has no place in Christianity. On the contrary, we have been set free from the Law (Romans 8:1-4). No, legalism is a condition of the human heart. Indeed, some of the most legalistic people I have ever met were not religious at all. They were adherents to secular ideologies like environmentalism and socialism.

It is interesting to me that Harris says that he has learned that “no group has cornered the market on grace.” I, too, have learned that in the wreckage of my own failures. Often the grace we expect from Christians is scarce. But that is only because they are sinners like we are whose default responses are not always consistent with their professed beliefs. Regardless, Jesus Christ is the exclusive author of grace, and in walking away from him, where does Harris hope to find it? Instagram? The LGBT community?

Recognizing my own limitations to adhere to rules — I can’t even stop biting my fingernails — I am with the Apostle Peter, who said, “Lord, to whom shall we go? You have the words of eternal life.”

Larry Alex Taunton is an author, cultural commentator, and freelance columnist who has contributed to USA Today, Fox News, First Things, the Atlantic, CNN, and The American Spectator. You can subscribe to his blog at larryalextaunton.com.