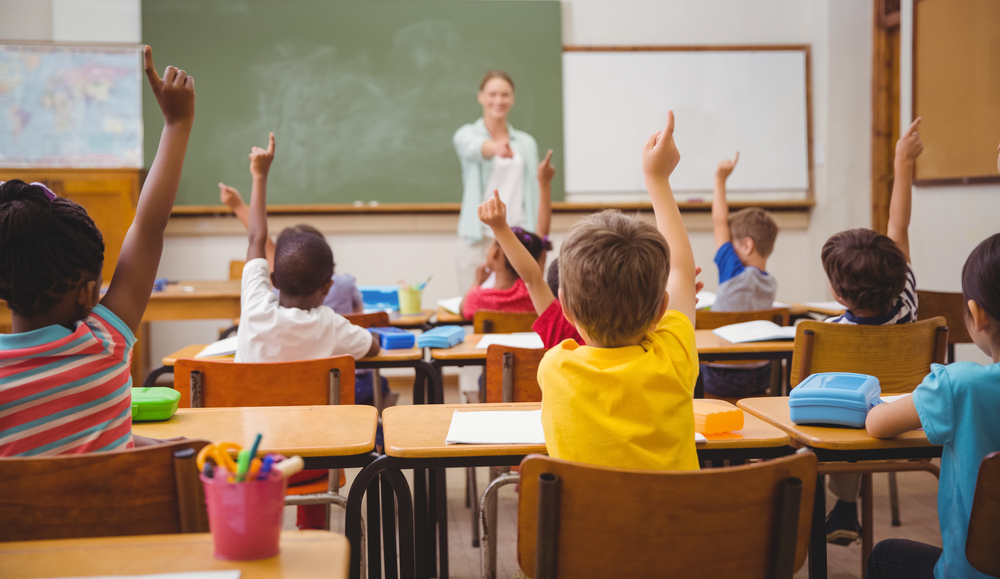 Any school that’s attacked by the national teachers unions, American Civil Liberties Union (ACLU), and the gender-identity lobby is probably doing something right: In our case, we teach kids to read, write, compute, and think; respect their elders and each other; and celebrate, rather than denigrate, the story of America.

That, in a nutshell, is the situation facing Charter Day School Inc., which operates four public charter schools in southeastern North Carolina.

Their gripe allegedly is with Charter Day’s dress code — a dress code, I should point out, that was fashioned by school parents.

You should care because charter schools provide millions of American children with the only access they have to a quality education, the kind many can’t get from local government-run schools — as the National Assessment of Educational Progress (NAEP) reconfirmed on Oct. 24 when it released this year’s disastrous reading and math test scores.

Unfortunately, if the ACLU lawsuit succeeds, charter schools could become subject to the very same problems — bureaucratic bloat and overregulation, union control, politicization, and stubborn adherence to teaching methods and curricula that don’t work — responsible for the widespread failure on display in the NAEP tests.

Fifteen years after Charter Day School admitted its first students in 2000, the parents of three girls decided that the school uniform policy is intolerable because it requires the girls, with some exceptions, to wear jumpers, skirts, or “skorts.” The ACLU was happy to take up their fight — expecting, perhaps, that we would back down in the face of potentially astronomical legal costs. We refused to cave as a matter of principle.

The policy was so intolerable that the “plaintiff” children continued to attend Charter Day School, as is their right — and they did so with our blessing.

Meanwhile, we’ve been in an up-and-down legal struggle for the past seven years — revolving, most recently, around the critically important issue of “state action.”

The Fourth Circuit Court of Appeals, in a 10–6 split, decided (wrongly, in our opinion) that Charter Day School Inc., as the private operator of a public charter school, is a “state actor” subject to the same rules and requirements that government-run schools endure. The dress code was ruled out of bounds. (READ MORE: Appeals Court Rules Charter School Dress Code Is Unconstitutional)

This flies in the face of North Carolina’s 1996 Charter School Act, which explicitly exempts charter schools “from statutes and rules” applicable to government-run schools. It also runs counter to several previous federal appeals court decisions and to the Supreme Court’s 1982 decision in Rendell-Baker v. Kohn, which held, as the legal site CaseBriefs explains, that “[p]rivate conduct is not state action simply because the private entity serves a public function.”

So, on Sept. 12, we petitioned the Supreme Court to “review and reverse” the Fourth Circuit’s June 14 ruling, a request that the court likely will consider late this year or early next year.

Our schools, three of which are rural schools and all of which serve mostly low-income families, have been growing steadily for many years: from 53 kindergarten and first graders in a single school during the 2000–2001 school year to four schools with some 2,700 students in grades kindergarten through eight today.

The reason is simple: The schools stress good conduct and personal responsibility, and they stick to learning, not indoctrination. As a result, they consistently rank among the highest-performing schools in the locales they serve on the state’s end-of-grade achievement tests. In fact, if our four schools comprised an independent school district, the district would rank 30th out of 117 school districts, and 16th in reading.

This is especially noteworthy because North Carolina’s end-of-grade tests are based on the Common Core curriculum, which the four schools operated by Charter Day School Inc., and managed by the Roger Bacon Academy, don’t follow. Instead, the schools follow a highly structured curriculum using Direct Instruction. This curriculum emphasizes fundamentals: reading, grammar, spelling, literature, traditional math, chronological history, and other topics that Common Core schools frequently shortchange. Students are taught cursive writing. And they study Latin beginning in fourth grade. Why Latin? Because Latin helps form the foundation of the English language, as well as Spanish, French, Portuguese, and Italian, and it’s used extensively in science, medicine, law, and other fields.

Many of Charter Day School’s kindergarten students are reading by the winter holidays — and virtually all of them by spring break. This is what the lawsuit seeks to destroy.

It’s now up to the Supreme Court to decide if that’s what the court had in mind when it decided Rendell-Baker.

Baker A. Mitchell is the founder of the Roger Bacon Academy and Charter Day School Inc., whose four schools were recently renamed the Classical Charter Schools of America.