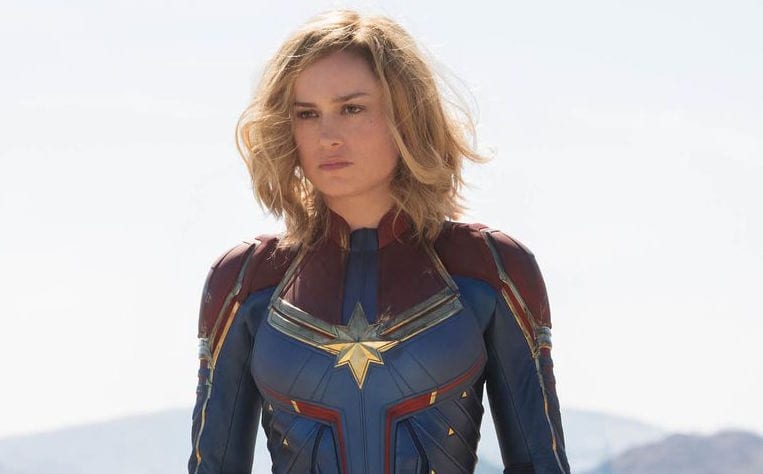 The long cinematic drought since “Avengers: Infinity War,” with the brief comedic interloping of “Ant-Man and the Wasp,” has finally been broken with the much-hyped “Captain Marvel” starring Brie Larson, Samuel Jackson, Clark Gregg, Ben Mendelsohn, and others. After seeing it down in Richmond, Virginia on Thursday evening at one of its first showings to the public I believe viewers will find that their anticipation will be well-rewarded.

The film begins with action-packed confusion and seemingly a world gone as mad as that of which we briefly glimpse at the end of “Infinity War” and in the “Avengers: Endgame” trailer where half of all life in the universe has been wiped out. In this case the Kree, long an archenemy throughout much of the Marvel Cinematic Universe from “Guardians of the Galaxy” to “Agents of S.H.I.E.L.D.,” appear to be portrayed in a benevolent, heroic, and sympathetic light. We even see some characters whom, in this universe set back decades before the events of the current MCU, we know turn out bad – increasing the feeling of how surreal and foreboding the whole setting is.

As the story progress we see it does not become really any more straightforward than how it began and audiences are set up for a plot as constantly flipping and complex as the shape-shifting Skrulls themselves are. Just as one is never certain if a character in the movie is “real” or Skrull, so the plot itself has so many ups and downs and flips that it is hard to retain any conviction of who’s good or bad, or even what is truly happening, as further layers are peeled off.

The “Captain Marvel” trailer scene of her being flipped and held upside down in a kind of stasis chamber describes well how audiences may too feel after seeing the movie – but in a good way, as it creates a complex plot that in the end feels immensely insightful, rewarding, and well-woven.

The film also connects more deeply to the still uncertain events of “Avengers: Endgame” in a more direct way, at least based on the information we know now, than “Ant-Man and the Wasp” did. With “Avengers: Endgame” coming out soon in late April it seems “Captain Marvel” was well-timed in bringing us back in to the upcoming climatic showdown with Thanos.

With rumors that Captain Marvel and Brie Larson will now be a central part of the MCU going forward as seemingly many previously essential characters will be meeting their ends in “Avengers: Endgame,” we may be seeing much more of Larson and the story built out in “Captain Marvel” as the MCU begins its next stage.

On a broader note, the “Captain Marvel” film itself had caught some controversy before its release due to actress Brie Larson, who stars as Captain Marvel, being vocal about the changes she believes are needed in both the entertainment industry and the media world surrounding it. In many ways Larson is correct in the need for the entertainment world, as well as its ‘evaluators’ in the media, to be more open and accepting of and to people of all backgrounds, as for too long many in the sector have implicitly or even purposely shunned diversity in the mistaken belief that audiences would not accept it.

As box-office-breaking recent films such as “Black Panther,” “Wonder Woman,” “Crazy Rich Asians,” and now “Captain Marvel,” as the first MCU film starring a woman, repeatedly show, American audiences are not only accepting but particularly interested in films that reflect talent representative of and the experiences of all Americans rather than artificially pushing out any group. What Larson is saying and increasingly many others in Hollywood are echoing is that it’s not about ejecting anyone but rather bringing everyone in – as Larson herself said “[w]hat I’m looking for is to bring more seats up to the table. No one is getting their chair taken away…[t]here’s not less seats at the table, there’s just more seats at the table.”

Larson and “Captain Marvel” do a remarkable and excellent job in showing that the MCU can star women as not just a sideshow but a strong center and core. Undoubtedly this breaks barriers and inspires many, including not just women but of all backgrounds, who want to get a fair chance to be able to demonstrate their talent to audiences that similarly want such as well as even beyond the entertainment world.

As a film within itself, “Captain Marvel” does a great job in adding new flair and storytelling freshness to a MCU that is now 21 movies old in just roughly the past decade. But as “Captain Marvel” demonstrates well Marvel Studios and Disney do not intend to let audiences become bored. With “Avengers: Endgame” rumored to perhaps be up to three hours long that initially sounds like quite the challenge but if the skill and ability demonstrated by the MCU’s crafters in “Captain Marvel” is any indication then every minute likely will be savored.