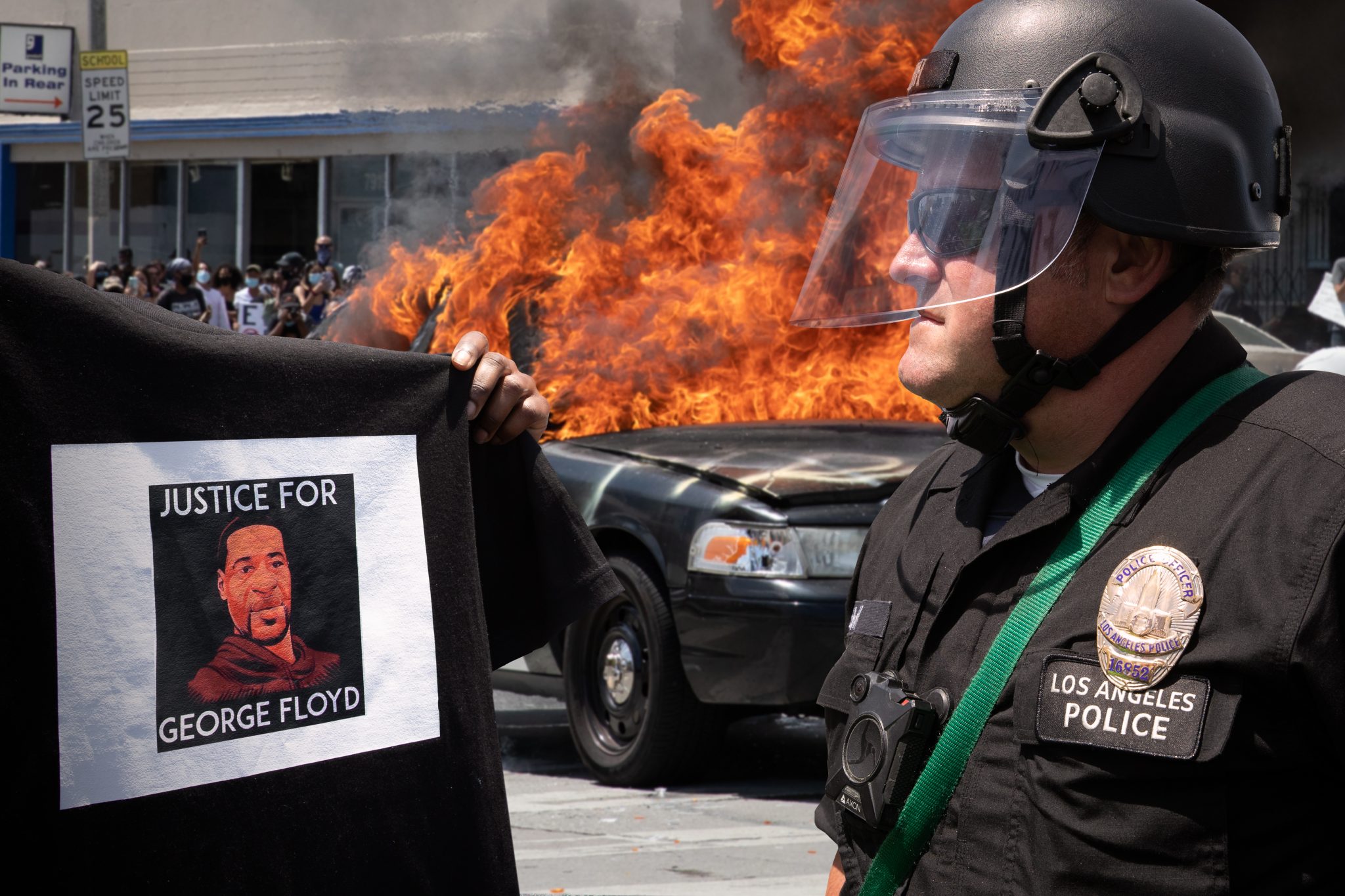 “This was all orchestrated by this president who gave them their marching orders,” Al Sharpton told MSNBC viewers this week about the Unquiet Riot on Capitol Hill. Neither Freddy nor the seven customers who stayed in his “fashion mart” after closing were available for comment.

Inciting a riot does not serve as a prerequisite for gaining on-air employment at MSNBC. But it’s not a disqualifier.

Fuhgeddaboudism demands that we collectively erase context and develop amnesia for not only history but for what happened every night last summer.

Sharpton, who announced, “We will not stand by and allow them to move this brother so that some white interloper can expand his business,” before an armed man shot customers in Freddy’s Fashion Mart and torched it with people still inside in 1995, knows something about incitement (and mucking up facts, as the African American owners, not Freddy, aimed to move a black-owned record store).

“If the Jews want to get it on,” Sharpton said days before the Crown Heights Riots that led to Yankel Rosenbaum’s 1991 death, “tell them to pin their yarmulkes back and come over to my house.” At the funeral of the black child hit by a car in a Jewish funeral procession that set off the riots, Sharpton further inflamed matters by referring to Jews as “diamond dealers” (a remark more temperate than the “Hitler Did Not Do the Job” banner displayed at the memorial service).

Any invocation of double standards regarding the Capitol Hill riot elicits calls of whataboutism, kind of a tu quoque for people who flunked Latin, from the New York Times and other redoubts of fuhgeddaboudism. This latter phenomenon seems the more relevant to the current situation. Fuhgeddaboudism, a kind of Jedi Mind Trick for people who did not watch Star Wars, demands that we collectively erase context and develop amnesia for not only history but for what happened every night last summer.

Remember during the Black Lives Matter riots when Rep. Ayanna Pressley, the Quiet Beatle of the Squad, said on MSNBC, “There needs to be unrest in the streets for as long as there is unrest in our lives”? Fuhgeddaboudit!

How about when Massachusetts Attorney General Maura Healy explained last year, “America is burning. But that’s how forests grow”? Fuhgeddaboudit!

What of Maxine Waters’s bullhorn speech imploring activists to harass prominent Republicans eating in restaurants (just as activists harassed Ted Cruz, Sarah Huckabee Sanders, and other prominent Republicans in public)? “If you see anybody from that Cabinet in a restaurant, in a department store, at a gasoline station,” she instructed them, “you get out and you create a crowd, and you push back on them. And you tell them they’re not welcome anymore, anywhere.” Fuhgeddaboudit!

And how about the last four years of Democrats concocting a “Stop the Steal”–style conspiracy theory, bought and paid for by their own party and the Hillary Clinton campaign, about the Kremlin capturing the White House for Donald Trump? “Our election was hijacked,” Speaker Nancy Pelosi tweeted. “There is no question. Congress has a duty to #ProtectOurDemocracy & #FollowTheFacts.” Fuhgeddaboudit!

At least Martin Scorsese creations fond of fuhgeddaboudit normally refer to wiping the slate clean of your transgression and not theirs. Political fuhgeddaboudism acts as a get-out-of-jail-free card for the malefactors who reflexively dismiss inconvenient truths with the magic word whataboutism.

Given that nearly every conservative who does not wear a Viking helmet, red-white-and-blue face-paint, and furs cringes in horror at the violence on January 6 done by people who vote as they do, what about all this talk of whataboutism?

President Trump sent votaries on a fool’s errand when he encouraged a march on the Capitol. He lost the election by 74 electoral votes, after all, not seven. Trump neither won in November nor stood any chance of succeeding in January. The riot surprised so many because, well, Republicans don’t do that but more so because of its pointlessness. What did they realistically hope to gain beyond catharsis?

People forever mired in an imaginary future when they redeem humanity through the power of their ideas naturally do not possess the time for the very real past in which the power of their ideas looted an immigrant’s American Dream, murdered a retired elderly African American policeman guarding a friend’s property, and torched businesses already burned by lockdowns — and then called it “social justice.” This happened. This happened recently. Should we all pretend it didn’t? And should people not bothered by any of that deliver gaslighting moral lectures about whataboutism to all the normal people horrified by all of it?